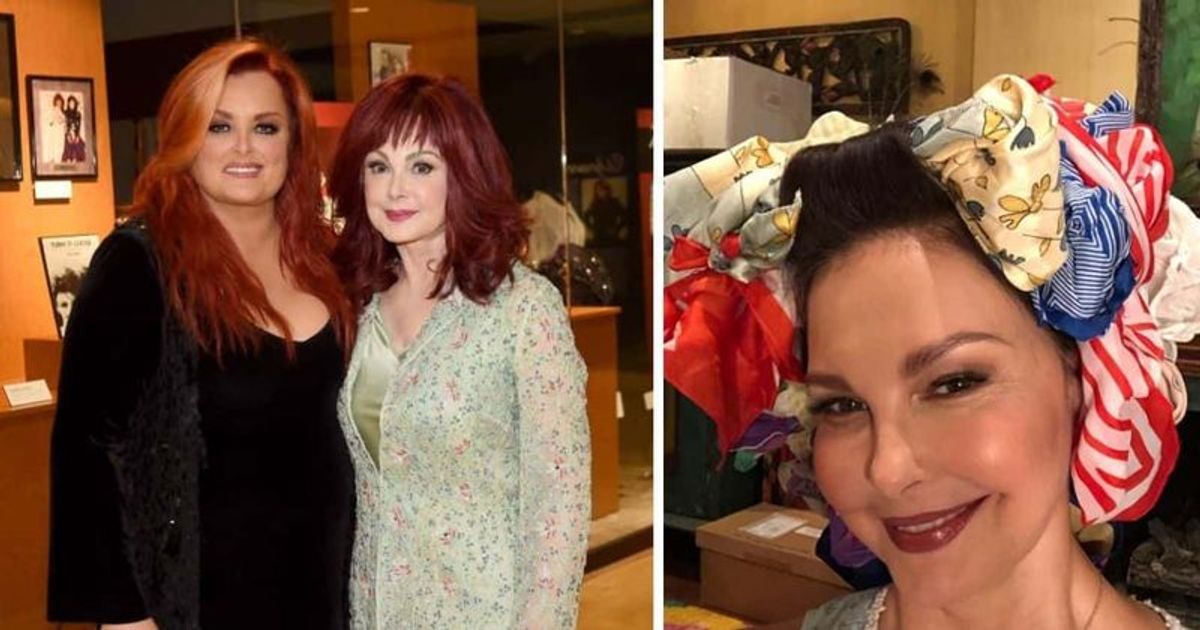 While Wynonna formed one half of The Judd, Ashley starred in the 1995 drama Heat.

Grammy-winning country singer Naomi Judd, who formed the dynamic couple The Judd with her daughter Wynonna, died Saturday, April 30, at the age of 76. The Judds had a string of successful singles throughout the 1980s and 1990s. They produced the 12-song compilation album back in 1994, including the Grammy-winning hits “Why Not Me,” “Mama He’s Crazy,” and “Grandpa (Tell Me ‘Bout the Good Old Days).” The singer died just a day before The Judds were scheduled to be inducted into the Country Music Hall of Fame.

In three decades, the pair achieved 14 No. 1 hits. They split as a performance act in 1991 after Naomi was diagnosed with hepatitis. The Judds had no fewer than 20 top 10 hits between 1984 and 1991 and won five Grammys, nine CMA Awards and seven Academy of Country Music Awards. They have been named Best Vocal Duo by the Academy of Country Music for seven years in a row.

Who are Naomi Judd’s children?

Born Diana Ellen Judd on January 11, 1946 in Ashland, Kentucky, the singer married Michael Ciminella despite being pregnant with another man’s child. She then had to miss her high school graduation to give birth to their child Christina (Wynonna) in 1964. She later gave birth to Ashley after moving to Los Angeles with her husband in 1972. She and Ciminella soon divorced. She worked as a secretary, waitress and model before moving back to Kentucky.

Naomi eventually founded The Judds when her daughter Wynonna was 19. She soon met producer Brent Maher and the duo were signed to RCA Records. Their single “Mama, He’s Crazy” topped the Billboard country chart a year later.

Naomi Judd was a mother to two daughters – Ashley Judd, 54, and Wynonna Judd, 57. Both sisters tweeted about their mother after her death. “Today we sisters witnessed a tragedy. We lost our beautiful mother to mental illness. We are shaken. We navigate deep sorrow knowing that she was loved by her audience just as we loved her. We are in uncharted territory,” they both wrote individually on Twitter.

Wynonna and Naomi collected various hits together as The Judds. Wynonna went solo after their breakup in 1991 due to Naomi’s health concerns. Her popular songs include “She Is His Only Need”, “I Saw The Light”, “No One Else On Earth” and “To Be Loved By You”. Wynonna had said during an interview with The Tennessean in 2019, “She was 36 and I was 18. To go from the annex to the White House to know that we’ve gone from welfare to millionaires and we’re the American dream. People will see this and see themselves in us. It’s important to remember that we are a mother and daughter who came from nothing and made it… and if we can do it, so can you.”

Wynonna met Arch Kelley III in 1993 and married on January 21, 1996 when she was four months pregnant with their second child. Their son Elijah Judd was born on December 23, 1994 before they married. Wynonna’s second husband was her former bodyguard, DR Roach. The couple married in Tennessee on November 22, 2003, but in 2007 he was arrested for sexually assaulting a child under the age of 13. Five days later, she filed for divorce. She became engaged to her boyfriend, musician Cactus Moser, in 2011, and the two married in June 2012. That same year, Moser was seriously injured in a motorcycle accident in South Dakota. As a result, his left leg had to be amputated above the knee.

Wynonna’s daughter Grace was sentenced to 8 years in prison in June 2018 for violating her probation period. She pleaded guilty to possession, manufacture and distribution of methamphetamines.

Ashley, on the other hand, gained popularity in the 1990s after appearing in a number of films. She starred alongside Robert De Niro, Al Pacino and Val Kilmer in the 1995 drama Heat. She has also appeared in Kiss the Girls, Where the Heart Is, Dolphin Tale and A Time to Kill see. Ashley starred alongside Shailene Woodley, Zoe Kravitz, Kate Winslet and Theo James on the Divergent series. She was nominated for a Primetime Emmy Award at the 2012 ceremony for her role on the TV show Missing. She is also a political activist.

Ashley attended 13 schools before college, including Sayre School (Lexington, Kentucky), Paul G Blazer High School (Ashland, Kentucky), and Franklin High School in Tennessee. She majored in French and minors in anthropology, art history, theater and women’s studies. During a break from school, she tried herself as a model for a short time. Ashley became engaged to Scottish racing driver Dario Franchitti in December 1999. The couple married in December 2001 and divorced in 2013 and have no children. Ashley is involved in humanitarian work focused on gender equality and women’s and girls’ sexual and reproductive health and rights.