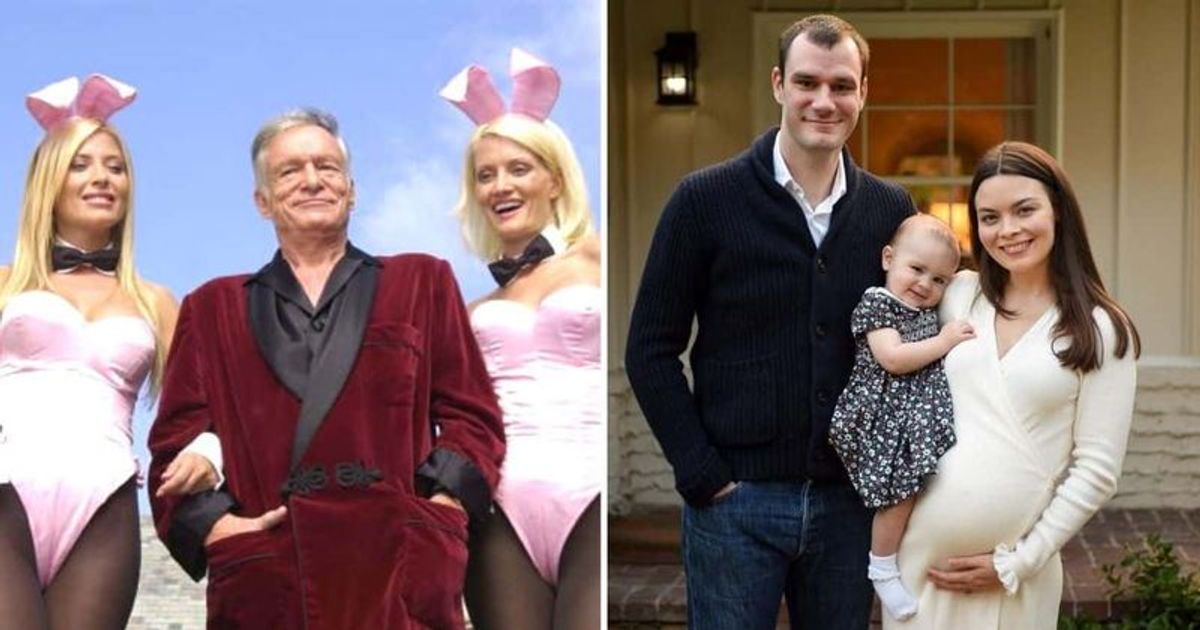 The famous Playboy founder, notorious as a lifelong man of women, married twice in his life, leaving behind three sons and a daughter

Author and businessman Cooper Hefner, better known as the youngest son of Playboy mogul Hugh Hefner, is expecting twins with his wife Scarlett Byrne. The 30-year-old Democratic activist announced the good news on Thursday, November 25th, saying, “Both Scarlett and I couldn’t be happier to continue the adventure of parenting.” Byrne is a familiar face among Potterheads, having starred as Pansy Parkinson in the Harry Potter film series. Cooper Hefner and Scarlett Byrne, who tied the knot in November 2019, are already parents to 15-month-old Betsy Rose.

Cooper Hefner was previously associated with his father’s Playboy Enterprises as Chief Creative Officer and Head of Global Partnerships. However, he left the company after disagreements with then CEO Scott Flanders. He then steered his career in a completely different direction by writing, editing and publishing columns on politics, philosophy and culture. Like Cooper, Hugh Hefner’s other three older children are well established in their own career areas, from business to novel writing. The famous Playboy founder, notorious as a lifelong man of women, married three times in his life, leaving behind three sons and a daughter from his first two marriages.

Born on August 30, 1955 in Palo Alto, California, David Hefner is the eldest son of Hugh Hefner. He is a successful businessman and owns a computer consultancy. His personal net worth is estimated at more than $ 500,000 and he could also have inherited part of his father’s sizable net worth of $ 110 million.

David Hefner decided from the start to stay away from his father’s business and built his own business from the ground up. He also directed the indie film Forgotten Pills, starring Christina Murphy and Shane Callahan, and produced another titled Washed.

Hugh Hefner’s only daughter and eldest child is an established business woman thanks to her father’s globally recognized publishing house. Christie Hefner was Chairman and CEO of Playboy Enterprises from 1988 to 2009. In fact, she became the longest-serving female CEO of any public company. She is credited with expanding the magazine’s business beyond the United States and publishing 25 regional issues. She also helped build an adult-centric television channel from Playboy. On the philanthropic side, Christie Hefner is solely credited with starting a charity foundation on her father’s behalf to help AIDS patients.

In her personal life, she was married to Illinois Senator William Marovitz for 18 years until she divorced in 2013.

Marston Hefner is the older son of Hugh Hefner with his second wife, Kimberly Conrad. Marston grew up in the Playboy mansion and was notorious for his frivolous lifestyle. He gained considerable limelight following his arrest in 2012 for allegedly assaulting his Playmate girlfriend Claire Sinclair. Marston now happens to be a writer and has written a zombie-themed book “Bleed”.

Hugh Hefner’s youngest son was born in September 1991 when the late Playboy mogul was 65 years old. He graduated from Chapman University in 2015 and started working at Playboy Enterprises during his studies. After leaving Playboy, he started his own media company, Hop.