Who are Alexandra and Shane Cunningham? Amber Heard-Johnny Depp lookalikes slammed for parody 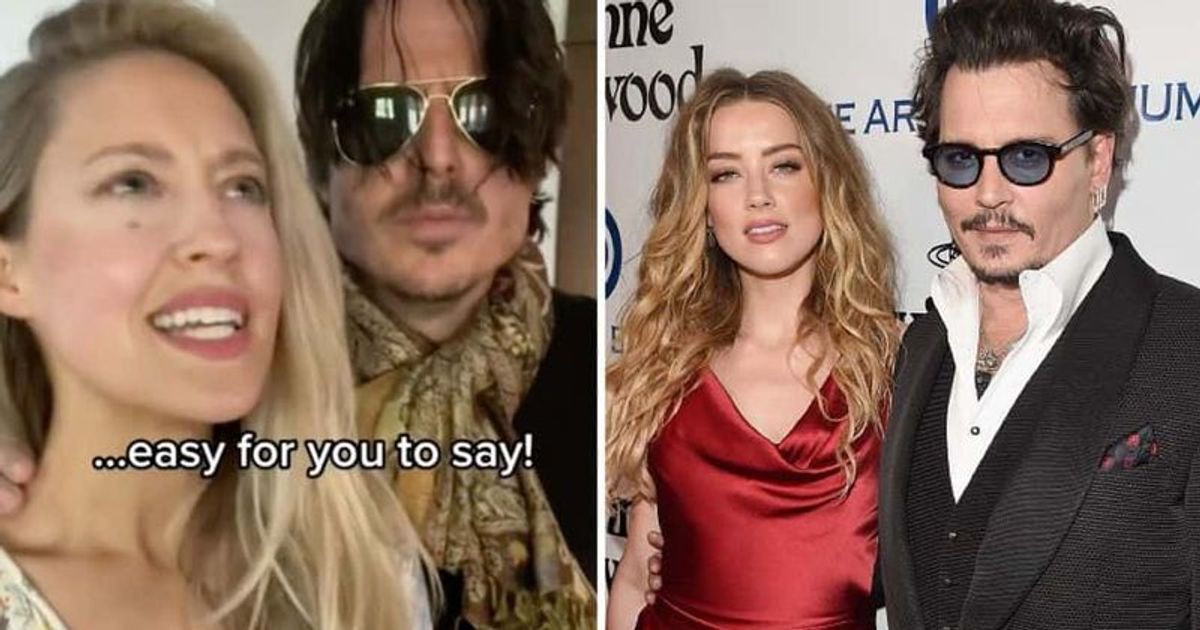 While some think the Cunninghams resemble Heard and Depp, others claim they “do not look like them.”

A Canadian couple with a striking resemblance to Amber Heard and Johnny Depp have become popular on TikTok after posting a parody of the public’s reaction to the actors. Alexandra Cunningham shared a knockoff video via social media on Sunday May 22, 2022, also starring her husband Shane.

The video, which has garnered over 2.1 million views in less than 24 hours, shows how much of the public appears to have sided with Depp during the tense court battle, while Heard was slandered online. “People have told me before that I look like Amber Heard, but things have escalated since the trial began,” says Alexandra, who some think looks virtually identical to the ‘Aquaman’ actress in the Tiktok video.

The video begins with a neighbor yelling, “Hey, Amber, start this!” as they throw a tomato at her head. “You suck, Amber!” the agent provocateur exclaims angrily before running off, leaving the doppelganger (Alexandra) stunned. Shane then comes out looking like a dork with shaggy hair and sunglasses and steps out the front door to get a very different reaction from the “neighbors”. In the parody, a viewer exclaims, “We love you, Johnny!” as Shane exits with a smile on his face. “Everything you say is perfect!” Someone else flatters.

The clip appears to be a parody of the different reactions Depp and Heard get when they leave the Virginia courtroom each day. As she exits the courthouse, Heard is frequently booed, while Depp is greeted with enthusiastic screams from fans who have waited in line for hours just to see him. Many Depp fans usually stand with posters supporting him and calling Amber Heard the real “abuser”.

The Cunninghams have not only found some fame on social media thanks to their resemblance to Depp and Heard, but also because they have a beautiful relationship. However, some TikTok users think they look more like Pamela Anderson and Tommy Lee than Depp and Heard. Meanwhile, others said Alexandra resembled ‘Gossip Girl’ star Blake Lively. One viewer joked: “Oh honey no. You’re a lot prettier than Amber Heard.”

However, Twitter has proven to be a minefield for the Cunninghams as most of the comments they receive seem to be negative. One user wrote, “They don’t look like them at all, they look like attention seekers,” while another said, “Wish they looked like them. There’s no resemblance 🙄🙄🙄” One user wrote, “The look-alike for Amber really doesn’t look crisp enough,” while another said, “Look-alikes if they were hit by a bus and towed to Newark.” Someone else pointed out pointing out: “Nothing to be proud of, maybe she could pass as #BlakeLively sister 🤮🤢 #AmberHeard.”