Where was “When I Think of Christmas” filmed? See Cast Stories & Locations 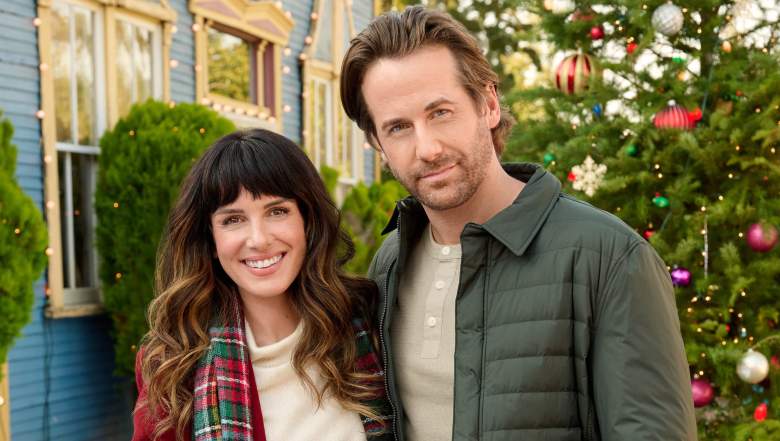 The Hallmark Channel’s newest film, When I Think of Christmas, premieres Sunday, November 20 at 8:00 p.m. Eastern/7:00 p.m. Central. The film stars are Shenae Grimes-Beech, Niall Matter and Beth Broderick. Here’s everything you need to know about where ‘When I Think of Christmas’ was filmed and which cast members were involved in bringing the film to life.

When I Think of Christmas was filmed in the Vancouver region of Canada. The film was produced by Seasonal Road Productions LTD. under Front Street Pictures based in Vancouver, British Columbia, Canada.

Grimes-Beech shared a few snaps of her stay in BC during filming, which marked her first return to set in five years.

“First week back on set ready and dusted!!!” she wrote on Instagram.

She continued, “I can’t believe it’s been 5 years since I’ve been on a movie set. For 15 years this environment was my second home and I was so relieved that everything came back immediately like riding a bike!”

She also wasn’t that ready to leave after filming wrapped.

“BC, you are so damn beautiful. How are we ever going to leave this place?!” she wrote.

Broderick posted a selfie on Twitter with Matter. Matter is known for not using social media much and keeping his internet interactions to a minimum, so it’s nice to have a selfie from the set.

She also posted on Instagram: “With the beautiful @shenaegrimesbeech. Watch this Sunday! #whenithinkofchristmas @hallmarkchannel . Don’t miss this!”

Broderick also shared her love for Vancouver in this next post, writing, “I’ve chosen a life that takes me from place to place to place. Some familiar and some exotic.”

“View from the seaplane yesterday. Stunning ride!” she wrote in another post.

Hallmark’s synopsis of the film reads:

Shenae Grimes beech, who plays Sara, is an entrepreneur, actress, and podcast host, according to her bio. She is best known for her roles in Degrassi: The Next Generation and 90210, where she played mean girls. Grimes-Beech is a co-host on POPSUGAR Now.

She also has a large following on Instagram and TikTok, where she often shares funny videos with her family.

Niall Matter (Josh in the film) is probably best known for his recurring roles as Zane Donovan on Eureka and Evan Cross, the main character on Primeval: New World, both on Syfy, according to his biography. Matter works on a mix of American and Canadian projects. He has guest-starred on The Good Doctor, NBC’s Constantine, and The CW’s Supernatural and iZombie. Matter also had a starring role in the TNT pilot, Guilt by Association, starring Julia Stiles. Matter also played Ian in Finding Father Christmas, Engaging Father Christmas, Marrying Father Christmas along with a starring role in the Aurora Teagarden series.

Beth Broderick plays Anna in the film. According to her bio, her first film was Stealing Home, which also starred Jodie Foster and Mark Harmon. She has appeared in such films as Psycho Beach Party, Bonfire of the Vanities, Fools Rush In, 1000 Pieces of Gold, Shadowhunter, French Exit, The Silencer, Man of the Year ‘, ‘State’s Evidence’, ‘Tom’s Nu Heaven’, ‘Timber Falls’, ‘Bad Actress’, ‘Fly Away’, ‘Something About Her’, ‘Echoes of War’ and ‘Two Step’. .

Unfortunately, her father passed away last September. On Instagram, she wrote: “Cheers dad. You had one hell of a run. rest now.”

She said her father has been reunited with her mother and wrote, “Dad has joined her on Sunday on every journey that is ahead of them.”