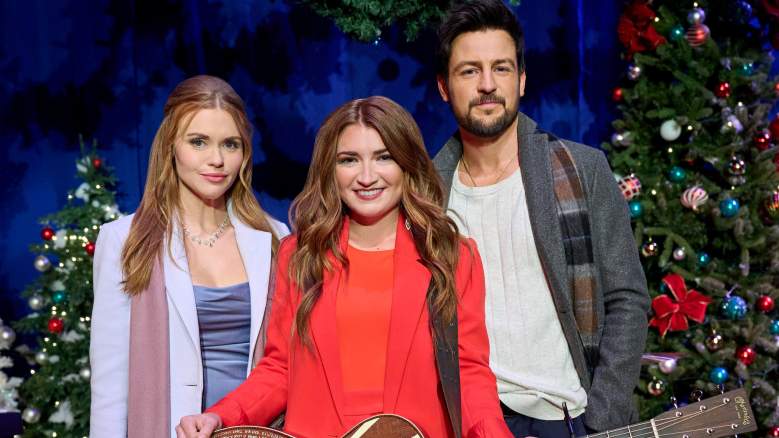 The latest film from Hallmark Movies & Mysteries, Time for Him to Come Home for Christmas, premieres Saturday, November 26 at 10 p.m. Eastern/9 a.m. Central. The film stars Tyler Hynes, Holland Roden and Tenille Townes. Here’s everything you need to know about the film and where it was filmed.

Back in August, Heavy wrote about Tyler Hynes giving us a glimpse into a Christmas movie he was working on in late July.

We now know that this movie is Time for Him to Come Home for Christmas, a movie from executive producer Blake Shelton. This is the fifth installment in the Time For series.

Tenille Townes (The Lemonade Stand), a singer, songwriter and performer who has won both the CCMA Entertainer of the Year Award and the ACM Award, has a special cameo appearance in the film singing Shelton’s song “Time for Me to Come.” Home.”

The Vancouver-based chef and self-proclaimed TV and film addict “Chef B Wall of Fame” got the chance to snap a selfie with Holland Roden during filming and posted it to Instagram.

Director David Winning shared this post and tagged it #YVRshoots (aka Hollywood North Buzz in the Vancouver area).

The SleepyKittyPaw Twitter account also reported on the shooting of the film in Vancouver at the end of July.

UBCP/ACTRA has listed the film as ‘Time to Take Me Home for Christmas’ from July 18th to August 5th in the Burnaby area.

Tyler Hynes plays Josch. According to his biography, after gaining stage experience, he transitioned into acting in his debut film, Little Men, starring Mariel Hemingway. He then acted in a variety of productions for television and film. He was last seen in “Three Wise Men & a Baby,” which was a big hit for the Hallmark Channel.

He has also written, directed, produced and edited over a dozen music videos for musicians such as Shaun Frank, Rezz and other artists. These videos have been featured on Billboard and nominated for awards.

Holland Roden, who appears as Elizabeth, is best known for her starring role in Teen Wolf, which aired on MTV for six seasons. According to her bio, she recently wrapped up filming on Teen Wolf: The Movie for Paramount+. Roden previously starred in the horror film Escape Room: Tournament of Champions produced by Sony Pictures and Mayas MC which was broadcast by FX. Roden served as both producer and cast member on the indie film Mother, May I? She also starred in “Channel Zero” on Syfy and “Lore” on Amazon Prime.

“I’m honored that @blakeshelton is producing – all the Blake fans you’ll be in on the Easter egg :)” she shared on Instagram.