Where is Bianca Hayes now? Update on ‘My 600-lb Life’ star whose food addiction almost killed her 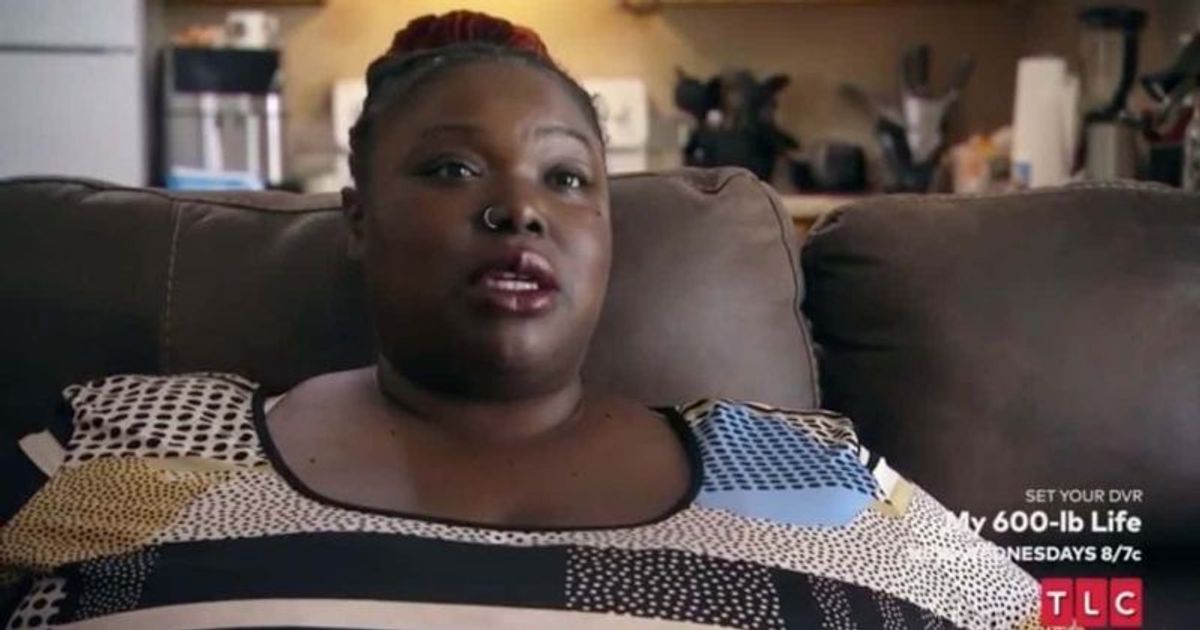 Who hasn’t turned to food for comfort in stressful or sad moments? For the 32-year-old Bianca Hayes, eating has been her loyal companion since childhood. When her mother was busy drinking, she would give little Bianca something to eat to keep her calm so that she could concentrate on her drink. After a short time, Bianca began to combine food with comfort and continued to eat in order to feel better about everything. By the age of seven, Bianca weighed a whopping 200 pounds as she continued to eat what she wanted.

Unfortunately for Bianca, she was soon diagnosed with high blood pressure and began to become aware of her body and weight. But she continued to eat as she pleased, and unfortunately her mother did not put her on diet or exercise to help her stay healthy. Since then it has only been downhill for Bianca. Her mother married and Bianca was briefly happy to have her stepfather in her life. Her stepfather was her mother’s drinking buddy, and that meant Bianca was getting more and more food and putting on more and more pounds. Now at the age of 32, Bianca weighs 604 pounds and is the mother of two children. Bianca’s greatest fear is that she might die, leaving her two young children behind without a mother. Determined to turn a new page in her life, Bianca turned to Dr. Now and appeared on ‘My 600-lb Life’.

Where is Bianca Hayes now?

Bianca felt very guilty about not being able to take care of her children the way she wanted because their weight restricted their mobility. Bianca had to rely on her boyfriend / baby daddy Romonte to not only do the daily activities around the house, but also to do a large part of the job of raising her children and looking after the family. Romonte admitted that his partner had been through a lot in her life, but described her as an “Arab horse stuck in the body of an elephant”. He was dissatisfied with her inability to help with the housework and encouraged her to work towards losing her weight so that she could not only be healthy but also start increasing her weight in raising her children.

Bianca and Romonte traveled all the way from their Fayetteville, TN home to Houston to see Dr. Now to meet. During her first weigh-in, Bianca weighed 604 pounds. She was relieved that she didn’t weigh more than she had weighed, but she was disappointed to have put herself in this situation. She pointed out how her love and addiction to food was slowly killing her. She described it as a poison in her body. She also revealed that she had had weight loss surgery (gastric cuff surgery) in the past, and things were fine for a while, but after getting pregnant with their second child, Bianca went back to her old habits, swallowing chips and sodas and before she knew it, she was eating too much again and regaining all of her lost weight.

Dr. Now was a little apprehensive about having her have another operation as her previous one proved to be a failure. He asked her to prove that she had actually committed to her goal by losing 50 pounds before the next consultation. Bianca consciously worked on her emotional eating habit and began to pay attention to her portions and also to eat cleanly. She even included exercise in her routine three times a day. Since she was exercising with her son, she viewed it as a bonding time rather than a chore, which helped her stay on track. During her next consultation, when she was weighed in Binaca, she lost 48 pounds and now weighed 558 pounds. Even though she was the one from Dr. Now that she didn’t achieve her goal, she was still pretty close, so the doctor was a little optimistic about her progress.

He booked her for an endoscopy to check if she had any scar tissue damage from her previous surgery before approving her for another surgery. Unfortunately, she had significant scar tissue damage, which meant that Dr. Now had to proceed with caution. He told her he could do gastric bypass but asked her to keep working on maintaining her weight and monitoring her binge eating. He even suggested moving to Houston so she could focus on her trip. Shortly before they moved, Romonte and she separated and that put them under great stress. But instead of going back to her old habits, she concentrated on preparing for her big move. This stress showed up on her next weighing session when it was found that she only lost 1 pound.

Dr. Now, concerned about her progress, decided to suspend her surgery for the time being and asked to see a therapist so she could work on her emotional problems and see her again a few months later to determine when to operate on her. On her next visit, Bianca lost a whopping 49 pounds. Dr. Now decided to have her operated on. During the operation, he found that there was significant damage to the scar tissue, so he changed his plan and decided to do a partial gastric bypass instead of a full bypass. He believed that this would help Bianca with her weight loss, but emphasized how the surgery that was associated with the therapy would further help her.

In the update segment, we see that Bianca has lost 48 pounds since the surgery and currently weighs 448 pounds. She lost a total of 156 pounds. She got a new job at a grocery store packing groceries and also signed up for an aqua aerobics class to continue her weight loss journey. Bianca seemed most pleased that she could now be present in her children’s lives and spend more time with them. Bianca remains in Houston working towards her goal of getting well for her children.