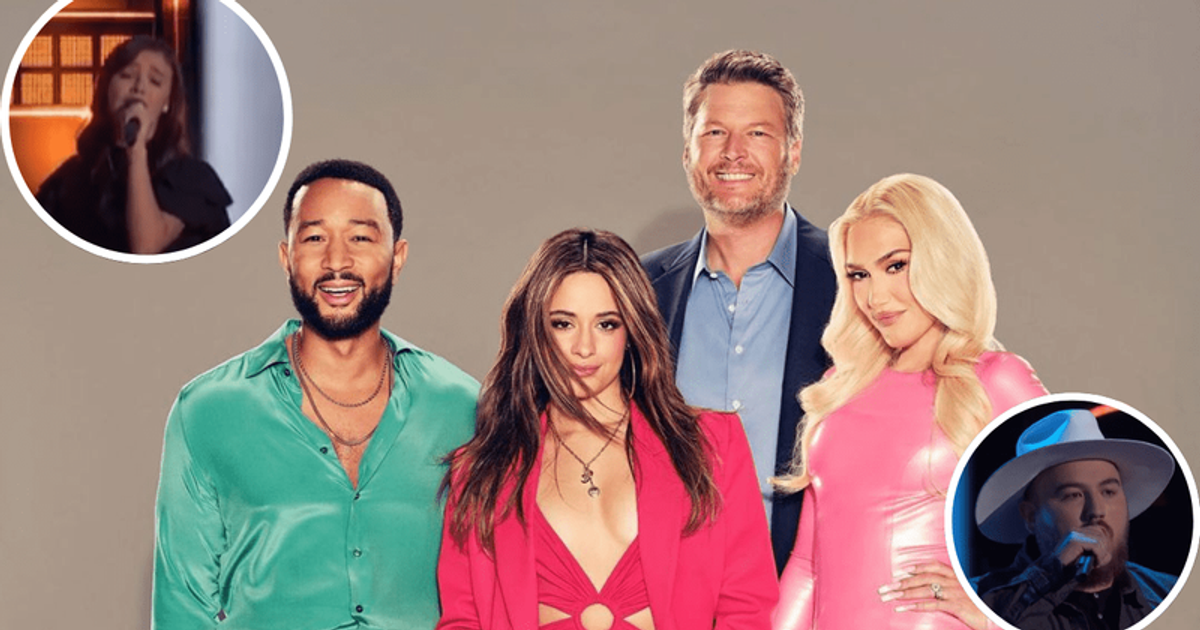 After another exciting installment of The Voice’s outstanding performances, fans are eagerly awaiting Episode 3

Spoilers for ‘The Voice’ Season 22 Episode 2

UNIVERSAL CITY, CALIFORNIA: ‘The Voice’ made its season 22 debut on Monday, September 19 on NBC. Judges Gwen Stefani, Blake Shelton and John Legend returned to their swivel chairs and were joined by ‘The Voice’ debutante Camilla Cabello. The rookie judge has repeatedly expressed her excitement at the opportunity. Season 22 retains most of the features of its predecessors, with just a few changes, such as the lack of a mega mentor to assist or the upstake with three artists per knockout.

The first episode of the singing competition series had some memorable moments and performances. Team Legend, Team Cabello, and Team Stefani all found members, but Team Shelton hadn’t recruited anyone throughout the episode. Blake Shelton expressed great interest in adding contestant Kate Kalvach to his team. So much so that he even pulled out a goat to show her he was the GOAT (greatest of all time). However, we do wonder why the show had a goat backstage. Overall, the first two episodes seemed to generate a lot of excitement from fans (and Camilla, of course) and we’re all looking forward to the next one.

When will The Voice season 22 episode 3 air?

The Voice season 22 airs on NBC. Fans can also stream the show’s latest episodes on FuboTV, a live TV streaming service with multiple plans and add-ons, starting at $70 per month. It offers many popular cable channels like AMC, CNN, Food Network, FX, Discovery, TLC and more. Viewers can also watch the series on Peacock.

Episode 2 of season 22 of The Voice picked up where the premiere left us, Kate choosing her team. She gave Blake his first win by selecting Team Shelton, choosing him as their coach due to their hometown together. In this episode, the highlight was perhaps 13-year-old Reina Ley. Reina, a mariachi singer from Arizona, chose the traditional song “Cielito Lindo,” which made Camilla flip immediately. Her performance even had Gwen grooving to the beat. Camilla was particularly enthusiastic about her song choices and her pride in her culture. Reina called Camila her personal idol, so it was no surprise that she went with Camila.

Team Blake has found its second member in Bryce Leatherwood. Although John did his best to win him over, especially with a tone of voice that sounded a little “anti-Blake,” which Blake pointed out, Bryce ended up being won by Blake. John ended up again in another competition with fellow judge Gwen. The two competed around Peyton Aldridge, who, according to John, charmed soul and beauty. His soulful rendition of John’s “All Of Me” also spoiled everyone. Blake, whose team was blocked by John, tried his best to support co-judge and wife Gwen in their cause, but Peyton ended up being Team John the entire time.

There were many spectacular performances and at the end of the evening all teams gained new talented members. It was another night of beautiful singing, excitement and plenty of judges’ pitches. Is Blake and John’s competition turning into a full-blown rivalry? We won’t know until the end of the season.

What to Expect in Episode 3 of The Voice Season 22?