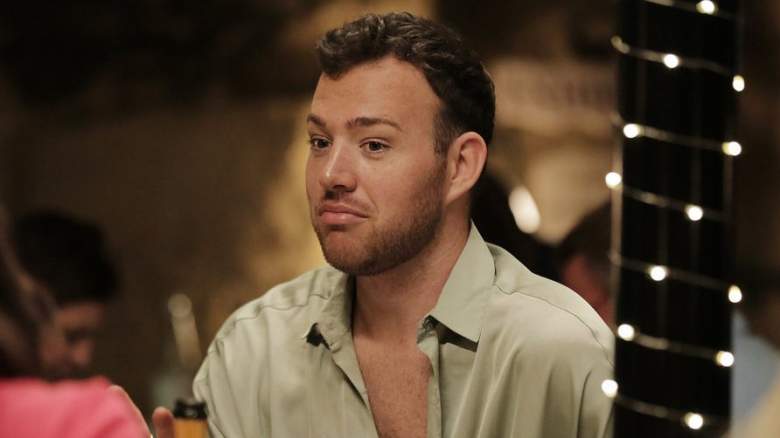 Below Deck Mediterranean star Kyle Viljoen is getting honest about his friendship with fellow stew Natalya Scudder.

During this season of the show, the two stews started out as best friends, but things started to get bumpy after Scudder felt Viljoen wasn’t doing his part when working on the superyacht. However, things took a turn for the worse during one night when the two got into a verbal altercation and their relationship remained strained for the remainder of Viljoen’s time on the boat.

Where are the two stews today? It looks like Viljoen is still hurt from her falling out.

“By the end with Natalya, I’m still upset and hurt because I’ve often apologized for my wrongdoing,” Viljoen revealed in an interview with showbiz CheatSheet published Nov. 5. “I’m a person who will stand up and say I was wrong. Maybe I’m not there right now. I need a breather and I’ll come back and say, ‘Hi, that was my wrongdoing. I’m sorry for ABCD.’ But not even that I get an apology from her for the way she treated me, put me down and talked about me.”

Viljoen continued: “So that was the hurting factor. I don’t expect apologies from people, but an apology from me means you’ve realized your wrongdoing, rather than just saying, I’m sorry, let’s move on. I can keep going.”

Viewers can watch the season finale of Below Deck Mediterranean, which airs Monday, November 14 at 9 p.m. ET on Bravo.

During a September 2022 appearance on Watch What Happens Live, Scudder revealed that she is currently blocking Viljoen, but described their relationship as sibling-like.

“It has its ups and downs,” Scudder said of the current state of their relationship during the episode. “I currently have him blocked. It’s like brother and sister. Some went down. Lets see what happens. I get over things very quickly. That’s how he does it. So I’m sure if we saw each other in a bar we’d be like brother and sister again. But right now it’s a no for me.”

Though this season of Below Deck Med has had its fair share of drama, one former star isn’t too impressed. While appearing on a Nov. 4 episode of Brandi Glanville’s podcast, former Below Deck boss Kate Chastain went on the ministry she saw in this season’s Below Deck Med.

“I think she’s just really, really terrible at her job and in a lot of ways,” Chastain said of Natasha Webb, this season’s BDM boss.

Chastain continued, “It’s almost embarrassing for the yachting industry when a girl spreads cruise vibes. You know, obviously she doesn’t drink as much as we do because everyone who actually drinks is like, ‘Give me vodka. give me champagne give me a tequila A mixed drink, I drink that too. Espresso martini and a margarita. Maybe an Aperol Spritz.’”