Where are the ‘Hell’s Kitchen’ winners now? 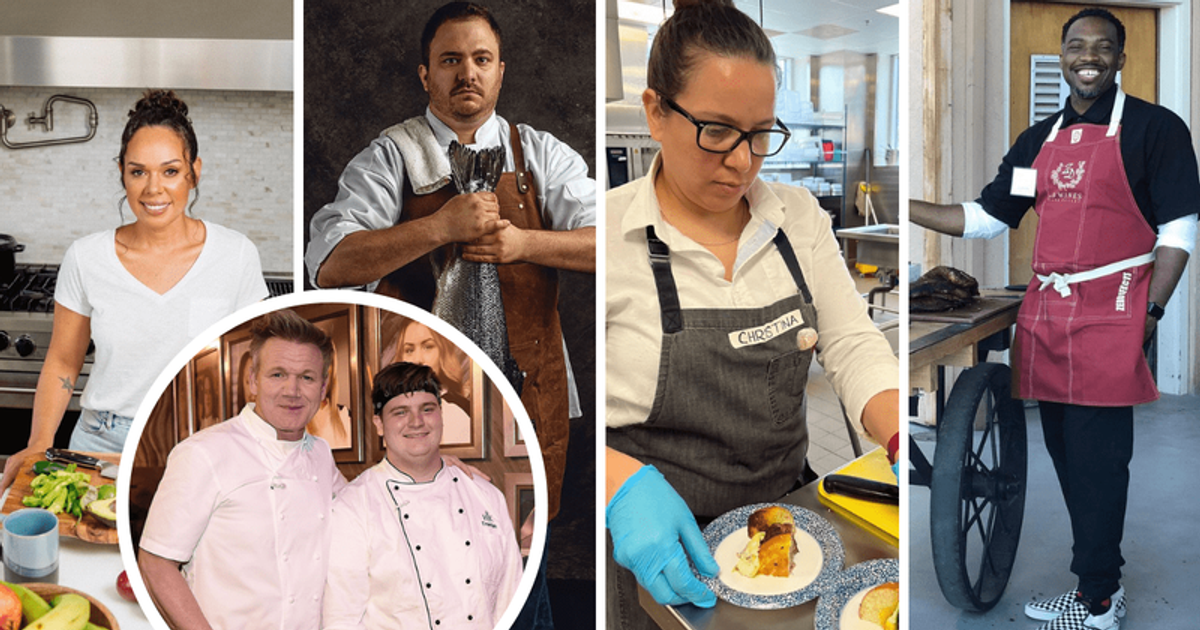 Let’s find out what the former contestants of the reality cooking show are up to now, having won their respective seasons ahead of the season 21 premiere

The popular cooking reality show Hell’s Kitchen is back for another season. That’s right, the fierce cook-off will premiere its highly-anticipated 21st season, and viewers can rest assured that it’ll be just as entertaining as all previous seasons. From brutal honesty to plain old classic insults thrown around galore, this Fox reality cooking series has it all served up on a silver platter. If you can’t keep up, you better get out of Gordan Ramsay’s kitchen.

Hells Kitchen has a reputation for being one of the most brutal cooking shows out there, with cut-throat competition. Led by Michelin-starred chef Gordan Ramsay, it’s one hell of a ride for all participants and spectators alike. As last season focused on the Young Guns theme, this season’s theme is Battle of Ages. And we are sure it will be a struggle to witness. The season promises the return of some older faces from previous seasons. You can read more about the cast of Season 21 here. Which brings us to the question: What have the winners of the last 20 seasons been doing? Let’s find out what these ex-contestants are cooking up after the show. Other similar shows to watch if you love Hell’s Kitchen are Iron Chef, Masterchef, and Next Level Chef.

Season 1 winner Michael Wray declined to work under Ramsey due to family reasons. He later became a chef at The Standards restaurant in Los Angeles before opening his own restaurant called Tatou. He tried to open a second restaurant called HK One but due to financial reasons it was an unsuccessful attempt. Wray then opened his knife company called Skull and Cleavers and teaches cooking classes. After the tragic death of his daughter, Wray, a recovering drug addict, succumbed again to the habit and spent some years of his life on the streets. He is now back on track with his recovery and is cooking again.

Heather West was the show’s first female winner. After her victory, West was not given a job as head chef. Instead, she was offered a position as Executive Chef at Terra Rossa at Red Rock Resort & Spa in Las Vegas, plus a salary of $250,000. After the year’s contract expired, West moved from Washington to North Carolina and then to California. She has worked as a chef at Monterey’s, Jellyfish Restaurant and the Broadway Grill. Today she is married and the mother of two sons. West has bravely shared her postpartum depression struggles on social media. She had returned for the 6th season of ‘Hell’s Kitchen’ as the red team’s sous-chef.

After his time at Terra Verde, Season 3 winner Rock Harper relocated to Washington, DC where he became Executive Chef at Ben’s Next Door. Harper also started a podcast called “The Chef Rock Xperiment” about “empowerment, education and entertainment for the food and beverage industry”. Harper has even taken his love of all things culinary to the publishing world. In 2010, he wrote a best-selling book entitled 44 Things Parents Should Know About Healthy Cooking For Kids to help parents teach their children about healthier eating and nutritional habits. He also reappeared in some of the final seasons of Hell’s Kitchen.

The least experienced chef on the show, Christina Machamer, broke the then-record for most challenge wins with a total of nine wins throughout the season. She was offered the option of taking her $250,000 prize all at once or earning it through salary while working as senior sous chef at Ramsay’s newest restaurant, London West Hollywood. After a ten-month stint there, Machamer moved to Thomas Keller’s Bouchon Bistro. She later returned to school to become a sommelier, moved to Napa Valley and became a certified sommelier. She helped plan and develop the demonstration kitchen and culinary program at B Cellars Vineyards & Winery. Many Napa luxury brands have consulted with her to help build their foodservice and hospitality businesses. Machamer is currently engrossed in her personal business, Chef C Mac. She also reappeared in later seasons of Hell’s Kitchen.

Season 5 winner Danny Veltri moved to Atlantic City, New Jersey and worked as a sous chef at Fornelletto at Borgata. He then returned to Florida and started his own business called Back From Hell Catering. It wasn’t long before he helped open Gnarly Surf Bar and Grill where he served as General Manager. He is currently working on his own personal website and has stated that he would like to have his own show.

After his win, Dave Levey initially thought he would work as a chef at Araxi Restaurant & Bar, but was told he would become a line chef instead. He didn’t like it, and eventually left the job after a year and moved to his hometown of Chester, New Jersey. He keeps his personal life under wraps but occasionally posts a selfie with his dog and plenty of pics of the delicious food he conjures up. It is speculated that he works as a baker at Mara’s Café & Bakery and is successful.

Season 7 winner Holli Ugalde was offered a position at the prestigious Savoy Grill in London but was unable to take the job due to visa issues and only accepted the prize money. Ugalde worked as a chef at B Ocean’s in Florida. She later switched to design and also started a lifestyle program called SENS Wellness. Since then she has worked as an organic farmer at Green Acres Culinary Farm, as a design manager at Beaumont Electric and as a business owner in the lighting industry. She also served as spokesperson for her alma mater, Le Cordon Bleu College of Culinary Arts.

After her win, Nona Sivley began working at LA Market in Los Angeles. Sivley, now going by the name Nona Johnson, and her wife started their own business called Sizzling Peach, serving customers in and around Atlanta, Georgia and helping them with their catering needs. As the website describes, “Here at Sizzling Peach, we pride ourselves on doing more than just feeding your guests.” Promising customers a glimpse of healthy and wholesome food options, it’s branded a “luxury catering service.” She also works at a grocery store that focuses specifically on organic produce and works with local farmers

Season 10 winner Christina Wilson has been dating host Gordan Ramsay since her first show appearance. Wilson has made multiple appearances on the show even after her win. From sous chef to juror, a mentoring role in recent years. This was particularly evident during her 2021 appearance on Hell’s Kitchen: Young Guns. She will be back in the latest season of the series.