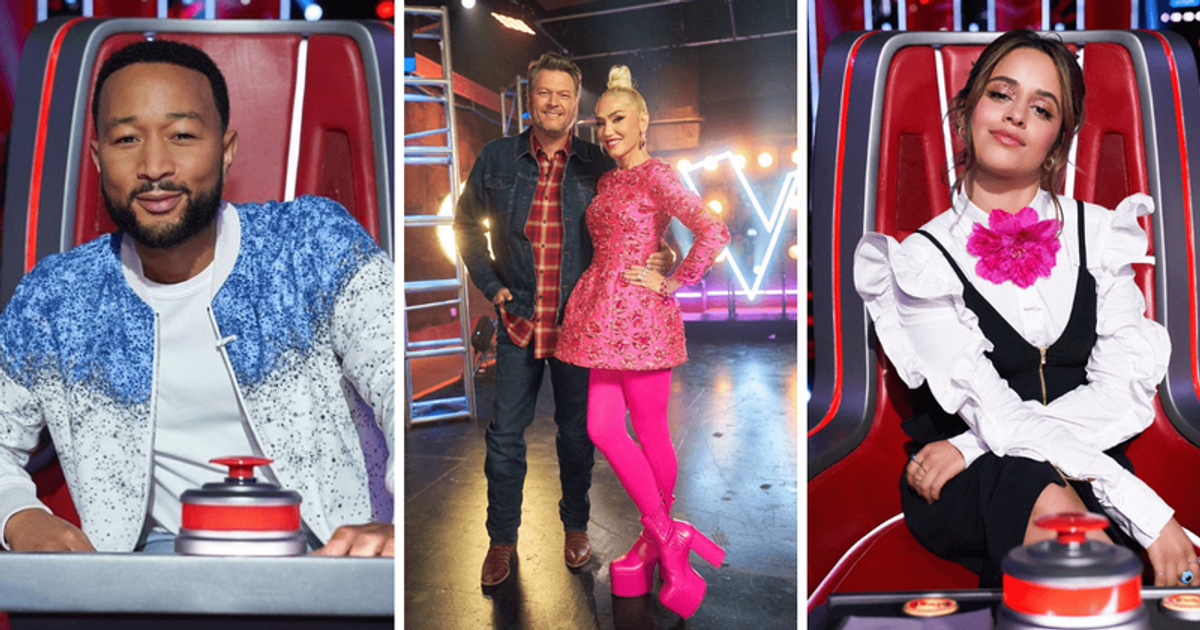 With breathtaking performances, industry titans as judges and a guest appearance by a goat, The Voice season 22 is as lively as ever, and fans are fervently looking forward to the next installment

UNIVERSAL CITY, CALIFORNIA: Following its premiere on the NBC network, the 22nd season of ‘The Voice’ released its first two episodes on September 19th and 20th for all fans to watch with bated breath. Featuring many mind-blowingly great performances from newcomers and industry veterans alike, Episodes 1 and 2 definitely set the fans fireing up for more. This season is also the first for Fifth Harmony rookie judge Camilla Cabello. Cabello himself started out on a similar singing competition show, The X Factor.

Camilla was joined by the show’s judges John Legend, Blake Shelton and Gwen Stefani. And a goat too, but that’s another story. In Episode 1 we saw a lot of beautiful vocals from the contestants and drama between the judges. From Blake muting Camilla to his somewhat friendly rivalry with fellow judge John, the series premiere and sequel undoubtedly lived up to audiences’ expectations.

When will The Voice season 22 episode 3 air?

The Voice season 22 airs on NBC. Fans can also stream the show’s latest episodes on FuboTV, a live TV streaming service with multiple plans and add-ons, starting at $70 per month. It offers many popular cable channels like AMC, CNN, Food Network, FX, Discovery, TLC and more. Viewers can also watch the series on Peacock.

Episode 1 of Season 22 of The Voice had some fascinating auditions from talented contestants. As usual, some made it onto the show, some didn’t. Some performances that caught our attention were from Emma Brooke, Orlando Mendez, Jay Allen, Kate Kalvach, Alyssa Witrado and Chello. There were some eventful moments on the first night, like country singer Bryce Leatherwood’s flawless performance of Blake’s version of the song “Goodbye Time” by Twitty, which the other judges said made Blake “thirsty.” There was also the whole competition with John and Gwen over Peyton Aldridge where John even blocked Team Blake to get Peyton on his team. With two episodes in which the judges brought out their best pitches to the contestants and soulful performances, The Voice season 22 concluded its auditions for the week, and fans will get a taste of more in the week to come.

What to Expect in Episode 3 of The Voice Season 22?