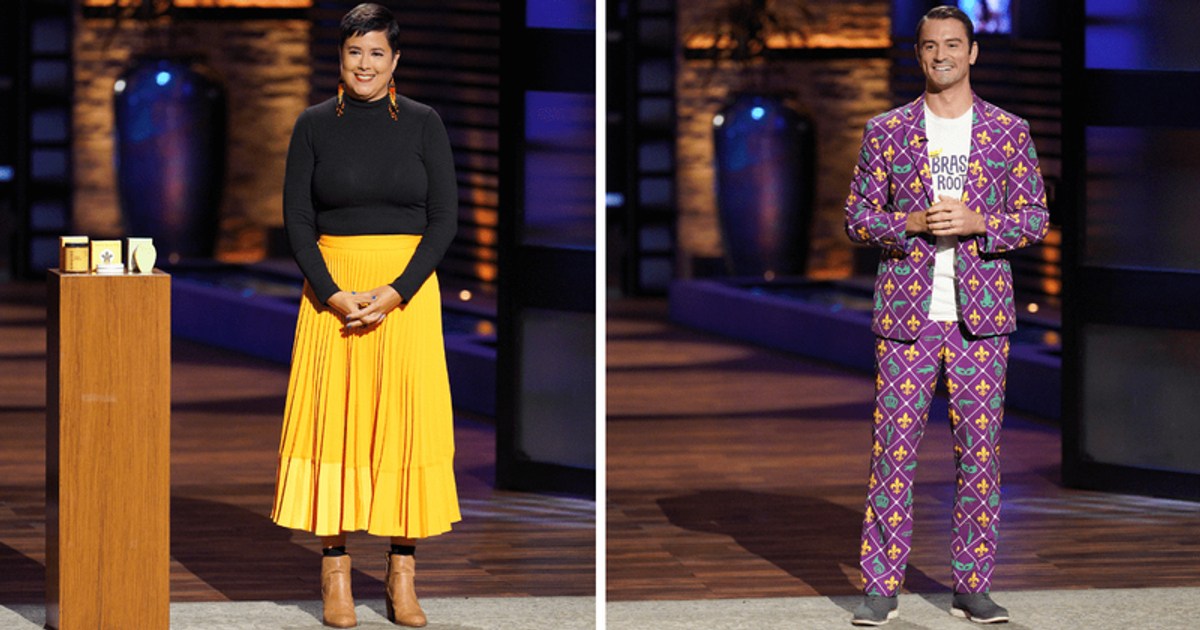 LOS ANGELES, CALIFORNIA: For many people, Friday nights are associated with Shark Tank nights. The in-tank drama will no doubt fascinate you as you see entrepreneurs pitch their unique products and services in front of the ever-cunning sharks, and then witness the sharks either launch a raging bidding war or burn the entrepreneur on fire for their business strategies. Shark Tank season 14 returns this Friday with another episode featuring more entrepreneurs hoping to attract investment for their ventures. The episode will also see the return of a fan favorite Gasthai.

Guest shark Daniel Lubetzky, a Mexican-American billionaire businessman, philanthropist, author, and founder and CEO of snack company Kind LLC, returns to the tank alongside regular sharks, Lori Greiner, Kevin O’Leary, Daymond John, and Mark Cuban! Read on if you want to learn more about the upcoming episode and the intriguing pitches that await.

Here’s a little taste of all the products/pitches featured in the episode:

brass roots: Aaron Gailmor from New Orleans brings Mardi Gras to the sharks with a tiny marching band, song and flying beads. He tosses judges necklaces made from his products as he unveils his superfood-based line, Brass Roots. Brass Roots is a New Orleans-based startup with a mission to deliver nutritious and delicious snacks while giving back to the community. Their full line of keto-friendly, plant-based products includes organic sacha inchi seeds, which are a nutritious and allergen-free source of protein, healthy fats, and fiber to keep you full throughout the day. Aaron Gailmor, the CEO, started Brass Roots in 2019 after learning about nutrition from his father’s heart problem. His goal was to develop snacks that are both nutritious and enjoyable. Brass Roots was inspired by the optimism, tenacity and community of New Orleans. Aaron currently runs a serious snacking team and lives nearby with his wife (Cassie), two children (Farrah and Cooper) and their dog (Bentley)! Find out more about the brand’s innovative range of snacks here.

Nopalera: Sandra Velasquez is promoting Nopalera, a line of skin care products made from the prickly cactus nopal. The return of Daniel Lubetzky, who has his eye on a specific object, can be seen in the upcoming episode of the ABC show. Kind’s CEO applauded Sandra in a social media promo for the work her company is doing to reduce the use of plastic bottles in lotions.

Sandra will appear in an upcoming episode of Shark Tank, demanding $300,000 in exchange for a 5% stake in Nopalera, a cactus-focused cosmetics line. During her pitch, she mentioned growing up in Southern California with Mexican immigrant parents and seeing cacti everywhere. The plant is very adaptable, it can be eaten, it can be used to make textiles and its moisturizing components are good for skin and hair. She will showcase a variety of her products including soaps, scrubs, moisturizing bars and more. According to Guest Shark, their soap smells great. When he asks about the moisturizer, she replies that the bars would replace a plastic bottle of lotion. She also mentions that her company cares about the environment and that her lotions are 70% water.

What are the new Shark Tank products?

Daniel said, “Sandra, I love what you just said. I love you. It’s like my pet peeve. He continued: “It’s all water, but it’s contained in a plastic bottle. So you just buy a few plastic bottles.”

nutr: Dane Turk and Alicia Long are hoping to land a deal for Nutr, their device that lets you make your own nut milk at home. The Nutr Machine produces plant-based milk at the push of a button. Delicious non-dairy milk can now be freshly prepared at home in minutes. A sleek and small machine that could be as simple as nuts and water to make a range of milk concoctions. The nut milk maker saves you time, money, hassle and waste. Check out Nutr here.

Missed an episode? Did you want to catch up? Episodes are also available for next-day viewing on demand and on Hulu. You can also watch old seasons and episodes on Amazon Prime Video and iTunes.