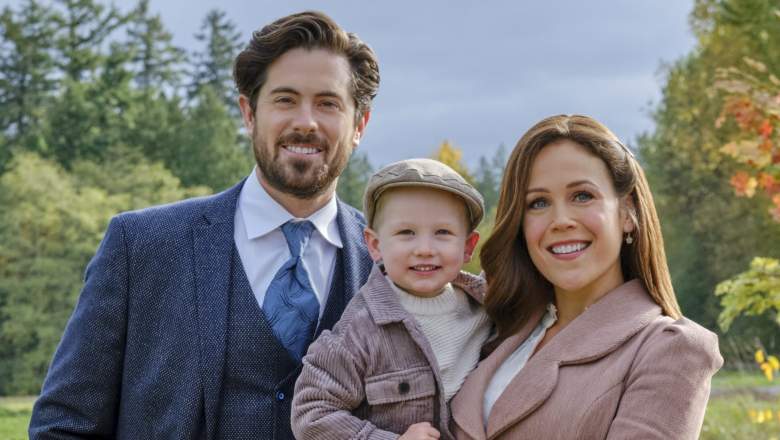 Hearty ones can finally rejoice. When Calls the Heart has been officially renewed for Season 10. Hallmark fans were concerned as renewals for the series are usually announced during or shortly after the season finale. However, alongside the renewal news, a major change has been announced.

‘When Calls the Heart’ has been renewed for a tenth season, ET Online revealed. It also means that the show will be able to air its 100th episode in its tenth season. But a big change is happening. A new showrunner will helm the tenth season.

John Tinker has been the series’ showrunner for the past few seasons, including season 9. However, Laurie Ferneau, senior vice president of development at Crown Media Family Networks, told ET Online that Lindsay Sturman would be the showrunner for season 10. Tinker was not mentioned in the ET Online article.

Ferneau said, “We are also excited to welcome to the family our new showrunner, Lindsay Sturman, who brings her immense talent to the show.”

It has not been revealed what role Tinker will play in the new season. Tinker previously shared some of his plans for Season 10, including plans for a time warp that would resume the show during Rosemary’s third trimester.

“I’m just loving this tenth season,” Tinker told fans during a YouTube interview. “You’re going to have babies and weddings and people in jail and sick people… They line up, we just have to put them down… in a way that’s going to be uplifting for people and a lot of fun… Want to see Rosemary’s pregnancy?” In fact, you will… The time warp… will be the second trimester, but we’ll definitely catch them in the third trimester.”

According to IMDb, Sturman, the new showrunner, served as a co-executive producer on “Supergirl,” “Nightflyers,” and “Teen Wolf.” She has also worked on producing roles for Battle Creek, Cult, Rizzoli & Isles, NCIS: Los Angeles, Harper’s Island, Bionic Woman and Close to Home.

Fans tweeted their disappointment that Tinker wasn’t renewed while at the same time celebrating the renewal.

Some fans are also wondering if the showrunner change is the reason for the delay in renewal news.

Announcing the series’ return, creator and executive producer Brian Bird wrote on Facebook, “So… friends, family… and all my #hearties friends… this just happened! Never in my wildest dreams back in 2013…when we first brought this world to life…I would have thought we’d be here to announce Season 10! So humbled and grateful… and excited for the 3 million+ Hearties who call Hope Valley their second home! In these uncertain times… happy days ahead!”

Fan Annette Zoaps replied: “Could this be even more exciting!!! Thank you for bringing WCTH into our homes for 10 seasons and hopefully many more!”

Erin Krakow, who is executive producer on the series and plays the role of Elizabeth, told ET Online of the renewal, “I’m thrilled that ‘When Calls the Heart’ is coming back for a 10th season. With our amazing cast, crew, and talented writers, we look forward to more adventures, laughs, tears, and romance throughout the Hope Valley community. We are very happy for all viewers, especially the Hearties, to continue this journey with us!”

Chris McNally, who plays Lucas, told ET Online: “I think that’s a very special achievement. Not many shows can say they’ve come this far, so I’m excited to be a part of it. And there’s so much more to share with Hope Valley. So as long as they keep giving us opportunities, you can keep going.