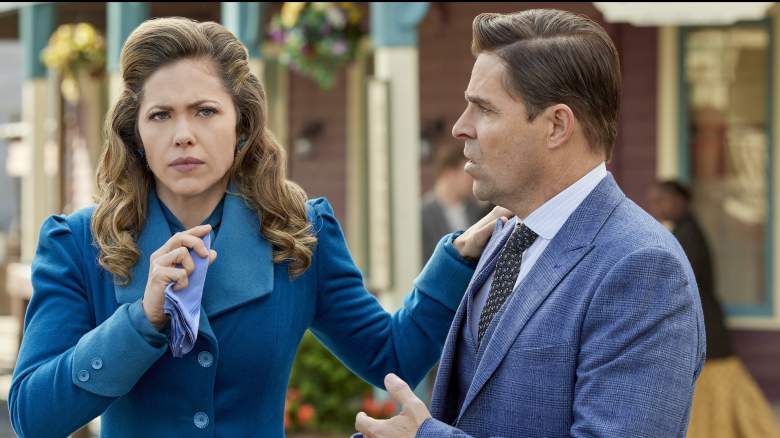 As fans await news on whether Hallmark’s “When Calls the Heart” will be renewed for season 10, more details about season 9 are emerging as an adoption plan.

In an interview with JLJ Media on YouTube after the Season 9 finale, Bird shared details about the decisions behind Rosemary’s pregnancy story.

It’s no secret to When Calls the Heart fans that Rosemary (portrayed by Pascale Hutton) and Lee (portrayed by Kavan Smith) both have an ongoing history of infertility. Many fans believed this meant the show would eventually make the couple decide to adopt. Bird said the idea was considered, but they eventually decided they just had to move on with the unexpected pregnancy storyline.

When Rosemary first learned she might be pregnant in season 9, she didn’t tell Lee because she wasn’t sure if the pregnancy was real. They didn’t have any definite pregnancy tests during that time, so she had to wait and see if her symptoms subsided or not. It wasn’t until the finale that she decided she really was pregnant, and Lee ran through the streets of Hope Valley shouting the news with joy.

In an interview with JLJ Media, Bird explained the decision.

“When you make a story about infertility, you have to pay it off somehow,” he said. “And we knew that eventually we had to get there. There was some thinking about, ‘Well, maybe they’re adopting.’ So we played with that a little bit… So that was a possibility and it would have been a very heartwarming kind of story to tell.”

He noted that since the universe of When Calls the Heart includes an orphanage in Brookfield, they were even set up in a way for that kind of storyline. The orphanage is the subject of the spin-off When Hope Calls, which is airing now on GAC Family. In the first season, Lee and Rosemary even visited the orphanage.

“It was a possibility,” Bird admitted.

Hutton’s ability to play so many emotions so authentically while her character struggled with the anxiety of hoping she was pregnant really sold her in the pregnancy story.

“You know, one of the things about Pascale is that she’s such a great mom in real life, that boy, did you see mom show up…” Bird said, recalling Hutton’s scenes towards the end of the season. “And those eyes and that dismay that she had as she went through the process of hoping and praying [being pregnant] could be true, but in the past I’ve been let down so many times. You saw her going through all of that as a human… Rosemary had all the feelings there, all the emotions she was going through. It was just one of the big arcs of the season for me… She could play a lot of flavors with it.”

He said it all came together to create a final episode that had a winning feel.

“And then Lee runs out in his pajamas and yells at the world, ‘I’m going to be a dad,'” Bird recalled, thinking about the finale. “… That was the best thing ever. That was so awesome… Such a winning way to end season 9 with… her excitement at her news. Elizabeth and Lucas and Little Jack with their news and even Henry with his news that he feels a renewed sense of self-worth and forgiveness for himself… For one final episode of a season that’s just gangbusters to me…”

In an interview with ET Online’s Behar ahead of the season, Smith said fans would get an answer on the pregnancy storyline in Season 9 due to Hutton’s persistence.

“She didn’t want to let it go,” he said of Hutton wanting to make sure the storyline was resolved. “She was determined to get an answer and thanks to her persistence, we got it. And the fans will get it too.”