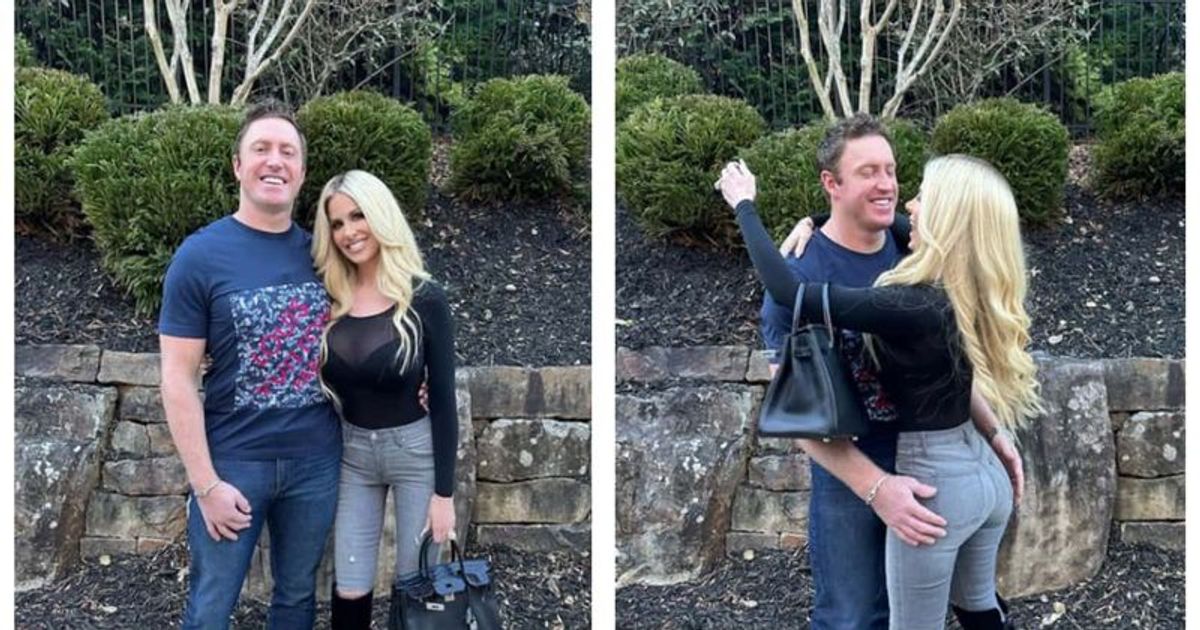 ATLANTA, GEORGIA: American singer and former ‘Real Housewives of Atlanta’ cast member Kim Zolciak-Biermann recently posted “Date Night” pictures with her husband Kroy Biermann to her Instagram. For years, the pair have been rumored to be in a troubled marriage, a result of Kroy not spending much time at home. Kroy played quarterback for the Atlanta Falcons for 8 years, which forced him to travel constantly.

Kim Biermann revealed in her Instagram post that the two were on a “double date” with daughter Ariana Biermann and boyfriend Hudson Mcelroy. Most of Kim’s fans seemed delighted as they were delighted to see the former ‘RHOA’ star with her husband. Fans also noted that the couple seems to have gotten over their alleged marital issues.

The ‘RHOA’ star claimed the double date went well and seemed genuinely happy in the picture, as her caption read: “Mom and Dad ❤️ it was date night and we had a double date with @arianabiermann @hudson. mcleroy and we didn’t get a single picture together.”

As the caption suggests, despite a double date, the couple hasn’t clicked a single pic with their daughter and boyfriend. However, the caption makes it clear that Kim Biermann and her husband are happy together, and fans seemed to agree. One user said: “Yesssssss boyfriend!!!” while another claimed that Kim Biermann looked like her daughter: “You look like Ariana!!”

Another fan thought the pair were “aging backwards,” while one claimed the two make the ideal couple as the comment reads “Goals Af.” Needless to say, the two seemed genuinely happy together and seem to have gotten over their marital issues. Kim Zolciak-Biermann and Kroy Biermann have been in a relationship since they first met at a charity event in Atlanta in 2010. Zolciak-Biermann was a cast member on the Bravo series The Real Housewives of Atlanta and Biermann is a former NFL player. They were introduced at the Dancing Stars of Atlanta event filmed for the show’s third season.

The two married in November 2011 and their wedding was documented in a spin-off show called Don’t Be Tardy for the Wedding. They share four children, Kroy Jr., 8, Kash, 7, and twins Kaia and Kane, 6. Ariana Biermann was adopted by Kroy during his previous relationship.