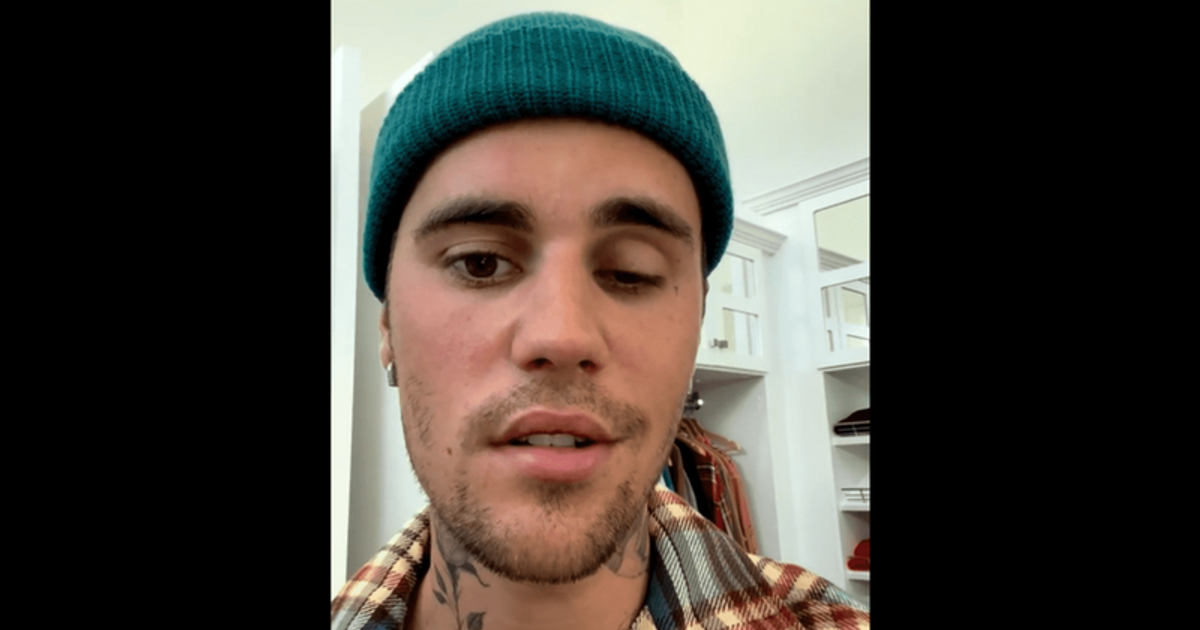 Some experts also admitted that it could take weeks, months or up to a year for Justin to fully recover from Ramsey Hunt Syndrome

Justin Bieber left his fans in shock on Friday, June 10 after announcing that he had Ramsey Hunt Syndrome, which left his face partially paralyzed. The Grammy-winning global icon revealed in his Instagram video that he couldn’t blink or smile properly. In an Instagram story posted hours later, the singer shared that he was also having trouble eating, which was extremely frustrating for him.

Justin Bieber’s loyal fans around the world rushed to Twitter to wish the singer a speedy recovery. However, it also sparked a debate between vaccinators and anti-vaccinators as to whether the vaccine caused Justin Bieber the rare condition. Some experts also commented on the situation, revealing that it could take weeks, months or up to a year for the 28-year-old singer to fully recover from Ramsey Hunt Syndrome.

RELATED ARTICLES
Is everything ok between Justin Bieber and Hailey Bieber? Model clears up rumors about “big fat lies”.

Justin Bieber shares the unfortunate news with his fans, saying in the Instagram video: “Hey everyone. Justine here. I wanted to keep you updated on how things are going. Obviously, as you can probably see from my face, I have this syndrome called Ramsay Hunt Syndrome and it’s from this virus that’s attacking the nerve in my ear and my facial nerves and has caused my face to become paralyzed. “As you can see, that eye isn’t blinking. I can’t smile with that side of my face, that nostril isn’t moving, so that side of my face is completely paralyzed.” He then turned to his fans and said, “I’m just physically, obviously not capable of doing that.”

For those wondering what Ramsay Hunt Syndrome (RHS) is, it’s a rare neurological disorder characterized by facial paralysis or paralysis that’s often accompanied by a rash that affects the ear or mouth. According to the National Organization for Rare Disorders, an estimated five out of every 100,000 people in the United States develop RHS each year. According to the Mayo Clinic in the US: “In addition to the painful shingles rash, Ramsay Hunt syndrome can cause facial paralysis and hearing loss in the affected ear.

Ramsay Hunt’s recovery is much more difficult than recovering from Bell’s palsy (facial paralysis without a rash), according to a study published in the Journal of Neurology, Neurosurgery and Psychiatry. Patients may not fully recover either, researchers write. Other symptoms of Ramsay Hunt include tinnitus, nausea, dizziness, and involuntary eye movements.

dr John Oghalai, chair of the Department of Otorhinolaryngology at USC Keck School of Medicine, told The Rolling Stones it was a “good sign” that Justin Bieber was only partially paralyzed in his face. “That means not all nerve fibers have died,” Oghalai said, adding that it was “very promising” that he could “recover quickly.” However, he says full recovery occurs in only about 80 percent of patients. He added: “It is very unusual to have Ramsay Hunt Syndrome in such a young patient. It can happen, but it’s just not typical.”

dr Babak Azizzadeh, director of the Institute of Facial Paralysis, told Rolling Stone that Ramsay Hunt syndrome is typically treated with steroids to reduce swelling and inflammation along with antiviral drugs. “It can take weeks, months or up to a year to make a full recovery,” Azizzadeh said, adding, “When individuals are treated with high-dose steroid pills and antivirals, they tend to recover better. This is very important [to do] as soon as possible.” Azizzadeh explained that there is a 20 to 30 percent chance that a patient like Justin will not fully recover and have residual paralysis or synkinesis.

Justin Bieber’s fans flocked to Twitter while others debated whether the vaccine was causing the singer’s troubles. “So Justin Bieber has facial paralysis from Ramsey Hunt Syndrome, which is caused by a virus that attacks the facial nerves. His wife had multiple strokes when she was 25. Both infected and reinfected with SARS in the past year and 6 months. “Mysterious” causes indeed…” said one, as another wrote, “Justin Bieber might be the case blazing this trail open. There’s nobody with a higher global profile.” Another chimed in, “Thank god Justin Bieber was vaccinated and boosted or it would have been so much worse.”

The next tweeted: “Wishing Justin Bieber a speedy recovery get well JB.” Meanwhile, one wrote: “Dear God. I pray Justin Bieber recovers quickly. I pray that everything is alright with him. I pray that he rests well and gets some time to relax. Amen.” One shared, “Honestly Justin Bieber being so seriously ill brought tears to my eyes yooo… I’m praying God heal him.” While another added, “Guys WAKE UP THE F* *BUY .. Hailey and Justin Bieber both have side effects from the vaccine!!!” And one person said, “Ah great just another reason for the antivaxxers to come out of their shells. Justin Bieber has partial facial paralysis and the f* *king retards trying to blame the vax.” Another shared, “I can’t be the only one who thinks this Justin Bieber thing has to do with the vax.”

What is Ramsey Hunt Syndrome?