What is Manhattanhenge? Stunning images show the beautiful NYC phenomenon that will NOT be back in 2022 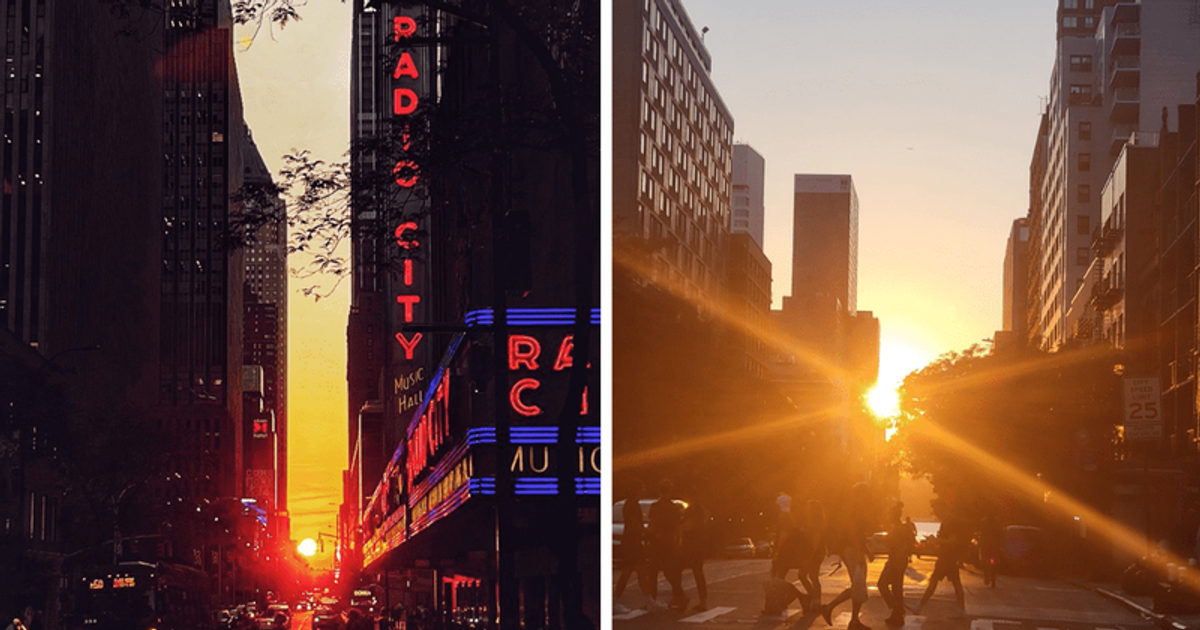 Manhattanhenge, a unique urban phenomenon, is set in New York City for the last time this year

The much anticipated Manhattanhenge in New York City gave New Yorkers a great evening and the opportunity to witness this wonderful urban phenomenon and the opportunity to capture the perfect photo of the sun setting between New York’s skyscrapers on Monday 11th July evening to do at 8:8 p.m. The setting sun painted the sky reddish-orange while the full sun could be seen over the city horizon. The best spots to get the best views of the event were on most of New York’s major cross streets near downtown, including 14th, 23rd, 34th, 42nd, and 57th streets.

Manhattanhenge only takes place four times a year. This year, the first two events took place on May 29th and 30th. Manhattanhenge is a natural phenomenon that occurs when the sun aligns perfectly with the buildings of New York City, creating the illusion that the sun sets evenly on both sides of the street. According to the American Museum of Natural History, New York City is uniquely laid out with a grid system that looks directly onto a clear view of the horizon (the Hudson River offers this on the west side).

Next chance to see Manhattanhenge

A user shared a photo from the above perspective. “Another view of #Manhattanhenge #Manhattanhengejuly11 from above, overlooking the crowds on 42nd Street waiting to capture the perfect shot of the sunset in line with the street grid. New Yorkers stopping traffic for a sunset!” he wrote.

New Yorkers could be seen enjoying the beautiful surroundings and taking the most breathtaking shots of the sun’s rays breaking through the tall buildings. The urban phenomenon occurs for only a few minutes. Let’s learn more about Manhattanhenge. Manhattanhenge got its name from an analogy to Stonehenge in a 1997 article by astrophysicist Neil deGrasse Tyson, an astrophysicist at the American Museum of Natural History and a native of New York. The same phenomenon occurs in other cities with a uniform street grid and an unobstructed view of the horizon.