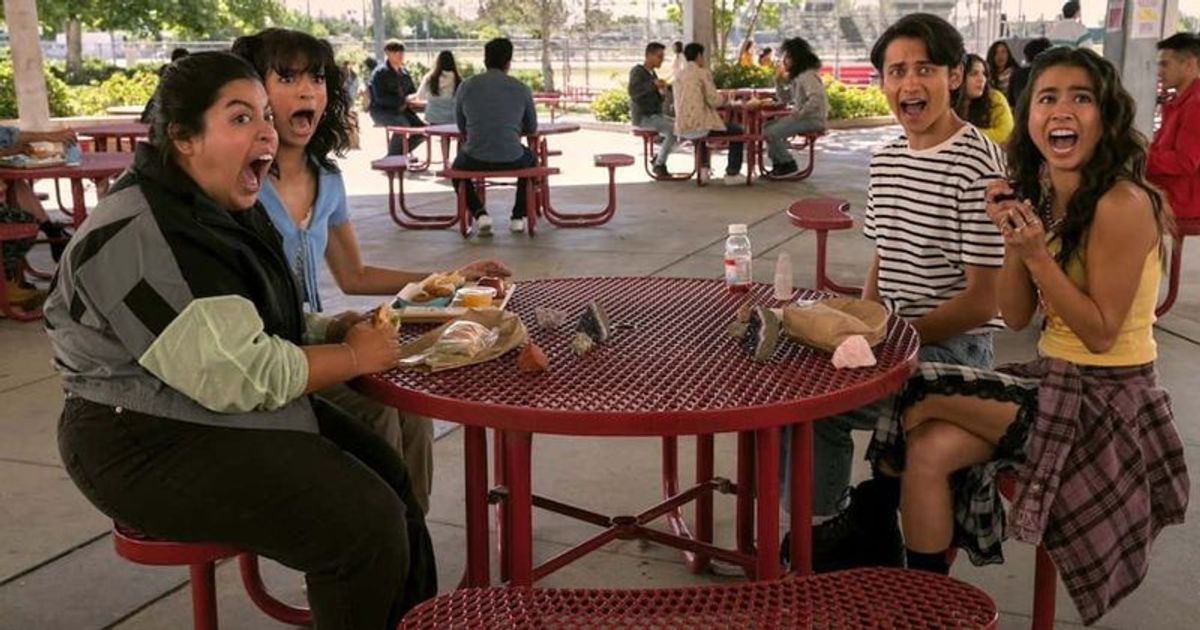 In 2018, Netflix released one of the most beautiful, heartwarming and fun shows titled On My Block. The show focuses on a group of four teenagers – Monse, Ruby, Cesar and Jamal – who try to navigate their lives and friendship during high school. The show is one of Netflix’s underrated coming-of-age comedies. This show lasted four seasons ending in 2021. And now Netflix has announced the new series Freeridge, which is none other than the spin-off of the show On My Block.

Freeridge is another Netflix comedy that follows in the footsteps of its parent series but aims to tell the story of another group of friends in the neighborhood. The creators of this Netflix series include Jamie Dooner, Eddie Gonzalez, Jeremy Haft, Lauren Iungerich, Jamie Uyeshiro and Khaila Amazan.

New on Netflix: Top TV shows and movies to watch in January 2019

Freeridge will premiere exclusively on Netflix on February 2, 2023, which falls on Thursday.

Freeridge will be available to stream exclusively on Netflix and viewers will be able to binge watch all 8 episodes of Season 1. Aside from the streaming platform, viewers can download the Netflix app, which is available on both Google’s Play Store and Apple’s Appstore. Netflix is ​​also available on Roku, PlayStation, Xbox, Google Chromecast, Amazon Fire TV Stick, Apple TV, Smart TVs, YouView, BT TV Box, Now TV, Sky Q and web browsers.

The lives of four teenagers could potentially be in danger. The Freeridge teaser gives us a glimpse of what to expect from this show, and we can see a suspicious in-game box as the cause of all the drama that follows. This box would potentially lead to over-complicated drama between two sisters and further adventures. Netflix has released the following description of the series: “From the creators of On My Block, Freeridge is a coming-of-age comedy that follows sibling rivals Gloria and Ines and their friends Demi and Cameron who have unleashed a curse, the Darkness bring bad luck into their lives. These four teenage friends work to undo a curse after a strange old box seems to bring bad luck – and more – into their lives.”

Having established some of the iconic characters in On My Block, it’s safe to assume that curiosity about the cast of the series is a little high. But the new series brings new beginnings and the main cast of “Freeridge” includes Keyla Monterroso Mejia as Gloria, Tenzing Norgay Trainor as Cameron, Ciara Riley Wilson as Demi, Peggy Blow as Marisol Martinez and Michael Solomon as Rusty. The cast continues to see Bryana Salaz as Ines, JR Villarreal as Tio Tonio, Jean Paul San Pedro as Jaier, Jami Alix as Cinnamon, Abraham Rodriguez as Benji, and Cyndee Rivera as Lucia.

For all the fans who miss the parent series On My Block dearly, fret not as actor Bryana Salaz has officially confirmed that there are several Easter Eggs and details throughout the series that pay a sweet tribute to the original series. This gives an extra reason to watch the show.