What is Drew Sidora Net Worth? ‘RHOA’ star has done everything to forget the underpaid past 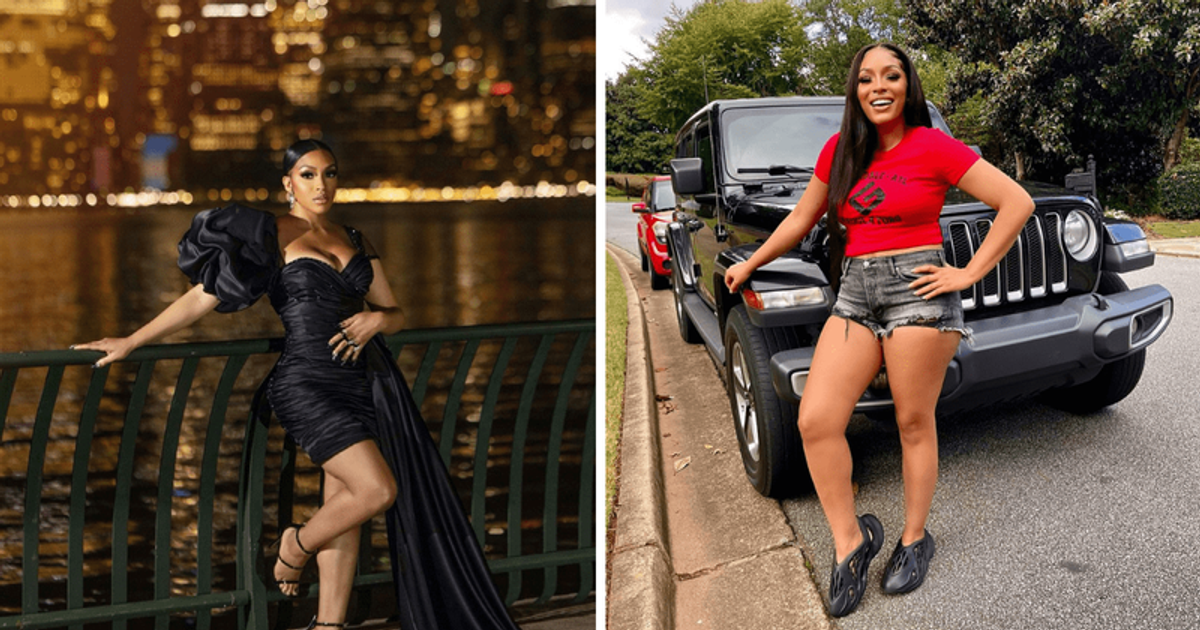 From movies to TV shows, Drew Sidora has done it all and is now raking in the big bucks by starring in the hit TV show Bravo

Drew Sidora is an actress and singer best known for her role as Chantel on the Disney Channel Original Series That’s So Raven. Her career as an actress began when she was a child. She was the youngest member of California’s Hook Players Theater Ensemble. She also appeared in the film “Divas” when she was nine. Sidora starred in 2020’s The Real Housewives of Atlanta, giving viewers a glimpse into the lives of her and her husband, Ralph Pittman. Drew has been in Hollywood for quite some time, which makes her financial flow — or lack thereof — all the more intriguing to fans.

Drew Sidora joined the cast of The Real Housewives of Atlanta in December 2020, and her marriage to Ralph Pittman has been one of the show’s central stories since its debut. This Atlanta housewife isn’t new to the spotlight, however.

What is Amber Heard Net Worth? The actress wanted access to Johnny Depp’s SUV, Penthouses as a payoff

What is Drew Sidora Net Worth?

Drew Sidora’s net worth is estimated at $1.5 million by CelebrityNetWorth.com. While some argue that she has yet to receive a senior paycheck from “The Real Housewives of Atlanta,” the fact remains that Sidora has been on television for more than two decades. While $1.5 million might seem like a lot of money to most people, it’s not a lot for someone who’s worked in Hollywood for so long.

To be clear, Sidora appears to be a somewhat underpaid actor. The good news is that most housewives make hundreds of thousands of dollars a season; $800,000 a season was starting wages not too long ago. Drew’s admirers are hoping she starts raking in all that reality TV money soon.

Additionally, her newfound prominence at RHOA has led to other prospects as well. Drew, like other influencer-era celebrities, has collaborations with labels like Fashion Nova, and she’s set to appear in a few more films and other projects as well.

The actor is married to Ralph Pittman, whom she married eight years ago in 2014. The couple have three children — Josiah, Drew’s son from a previous relationship, is the eldest, while the couple had two children, Machai and Aniya, in 2015 and 2018, respectively. While Drew is heavily involved in Hollywood, her husband’s career is less publicly. He’s the CEO and creator of a wellness brand that insiders say makes “therapeutic music.” While nothing remarkable, he seems to be doing fine.

Though she’s a reality celebrity now, Sidora has an excellent IMDb resume, beginning with productions in the ’90s. She has appeared in several films including Sister Code, Hope For Love, The Choir Director, The Preacher’s Son, Sleepless, CrazySexyCool: The TLC Story, Mother’s Day, B -Girl”, “Never Back Down”, “Wild Hogs”, “Motives 2”, “Step Up”, “White Chicks” and many others. She has also appeared on shows like That’s So Raven and The Game.

Sidora played a musician in the film “Step Up” with two songs, “Til The Dawn” and “For The Love”. In 2017 she was featured on the soundtrack of the comedy film Three Can Play That Game with the song “Three Can Play”. Slip-n-Slide Records signed her to a record deal in 2008, and 2010 saw the release of the first song from her album, “Juke It”. Appeared in Sean Paul’s Give It Up to Me video.