What Derek Hough Said About Getting Engaged To Hayley Ebert 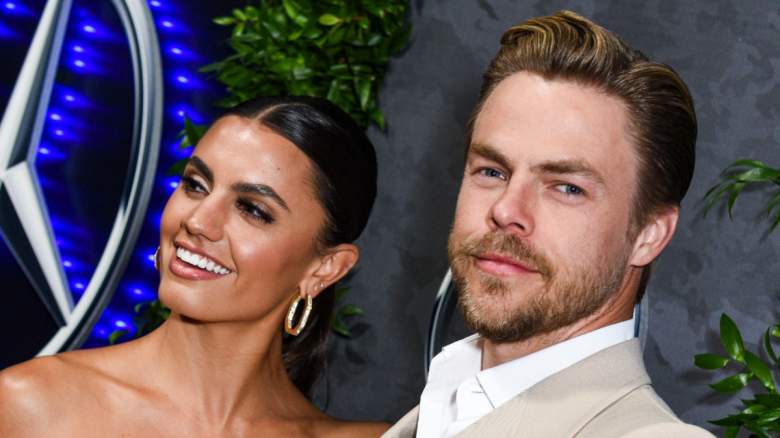 Derek Hough and his girlfriend Hayley Erbert have been together for six years but are not engaged.

The two are frequently asked if they intend to marry, but it’s a question Hough usually declines.

“That’s a very common question that we get asked,” Hough previously told Tamron Hall. “We just laugh about it and just keep going… You know what? In fact, it was one of those situations during quarantine where a lot of couples either walked away or got together, and luckily for us, we’ve actually grown closer. And yes, I think the future has definitely kept us busy in a lot of different ways. And so we shall see. Everything is going in the right direction, let’s put it that way,” he added.

And although Hough and Erbert have traveled the world together and shared their love of dance with each other and with fans around the world, they still have no engagement news to announce. Now some are wondering whether or not Hough and Erbert even plan to get married.

Hough seems very focused on his career and was in no rush to propose to Erbert. It’s not known if the two have discussed getting married, but Hough has claimed that an engagement could be on the cards in the future. When the future comes, Hough gives the same answer.

Although Hough and Erbert live together in California, there doesn’t seem to be any immediate rush for them to take the next step in their relationship.

Hough, 37, and Erbert, 27, are both focused on their careers. Hough recently kicked off his new live show in Las Vegas, which will run through September 2022. Erbert accompanies him when the two take the stage to share their passion for dance with the audience at the Venetian Hotel.

It’s entirely possible that Hough and Erbert don’t want to get married or have children, but some fans believe there’s a deeper reason for Hough’s apparent hesitance to get on one knee.

“I think there might be some trauma with his parents getting divorced when he was young and most of his sisters are divorced so I’m sure that doesn’t help,” one Redditor commented on a thread about Hough and Erbert.

“He’s not getting married anytime soon and she’s waiting around. He hopes that these big declarations of love on anniversaries and birthdays will be enough to buy more time,” read another comment.

“Probably because Derek still feels the same as he did when he was 21 and feels like he has more time. I’m sure anyone who keeps bringing it up is also making it difficult for them. It seems like she’s been ready for a while and is just waiting for him, but she’s also quite young so maybe they just want to make sure they’re both ready? We don’t know what’s going on behind closed doors, so maybe there’s a specific issue they want to solve first,” a third person chimed in.

“There could be many reasons, but I’ll just give two reasons that I thought could be. One is that I feel like it’s more Derek and how he sees marriage. He saw his sister have a failed marriage and he witnessed and witnessed his parents divorce when he was younger. Things like that can keep someone from making that kind of commitment [sic] even if they just love and want to be with the person they are with. They’re going to treat marriage like some kind of bad karma and not do it,” said another.