What day and time will “The Voice” season 23 be released? And everything else you need to know about Blake Shelton’s final season 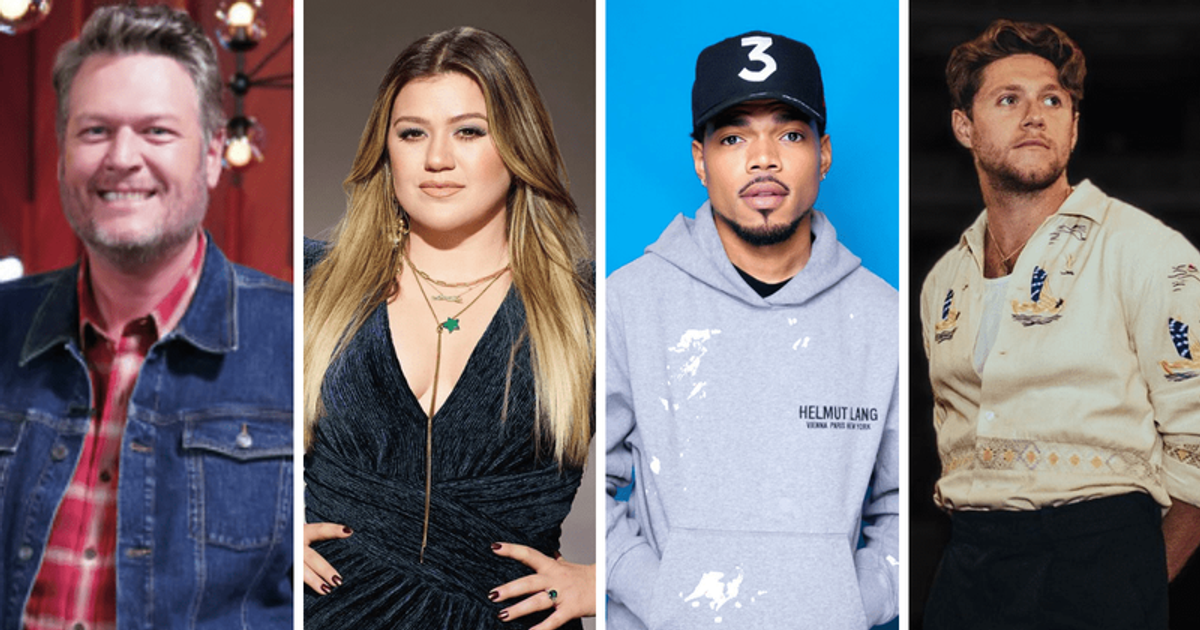 Blake Shelton, Kelly Clarkson, Chance the Rapper and Niall Horan will take the red chairs as coaches on The Voice season 23

UNIVERSAL CITY, CALIFORNIA: While it’s impossible to imagine “The Voice” without his OG coach Blake Shelton, the upcoming season 23 of the NBC singing competition show will sadly mark its farewell season.

With the return of fan-favorite judge Kelly Clarkson, along with new coach Chance the Rapper and One Direction star Niall Horan, season 23 of The Voice is poised to evoke a mix of emotions. If you’re curious to learn more about the upcoming season of the singing competition show, then read on. Before we dive further into the details of The Voice Season 23, if you’re interested in checking out other singing competition shows, these might interest you: The Masked Singer and American Idol.

Why is Blake Shelton leaving The Voice? Fans are begging him to reconsider as the OG coach will be retiring after 23 seasons

When is The Voice season 23 out?

While the official release date for Season 23 of “The Voice” has yet to be announced, the network’s press release states “The Voice; Season 23 is scheduled for release in spring 2023. Keep an eye on this space for more release date updates.

After the show premieres, you can stream it live on NBC. Viewers who want to watch the show wirelessly can do so through one of the following streaming services: Sling TV, fuboTV, Hulu With Live TV, AT&T TV, or YouTube TV. Aside from being able to watch the show live, on-demand episodes of The Voice are available on NBCUniversal’s streaming service, Peacock. New episodes are available the day after they air on TV if you have Peacock Premium ($5/month) or Peacock Premium Plus ($10/month). Select episodes are also available for free.

The Voice features some of the best singers from across the country competing in the singing competition show. The show’s innovative format includes five competitive stages: the Blind Auditions, the Battle Rounds, Knockouts, Playoffs and finally the Live Performance Shows. The singers with the fewest votes are sent home each week. At the end one is named ‘The Voice’ and receives a record deal as the grand prize.”

After 23 remarkable seasons, Blake Shelton will be stepping down from his red chair after the spring season. He’s been a mainstay since the show’s inception, boasting eight wins under his belt and coaching 15 artists whose songs have reached #1 on the iTunes Top Songs chart.
“I wrestled with this for a while and decided it was time for me to retire after season 23 of ‘The Voice,'” Shelton said. “This show has changed my life for the better in every way and will always feel like home to me. It’s been an amazing ride these 12 years of chair turns and I want to thank everyone on NBC’s ‘The Voice’, every producer, the writers, the musicians, the crew and the catering guys, you guys are the best. It takes a lot of work, passion and adult drinks (Ha!) to pull off a live show twice a week. I’ve formed lifelong bonds with Carson and every one of my fellow coaches over the years, including my wife Gwen Stefani! I have to give a huge credit to the singers – the Voices, who come onto this stage season after season and amaze us with their talent, and a special thanks to those who have chosen me to be their coach. Ultimately, it’s about all of you, the fans who watch and support these artists, us coaches, and everyone at The Voice chasing their dreams. It wouldn’t work without you!”

Who are the coaches in Season 23 of The Voice?

You can stream the older episodes of The Voice on Peacock.

WHO renames monkeypox as ‘mpox,’ citing stigma and discrimination concerns

WHO renames monkeypox as ‘mpox,’ citing stigma and discrimination concerns