“What a net!” Kanye West’s GF Juliana Nalu leaves little to the imagination in a racy, see-through black dress 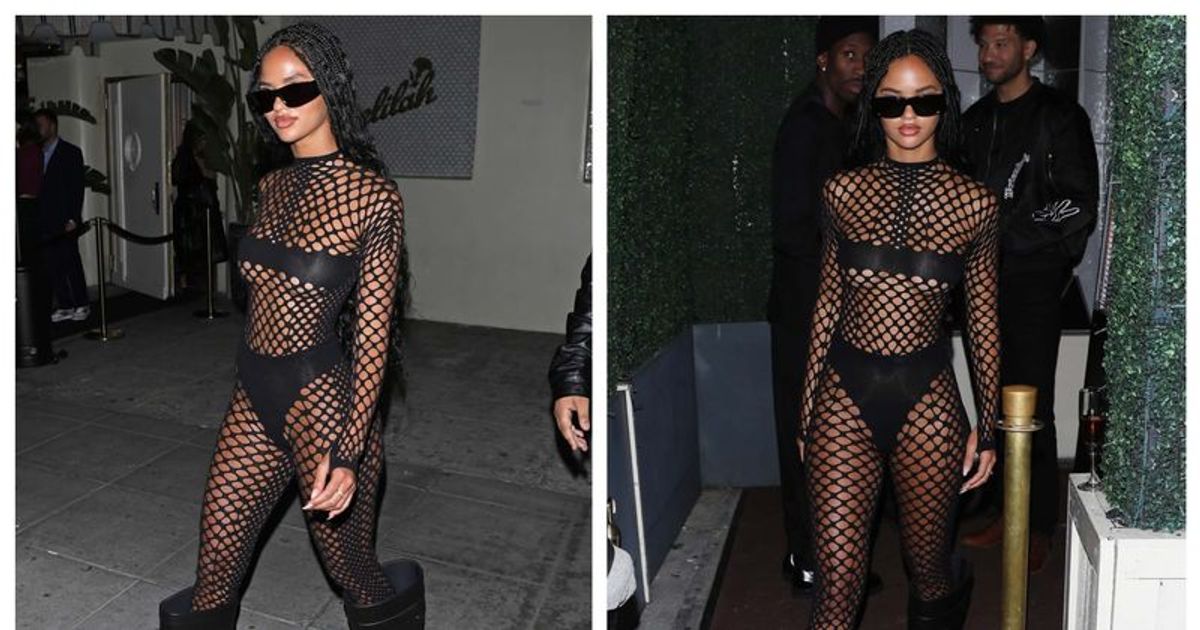 WEST HOLLYWOOD, CALIFORNIA: Kanye West’s girlfriend Juliana Nalu left little to the imagination as she showed plenty of skin in an ultra-racy black fishnet dress after dining with her friends in West Hollywood.

The Brazilian model, 24, donned a black see-through bodycon outfit as she left Delilah. Nalu reportedly met Ye through his Yeezy brand, and the pair were soon spotted dating in LA in early October. Her mesh dress had a black patch on her chest while she wore black underwear that matched the tone of her outfit.

The model also wore knee high black boots and black sunglasses with loose dreadlocks. She had no accessories other than a silver ring. She completed the look with contrasting white painted nails.

Nalu and West were recently spotted out on a night out in Beverly Hills. According to the DailyMail, she was spotted leaving a restaurant carrying two red roses.

Nalu, who is from Rio De Janeiro, started her modeling career when she was a teenager. The social media influencer was just six years old when she expressed her desire to be a model to her mother. She was later picked to be part of L’Oreal’s Brazil campaign at 18, according to the outlet. She later flew to Los Angeles and was signed to Elite Models, one of the top modeling agencies. She has gained a number of followers over the years and currently has 775,000 followers on Instagram and nearly half a million on TikTok.

In an interview with Latina Magazine, Nalu opened up about her dreams and thanked her mother for helping her get where she was. “I wanted to do big things outside of Brazil but I had no idea how… the dream sounded too far away for me but I knew I could try to achieve it. My mother helped me achieve my dreams by traveling to agencies with me and making connections with brands. I lived in the favelas with my family until I was 18,” she reportedly said.

The Brazilian bombshell mentioned that it’s “hard to deal with the violence in her area” and explained that she doesn’t have that many “privileges” compared to others. Appreciating her home country, she said: “I want the world to see a Brazilian from Rio, the favelas. There are good things there. So for the next girls to come after me [industry] will be more open.”