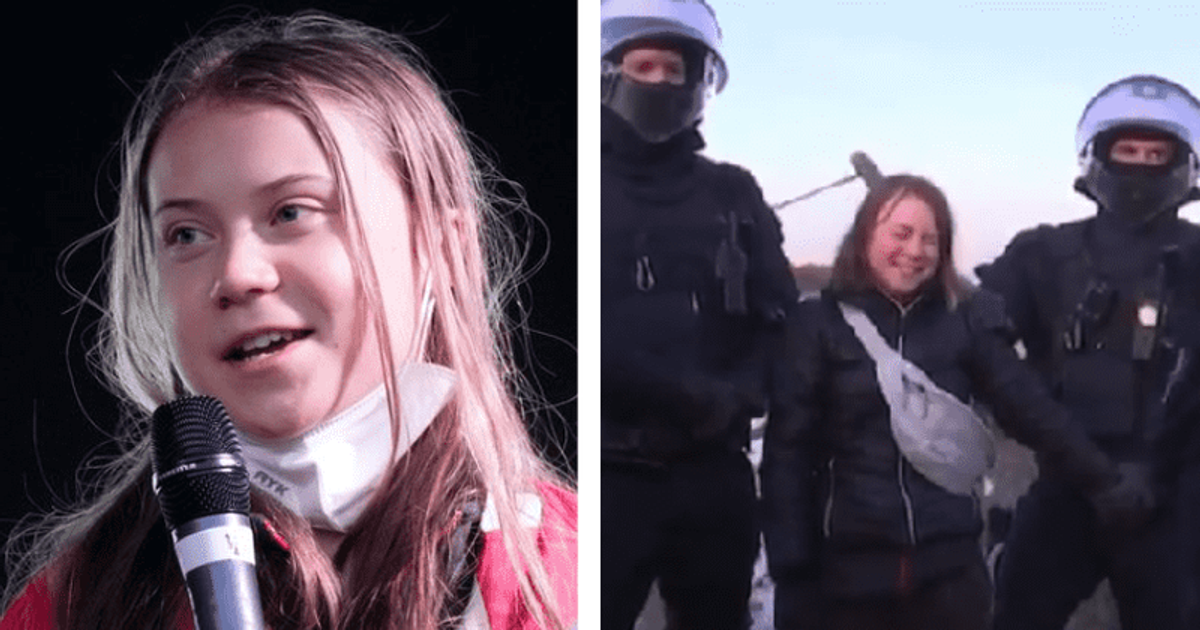 LUTZERATH, GERMANY: Climate activist Greta Thunberg has been mocked on social media for allegedly faking her arrest earlier this week. Thunberg, 20, was previously arrested in Lützerath, Germany, on January 17 for protesting the demolition of the town to make way for an expansion of the coal mine. A photo of her being taken away by German police with a smile drew a lot of attention around the world. It was later revealed that Thunberg was released the same day after a brief detention and an identity check.

A new video has now been released on social media showing Thunberg standing next to several police officers, smiling and taking photos with them. Two officers were seen guarding the activist, one holding her arm and the other standing by her side with his arms crossed. A third person can be heard laughing from the off.

Someone remarked, “Wow! It’s like they’re shooting a movie!” “Complete setup. I wonder if the cops aren’t actors,” added another. “If they want people to take climate change seriously and not make it political, maybe they shouldn’t stage fake news for PR stunts,” noted another user. Some people also came forward in Thunberg’s defense, with one person writing, “Not every country’s arrests are American-style hits,” while another person argued, “Which country allows photoshoots?”

Meanwhile, Thunberg posted a series of tweets about the protest the day before her arrest. A January 11 post reads: “I will join the activists in Lützerath to defend the village and stop the colliery. Join us to protect lives and put people over profit! The science is unequivocal, and those most affected are clear: no more fossil fuels!” “Climate strike week 230. We are in Lützerath, a German village that was threatened with demolition because of a colliery expansion. People have been resisting for years,” she added in another tweet.

On January 18, after her arrest, Thunberg tweeted: “Yesterday I was part of a group peacefully protesting against the expansion of a coal mine in Germany. We were surrounded by the police and then arrested but released later that evening. Climate protection is not a crime.”