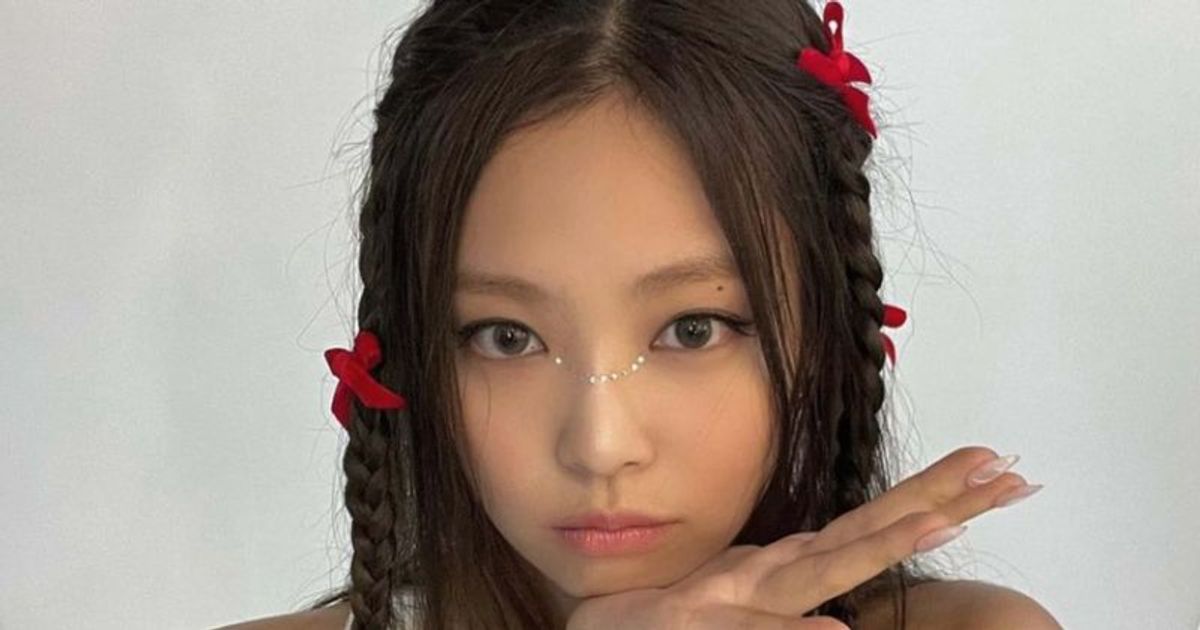 SEOUL, SOUTH KOREA – Blackpink Jennie’s ‘private photos leak’ issue is now turning in earnest into a gross invasion of the K-pop idol’s privacy as more of the rapper’s private photos are leaked online. It all started back in May when Jennie was reportedly spotted with BTS V on Jeju Island. However, fans immediately debunked the photos, claiming they were fake and edited. Months later, the V-Jennie saga started all over again when a Twitter user, @gurumiharibo, “leaked” more photos of the two shared idols. From a photo in the Green Room where BTS V (Kim Taehyung) was getting ready for his trip to Paris, where Jennie was spotted in the background, to an alleged couple picture of him and Jennie at his apartment.

The Twitter user claimed that the two idols were actually dating, but BTS fans took it upon themselves to debunk @gurumiharibo when they revealed that the photo was actually synthesized and Photoshopped from other old photos featuring the two idols . Not much later, Blinks (Blackpink fans) and ARMYs (BTS fans) stated that the relationship was no longer their concern, but a violation of the two idols’ privacy, as @gurumiharibo had “leaked” more personal photos that allegedly V and Jennie are really seeing each other. However, the latest photo leaked by the Twitter user has shown an immediate reaction from Jennie herself.

Have Jennie’s private photos been leaked by her friends?

On September 20, certain private photos of Jennie were leaked online, one of which was an unseen photo of the Blackpink member while she was in a bathtub. Along with these, it was alleged that there were multiple NSFW photos of Jennie enraging Blinks as the requested action by Blackpink’s label YG Entertainment. It seems Jennie is taking it upon herself to clean up more leaks of her private photos. Back in August, it was alleged that a friend of BTS V and Blackpink Jennie revealed their private photos and the same friend accompanied the two idols on their private trip to Jeju Island.

While there’s no confirmation of this, fans believe Jennie suspected that someone who follows her private Instagram account was responsible for posting her photos online. Fans claim that Jennie has a Burner Instagram account under the username @capybaraonly and reports suggest that Jennie deleted all 87 people who follow the account. Fans are sure that the photos that were published online were all posted by Jennie for her friends on the Burner account and the leakers had hacked into that account. Other fans also believe that one of Jennie’s friends colluded with the leakers to make a scandal of her personal life.

Blinks are furious as they demand answers from YG Entertainment, urging the label to protect Jennie from invading her privacy. One fan said: “If everything came from her banned account and Gurumi took all the pics from there, why didn’t we see her delete the pics and she has more than 300 pics in her banned account, Gurumi couldn’t take all of them of them and posting them as evidence?” Another fan replied, “The Capybaraonly account unfollowed everyone and removed all of their followers after these leaks, so it’s definitely their account (or a big coincidence). However, it’s possible that they hacked their iCloud and that’s why the photos weren’t deleted.” Another fan said: “Jennie literally doesn’t deserve all the shit you put her through. First you hack her iCloud and then you show her nudes… now that’s beyond freaking weird and I hope karma gets to all of you.”

Another fan said: “For everyone who says YG & HYBE aren’t protecting them… listen, if you’re investigating someone, don’t disclose it to the whole world and you don’t disclose it to the press. Let the companies do their thing. Her Instagram move could be something her team asked her to do. One fan replied: “Well not really. You can investigate and also threaten legal action against those who share the private pictures. YG is useless as always. It’s gotten to the point where alleged bathtub pictures of Jennie are being shared… legitimately any company would have done something by now.” One fan sympathized, “She’s going through so much that people can’t respect her privacy, she’s just a girl that wants to live her private life away from work life. It makes me sooo angry if I could I would get this hacker and everyone else hates her with my own hands.” One fan said: “This is getting too scary. Just because she’s an idol doesn’t mean people should invade her only privacy, which is out of the spotlight. It’s happened before with her photography and she said before she wants it privacy. YG really needs to do something.”