‘Weirdo’: Pete Davidson was criticized for getting a ‘KNSCP’ neck tattoo dedicated to Kim Kardashian and her children 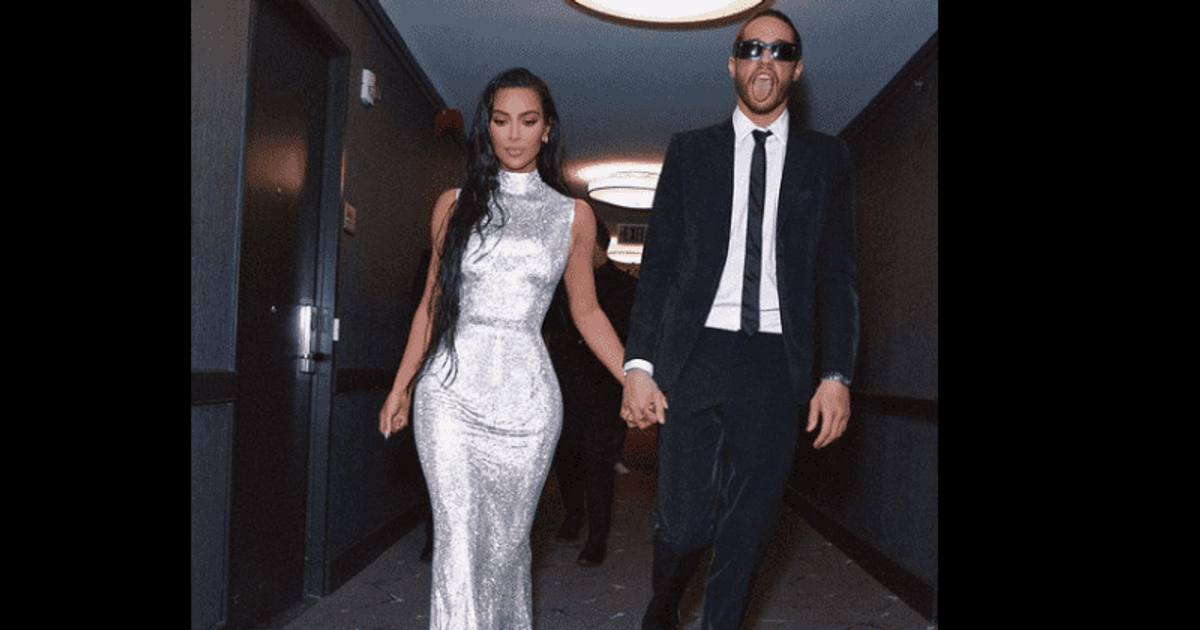 People have expressed shock at a new tattoo reportedly seen sporting Kim Kardashian’s new flame, Pete Davidson. The comedian showed off the ink on his neck while dating the 41-year-old socialite after wrapping up his stand-up gig for Netflix Is A Joke Fest.

Davidson recently performed at the Fonda Theater in Los Angeles, California and left the venue with Kim after the event. The pair headed to their car, where some fans reportedly saw the 28-year-old’s neck with “KNSCP” written on it, fueling speculation it was his famous girlfriend’s initials along with all of her children she shares with Kanye West .

The ‘Keeping Up with the Kardashians’ star was married to the rapper, now known as Ye, from 2014 to 2022 and they had four children together – North West, Chicago West, Saint West and Psalm West. The fact that Davidson got the children’s initials didn’t excite people, however, as one Reddit user called him “a maniac,” writing, “Branding your 7-month-old girl’s name on your body is odd behavior.” Tattooing another man’s child’s name on your body is odd behavior Joking about your girl’s father is odd behavior. Peter joking about saying a baby is NOT ART it’s odd behavior. He’s NOT FUNNY!! Kim and Peter’s photos are NOT SWEET, THIS BORING STORY/PR RELATIONSHIP IS NOT!!! Damn she couldn’t get a Ben Affleck type guy? Where are all the other celebs in Hollywood? I’m bored!!! Someone give us better entertainment!! I can’t wait for it to end! Maybe then we can get some quality entertainment back into our lives!!”

Another user speculated: “I think he’s in a position to take some benefit, probably related to his new restaurants and clubs he’s opening. He brands himself, literally and figuratively. If the rumors are true that Pete and Kim will be performing with CoJo and ScarJo, then we know for sure that this is PR for their new nightclub on the Staten Island Ferry.” “I’m not a fan of Pete, but I always am not yet convinced tattoo is the kids name,” noted the third user.

“It’s not even 7 months! I’ve been with my boyfriend longer than Kim has been with Pete and we just celebrated 6 months last weekend. It’s madness for me. My boyfriend is also obsessed with getting tattoos, but if he put my name on him or MARKED my name on his body, we’d have to have some serious conversations. And… we’re right in the middle between Kim’s age and Pete’s. Our friends said we acted too quickly by moving in together after two months of dating… If I tattooed his kids’ initials (I haven’t even met them to respect his ex’s wishes). I just wouldn’t be normal. I don’t understand why celebs get away with this behavior or how they don’t realize how absurd these gestures are, especially SO soon!” the fourth user added.

There was also some reaction on Twitter, with one user quipping, “What will Pete do if Kim moves in with another man.” Another person tweeted, “Well said I can’t stand Kanye but that would make me a father to no end piss on. They’ve been together for about 6 months!”

Another tweet read: “Just found out Pete Davidson has a tattoo of Kim’s kids. He’s even weirder now than he already was.” “Why would she let him do that after they’ve only been dating a few months? I hope Kanye tells him to get rid of his kid’s name. He’s not entitled to the kids, it’s their mother he’s dating,” noted one user.

This comes as it was reported that Davidson attacked his girlfriend’s ex during his standup. Referring to West’s alleged statements about him having AIDS, he claimed to believe the 44-year-old because “Kanye is a genius.” He is angry that people claim he said Pete had AIDS and he is angry that the whole world would think he said that [the] Words Pete “looks” like he has AIDS, not that he “had” AIDS. He said he looks like he has AIDS and doesn’t understand what Kim [Kardashian] did with him.”