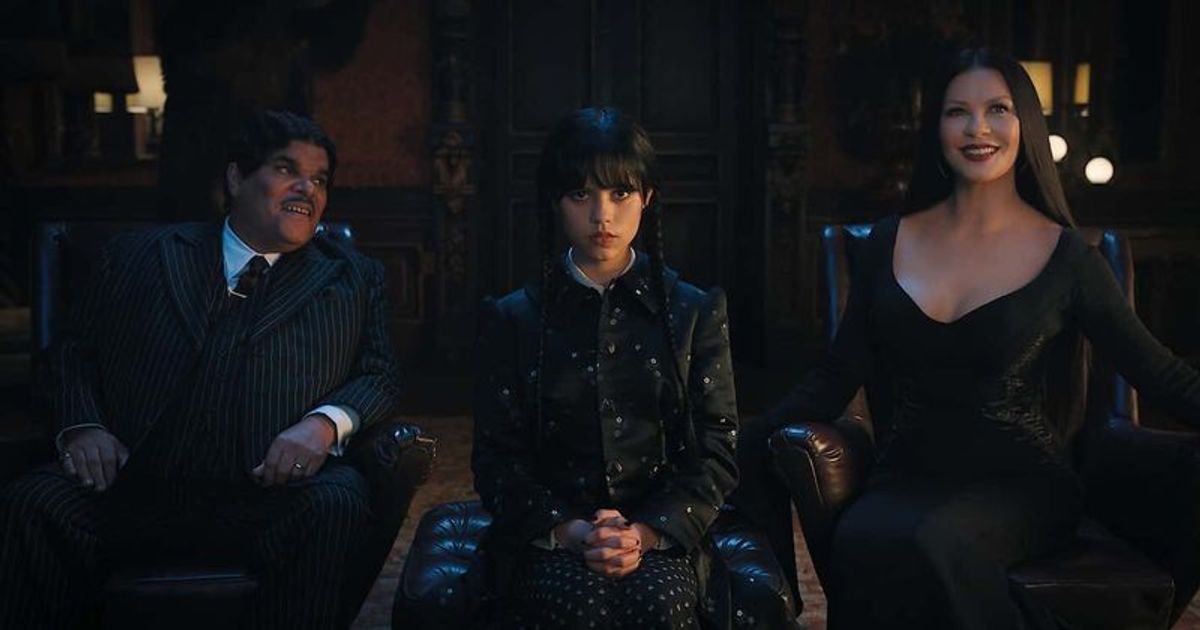 LOS ANGELES, CALIFORNIA: Netflix took the world by storm with the supernatural comedy horror series Wednesday, which broke multiple viewing records. The series has managed to generate a lot of buzz on social media and garnered universal acclaim from viewers. So it comes as no shock to many that the show is setting more and more records in terms of viewership. The series achieved another milestone, earning the second-highest four-week viewership on the Nielsen ratings chart, surpassing several other acclaimed Netflix titles.

The Netflix show chronicles the journey of legendary “Addams Family” character Wednesday (Jenna Ortega), who has a cold and emotionless personality that makes it difficult for her to connect with her schoolmates. However, things are turned on their head when she learns that she has psychic powers and can work with the Jericho Sheriff to help local authorities solve a brutal murder. The series immediately became a fan favorite and received critical acclaim from both viewers and critics. In its opening week, “Wednesday” drew huge audiences and delivered another runaway hit to Netflix.

In Nielsen’s latest ratings chart (via Deadline), the series has managed to re-sit the top spot, amassing more than 2.2 billion minutes of viewing during the December 12-18 viewing window. With these latest numbers, the series has managed to achieve the second-highest 4-week total for a streaming program, amassing 16.8 billion views in the first 28 days of its release. The record for highest total still stands with “Stranger Things” Season 4, Vol. 1, which grossed 19.5 billion minutes of viewing in its first four weeks.

However, this time “Stranger Things” had a super big season and almost every episode lasted more than 70 minutes. So that’s also what helped the series reach such gargantuan numbers.

On the other hand, “Wednesday” overtook “Ozark” to claim second place on the list. The Jason Bateman-Laura Linney lead actress’ reign ended with the fourth season of Stranger Things and has now slipped to third place with 15.3 billion minutes.

The news that “Wednesday” has the second-highest four-week viewership comes a few days after it was announced that the show will be returning for another season. The streaming platform announced the news with a short video on Twitter, noting that Wednesday will return with more adventures. No release date has been set yet.

Wednesday Season 1 is currently available to stream on Netflix.