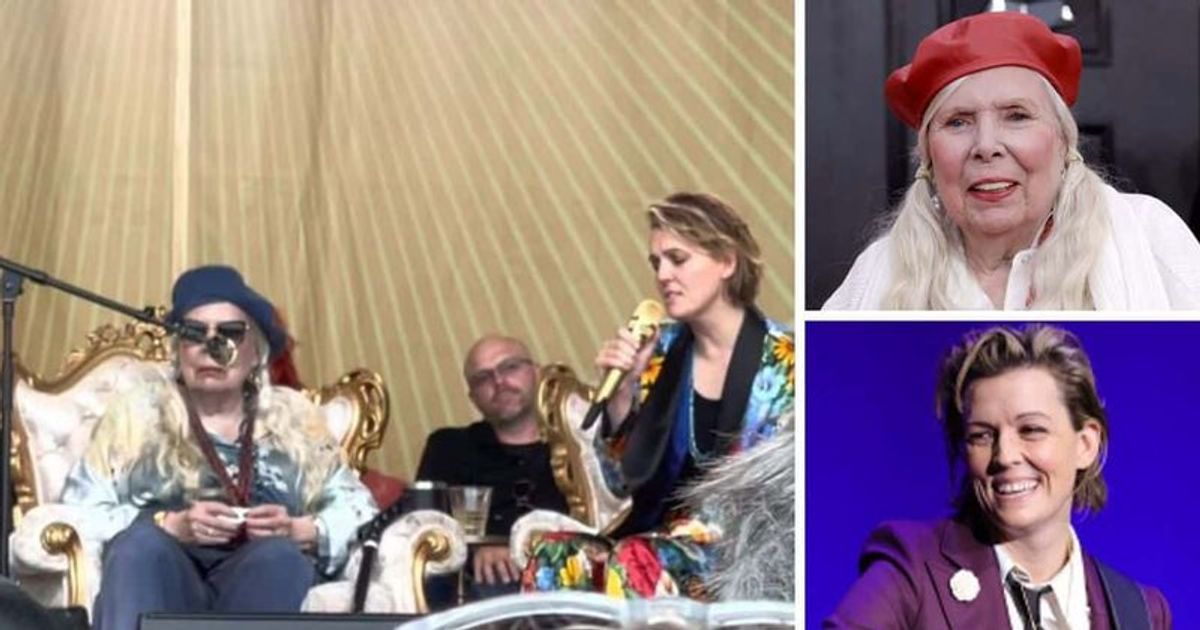 After five decades, ’60s legend Joni Mitchell appeared at the Newport Folk Festival on July 24 when she sang in a rare live performance. She was joined by Grammy winner Brandi Carlile. Excited about the collaboration, the audience loved Joni’s performance, who also played a guitar solo while singing “Just Like This Train.”

Dubbed the “Joni Jam,” the event was unforgettable. Joni sang live at the Newport Folk Festival after 53 years. According to Pitchfork, the 78-year-old singer-songwriter started the set by singing her own songs with Brandi, including “A Case of You” and “Both Sides Now.” Joni was also joined by Blake Mills, Taylor Goldsmith, Marcus Mumford, Wynonna Judd, Lucius’ Jess Wolfe and Holly Laessig, among others, who took turns playing their favorite Joni tracks. The star also performed “Big Yellow Taxi”, “Summertime”, “Love Potion No 9”, “Why Do Fools Fall in Love”, “Circle Game” and more.

Fans captured the rare moment and it wasn’t long before the videos went viral online. Many became emotional when they performed Joni after 1969. One user said: “Watching videos of @jonimitchell singing with @brandicarlile and countless others in Newport brought tears to my eyes. It was so nice. Brandi is an amazing talent but also has the ability to bring others together in such a beautiful way.” One of many wrote, “We missed you!”

Many regretted not having attended the festival. One fan commented: “Joni Mitchell sang ‘Case of You’ with Brandi Carlisle.

While others couldn’t get over her performance and she praised: “Joni Mitchell and a little bit of Brandi Carlile but watch Joni. She’s so intense and amazing.” “Seeing Joni Mitchell thrive is just a bloody rule,” wrote one fan.

Born Roberta Joan Anderson on November 7, 1943, the nine-time Grammy winner and inductee into the Rock and Roll Hall of Fame, Joni is the daughter of a teacher and an Air Force officer who had to move several times with his family. According to TheFamousPeople, one of her teachers encouraged her to write poetry, which was a precursor to her musical journey. Joni was discovered by David Crosby of the band Crosby, Stills & Nash in the 1960s. He produced their debut album, Song to a Seagull. A few months later, their second album, Clouds, contained their first hit, Both Sides Now. The LP made the US Top 40, sold over 500,000 copies and won its first Grammy Award.