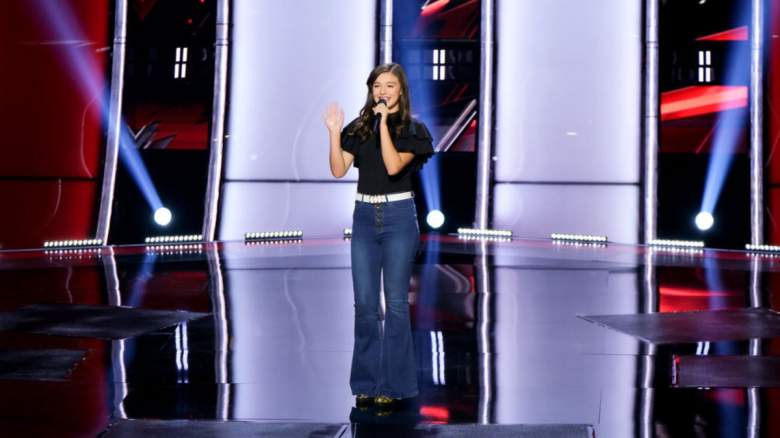 Tuesday September 21, 2022 was the first day of blind auditions for season 22 of The Voice, and the show kicked off with an impressive audition.

Before her audition, Ley told cameras she first performed live when she was nine and her parents said they are proud of her and her father said that sometimes he couldn’t even watch her perform or he would start crying.

Ley sang “Cielito Lindo” because it was important to her to represent her roots when she went to the audition, she shared.

Cabello was immediately impressed by the singer, who danced in her chair and flipped before any of the other trainers seemed to even think to flip her chair. She later got a chair spin from Gwen Stefani as well, and Stefani and Cabello danced together for the rest of the performance.

Afterwards, Cabello spoke to Ley in Spanish while the rest of the coaches looked on.

“Your voice is amazing,” Cabello told her. “I love that you sing a mariachi song. I’m so proud of our culture and all of this music is such a wonderful thing to tap into. If you did a mariachi version of, like, a Billie Eilish song… I just think we could have so much fun together.”

Stefani said she liked that Reina had a “raw and pure” performance and asked what Ley’s dream was.

“Of course, to be a big star,” she said, adding that she sings both country and pop music. However, her idol is Camila Cabello.

The 13-year-old singer ended up leaving with Cabello as her coach and fans believe she made the right decision.

“Plus, as an immigrant kid, I feel like she can be something like my little sister,” Cabello said. “That’s the kind of artist I wanted.”

Ahead of the next audition, Cabello added, “I can’t believe she’s 13. That’s crazy.”

Fans shared how excited they were for Ley in the comments of the uploaded YouTube video.

“She’s so amazing!” one person wrote. “Such a wonderful voice at only 13!? And Camila is such a great coach, open to any genre of music, love her!!”

Another person wrote: “This is one of those moments where it’s not even up for debate who this young hope should be paired with!! Camila is very right for her, not only because their age gap is closer and they are both Latinas, but more importantly, Camila is very good at guiding her on how to handle the pressures of a high stakes competitive show like this from a young age can handle because she literally went through it so she knows the feeling all too well!! Excellent game!!”

Many were impressed that the singer’s voice was so mature for her age.