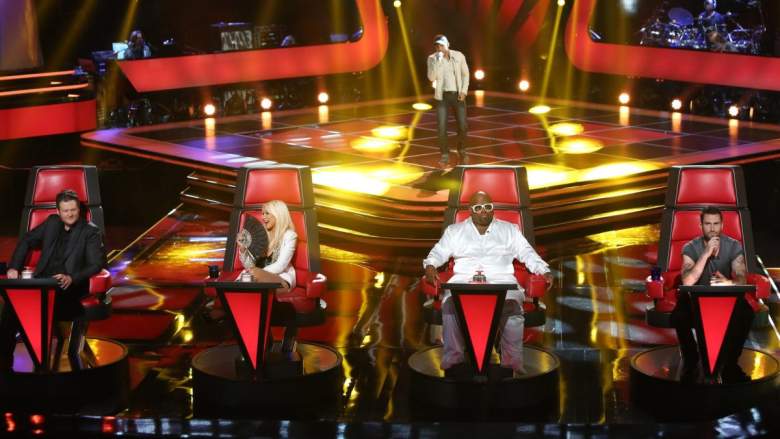 The first look at The Voice season 22 has officially released and reveals the relationship between each coach.

The teaser was shared on Blake Shelton’s TikTok feed along with the caption “Good luck to the other @nbcthevoice coaches this season as #TeamBlake is poised to WIN!”. It was also shared on YouTube.

Season 22 of The Voice is scheduled to premiere on NBC on September 19, 2022. There will be trainers Blake Shelton, Gwen Stefani, Camila Cabello and John Legend. It’s Cabello’s first season as a coach on the show.

The teaser shows Cabello receiving a letter from a secret “admirer”. The video is set up as a mystery with exciting music as the trainers welcome Cabello.

“That’s too cute,” she says upon spotting a gift addressed to her. When she opens the card, however, she decides that maybe she’s not that cute. “You’re going to lose so much,” reads the card in letters that appear to have been clipped from magazines.

Stefani then appears to say that she can’t believe Cabello received the threat and asks Shelton who would send it while sitting menacingly in his big red chair.

Legend shows up with a letter of his own.

“Look at this strange letter I just got,” says the coach. “You should never have come back,” he reads out loud.

The trainers look at Shelton as if it’s obvious that he sent the letters.

The coaches are then shown in their chairs, starting with Legend, then Stefani, then Cabello and Shelton.

Eventually, Carson Daly shows up with the magazines cut up.

“Hey Blake,” he says, holding up the materials. “Can you please stop tinkering in my dressing room?”

The trainers all look at Shelton and Cabello says, “Busted.”

Legend believes the rest of the coaches will have to keep an eye out for Cabello.

“She was on Team Legend as my celebrity guest mentor and I could tell she was really good at it,” Legend told NBC Insider. “In fact, I told her, ‘If a Coach opening ever comes along, you should do it because you’d be great at it.’

Cabello got her start in the music industry on a competition show, so much like now ex-coach Kelly Clarkson, she knows how candidates should work to navigate a competition.

“I made it harder on myself by allowing her to be my competition,” Legend told the outlet. “And now she comes for the crown. We should all be careful.”

For her part, Cabello looks up to coach Stefani the most, she told NBC Insider.

“I look up to Gwen Stefani so much, I mean, in so many ways,” she told the outlet. “She represents the kind of artist I want to be. I feel like she was genre-defying and genre-less and expectation-defying… I feel like I want to take notes of her. She is such a cool artist and so authentic.”

The Voice is scheduled to return to NBC on September 19, 2022. The season will star trainers Blake Shelton, Gwen Stefani, Camila Cabello and John Legend.