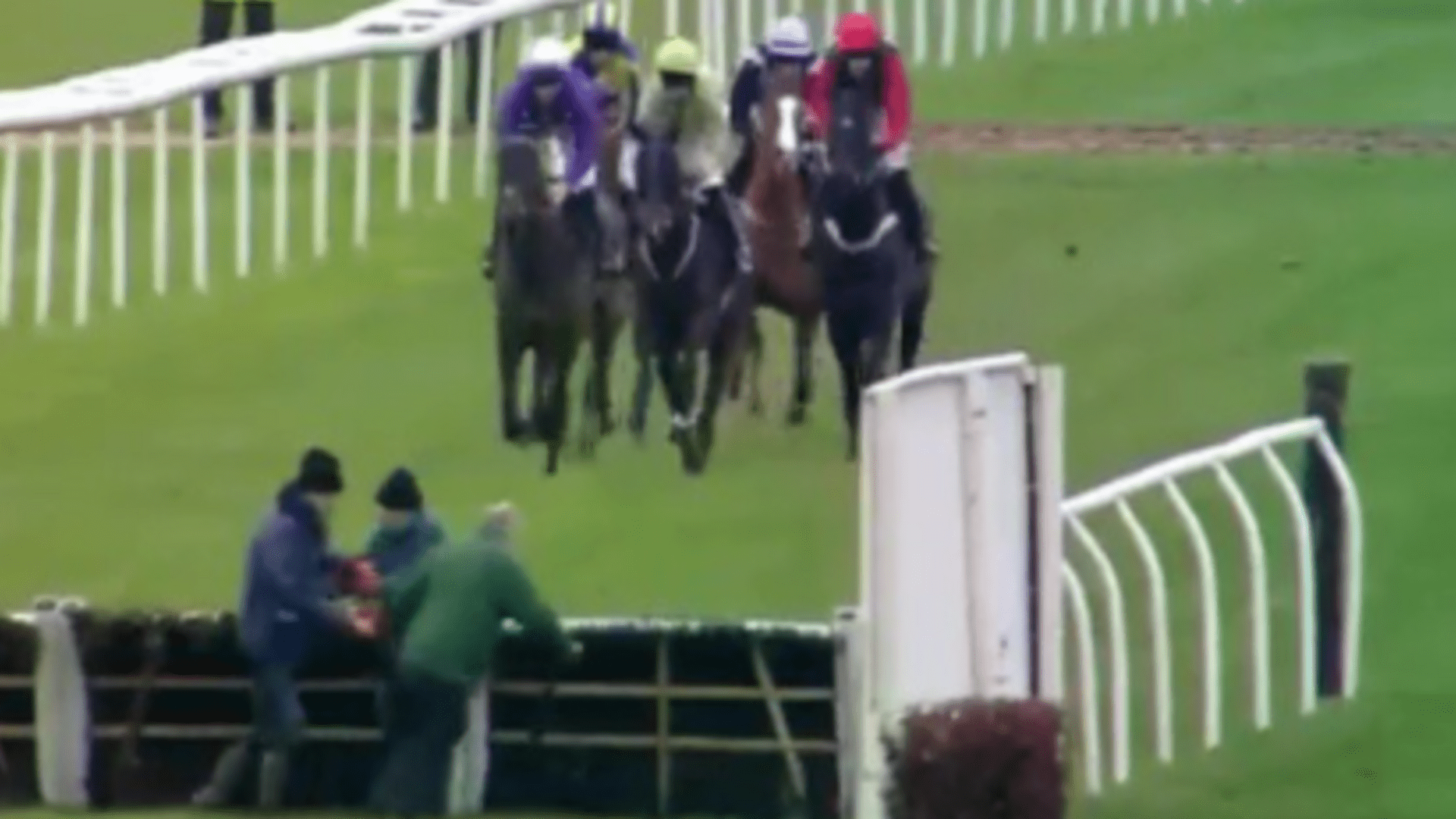 The groundsmen at Doncaster had the surprise of their lives when they almost got run over in the middle of the race on Saturday.

In the first race of the day, three groundskeepers stood in front of the second fence – despite the ongoing hurdle for the beginners.

They stood and talked, unaware that the five runners were racing toward them.

Eventually, they realized the danger just before the field made the leap.

And the trio sprinted to safety just in time to avoid being trampled.

Luckily no one was injured in the incident and the race went on as normal.

All five horses safely crossed the fence and the three careless groundsmen were safely at the edge of the course by this point.

But it could have been much worse if they hadn’t recognized the danger in time.

Fans were puzzled as to why they were standing in front of the fence during the race.

One said on Twitter: “I have to wonder what they were thinking.”

HOW TO GET FREE BETS ON HORSE RACING

Part of another tweet read, “I can’t understand why they were still standing by the fence when they knew there was a race going on.”

And a third joked: “Can anyone hear thunder in the distance?”

The 2m½f competition was eventually won by 10/11 Favorit Rare Edition.

Elsewhere, Bryony Frosy was hospitalized in Bangor on Saturday after suffering a bone-crushing fall from Sir Psycho.

The 27-year-old is said to have broken his collarbone.