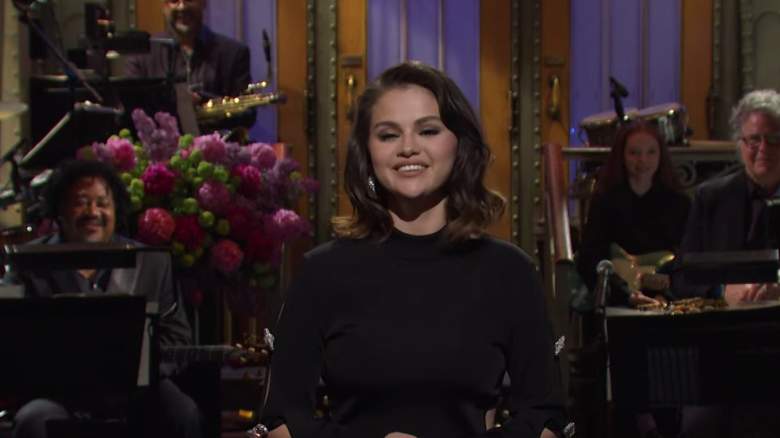 Selena Gomez and former The Voice coach Miley Cyrus have known each other for a long time. So when Selena mimicked Miley’s distinctive voice in her opening monologue on the May 14 episode of “Saturday Night Live,” it’s no surprise that her impression was spot on.

Selena: “I also asked one of my oldest friends, Miley Cyrus, and she said, ‘Just be yourself and have fun. I was like, ‘Miley, is this just an excuse for me to make an impression of you on the show?’ And she was like, ‘Fuck yeah, I’m Miley Cyrus.’” The audience erupted in laughter (see below).

Though the two Disney stars are now friends, it wasn’t always like this. Goalcast reports that they had quite the feud in their younger days: “It had gotten to the point that Selena and Miley were being labeled mortal enemies fighting for the ultimate Disney crown.”

When Selena and Miley were in their early teens, they were cast as enemies on Miley’s hit series Hannah Montana. But the rivalry didn’t end on screen. The pressure of being a young star combined with the fact that both girls have crushes on the same boy led to major animosity between the rising pop stars.

The boy in question? None other than Voice judge Nick Jonas. Although Cyrus and Jonas were never judges on “The Voice” at the same time, both brought fresh energy to the long-running singing competition. According to Goalcast, “Miley began dating her Disney sweetheart Nick Jonas, a relationship she described as intense and borderline obsessive. “He was basically my 24/7 for two years,” Miley told Seventeen. They split in 2008 and the following year Nick became romantically involved with Selena.” Nick and Selena’s romance was kept secret, but when the truth was out, Selena admitted she had even considered marrying Jonas’ youngest brother , reports Goalcast.

Though Miley and Selena’s rivalry was never made explicit, there have been several passive-aggressive hits, such as the 2008 YouTube video of Miley and friend Mandy mocking Selena and Demi Lovato (WATCH below).

Another incident occurred when Miley was performing a concert in Milan, Italy, and during her song FU, she held a homemade cardboard cutout of Selena, which she ended up tossing across the stage, ABC says. The song’s lyrics include, “I don’t really have much to say…I got over it when I saw her name…I have two letters for you…One of them is F and the other is U.”

Was the recent Saturday Night Live impersonation a continuation of that old rivalry? Probably not. As they matured, the two superstars mended fences and now admire each other. As Goalcast explains, “In an interview with W Selena said that both she and Miley are currently “set up” in their own lives and don’t have negative feelings for each other.” Miley has expressed similar feelings. So, more than likely, the spot on SNL impersonation of Miley done by Selena was all very funny.