WATCH IT: Rachel Recchia’s reaction to Gabby Windey on DWTS has fans talking 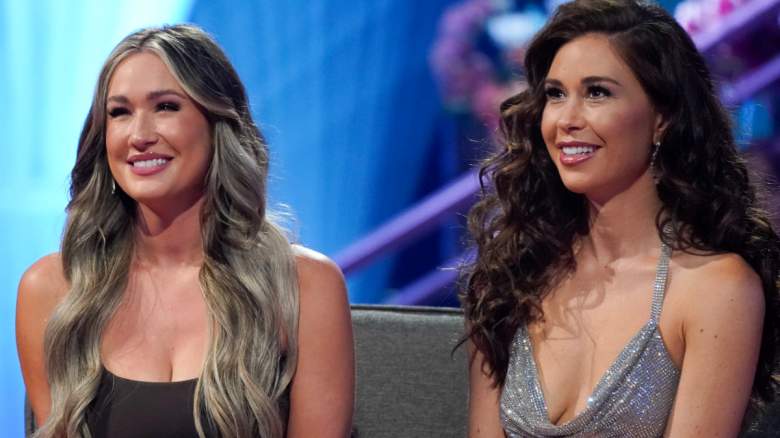 Gabby Windey completed her first routine on “Dancing With the Stars” at the live premiere streaming on Disney+ on Monday, September 19, 2022.

The ‘Bachelorette’ star ended up having a great outing with her pro partner Val Chmerkovskiy and had one of the highest scores of the night for her jive. Windey, who was an NFL cheerleader, seemed to adapt well to ballroom dancing, and she performed her very first dance really well based on the judges’ feedback — and her score.

And while many had their opinions of Windey before she came out and danced, her liking seems to have grown considerably and she’s become a real contender for Season 31. Meanwhile, there was one person who believed in her the whole time and who was in the live audience cheering her on — her best friend and fellow “Bachelorette” co-star Rachel Recchia.

Even before Windey performed her first dance, Recchia was on social media asking fans to vote and sharing videos from the ballroom. Recchia sat next to Chmerkovskiy’s wife, Jenna Johnson, and two ladies couldn’t have been more excited to see the show.

After Windey and Chmerkovskiy danced, the camera panned to Recchia, who had a big smile on her face and was loudly cheering for her friend. Fans took to Reddit to respond to Recchia’s support of Windey.

“When Rachel looks happier watching Gabby dance than she has with any of her men this season,” wrote the person who started the Reddit thread, sharing a still of Recchia looking super proud .

“Rachel had this energy while Gabby danced and it was adorable,” added another.

“The true love story of the season,” said a third person.

“Obviously this is at the moment. I’m so happy Rachel attended Gab’s premiere. And even if that’s the case, it’s still my wish for the season. #girlsforever,” commented a fourth Redditor.

After filming wrapped on The Bachelorette, Windey and Recchia had dinner with an ABC executive, and it was Recchia who pushed for her friend to be included on the reality competition show.

“Gabby is actually in it — and this is God’s honest truth — she’s in it because of Rachel,” Robert Mills, ABC Entertainment’s senior vice president, alternative series, specials & late-night programming, told Entertainment Tonight. “When we were at the CMA Fest in Nashville in June, we were having dinner and Rachel was like, ‘You gotta put Gabby on Dancing With the Stars. This is her dream. She would be so good. Please, please put them on,'” he recalled.

Mills admitted Windey wasn’t on the list of DWTS potentials, but Recchia changed that — and she’s ultimately the reason Windey got on the show — and it’s paying off.

The fans seemed to love Windey and Chmerkovskiy’s energy and their dancing was rated very highly on the first night. The two were slightly safe after live voting ended and fans can’t wait to see what these two have in store for week two.