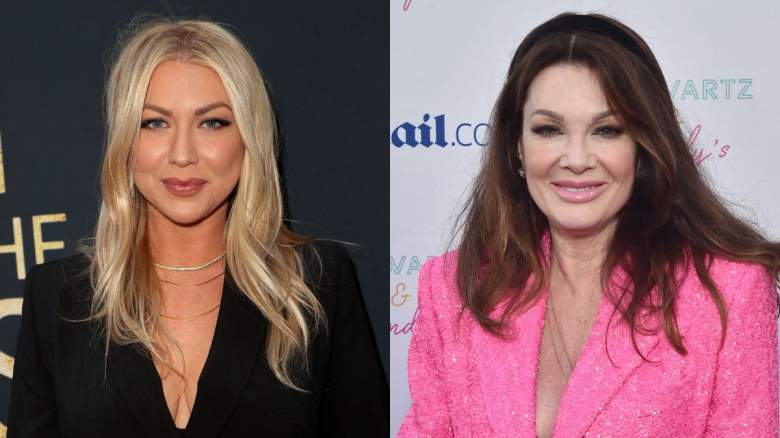 The Brent Shapiro Foundation’s 2022 Summer Spectacular Gala was a star-studded event in Beverly Hills this past weekend, and several “Vanderpump Rules” stars attended as Lala Kent was the Spirit of Sobriety Honoree of the Year.

The VPR star posted a photo of herself with co-stars Katie Maloney and Lisa Vanderpump, as well as her former co-star Stassi Schroeder. Fans were quick to note that Schroeder and Vanderpump were side-by-side in the photo and shared their reactions to the reunion.

Schroeder was fired after season 8 of Vanderpump Rules for “backlash over past racist comments and actions,” according to Us Weekly. Here is the picture:

One person commented, “Love seeing this group of women together especially Stassi and LVP.” Another wrote, “Yes! Yes! Yes indeed! Proud of you & you brought @stassichroeder & @lisavanderpump together at the same time.” Someone else said, “Lisa and Stassi together!!!”

Another commenter wrote, “The image that heals my soul is Stassi dating Katie Lala and LVP.” Someone else agreed, “so happy to see the gang together with @lisavanderpump.”

One person commented: “Love seeing Lisa and Stassi together. Happy for you Lala.” Another said: “Love the picture of all you ladies!! We need spinoff stats!” Another wrote, “The four of you together just feels right.”

Someone asked on Reddit, “Do we think Stassi is trying to get her to go back to Lisa Vanderpump’s world?” So great for Lala and Katie…..Katie is serving!” Another person wondered if something was “in the works”.

Schroeder and Vanderpump have both spoken out about where things stand between the two after Schroeder left the show. According to Us Weekly, Schroeder was fired after Season 8 along with Max Boyens, Brett Caprioni and Kristen Doute “after they caused a backlash over their past racially insensitive statements and actions.”

Schröder addressed the situation with her former boss during an interview on the Morning Toast podcast in April 2022, saying the two women were cordial. “We are friendly when we see each other, but that’s all,” wrote the mother-of-one. The comments are similar to those Vanderpump made a year earlier in an August 2021 interview with Us Weekly. She said she contacted Schroeder:

“I wish them all the best, I do,” Vanderpump told the publication at the time. “I also think they had to learn a lesson about respecting other people’s perspectives, showing empathy and looking at other people’s lives, not just through their own lens. I personally think a lot of people need to learn that.”