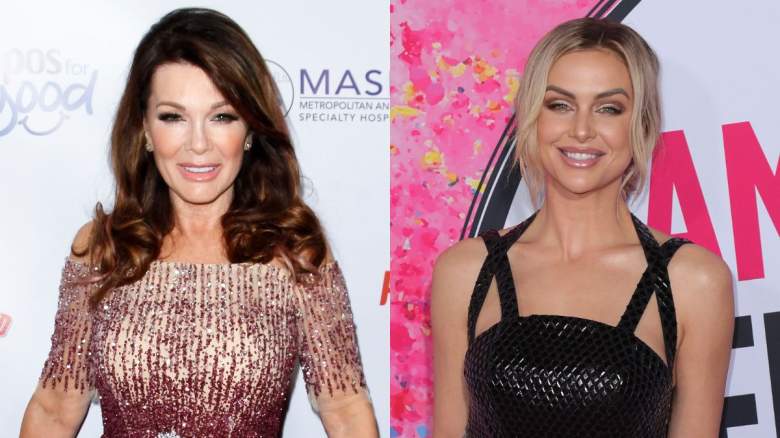 On Saturday, September 10, many celebrities attended the Brent Shapiro Foundation’s star-studded 2022 Summer Spectacular Gala in Beverly Hills, and “Vanderpump Rules” star Lala Kent was a special guest of the evening.

Kent announced that she was the Spirit of Sobriety Honoree at the event and some photos posted after the gala showed her receiving support from past and present VPR co-stars Lisa Vanderpump, Stassi Schroeder and Katie Maloney. “Over the weekend my sobriety was recognized at the @brentshapirofdn charity event,” Kent wrote on Instagram, along with a photo of the four women. She added:

Kent shared her gratitude with those who supported her sobriety, and thanked hosts Bob and Linell Shapiro for the honor. Here is the post:

A day before the event, Kent shared on Instagram that she would be recognized at the event, writing on Instagram, “I am honored to announce that I am the @brentshapirofdn 2022 Spirit of Sobriety Honoree at their Summer Spectacular Gala going to be weekend.” She said it’s important to her to “share her story of sobriety with as many people as possible, especially our youth, to raise awareness of this life-changing disease.”

The Brent Shapiro Foundation focuses on drug and alcohol prevention for teenagers in the United States, and the gala is an annual event to raise money and raise awareness. It was founded by Robert and Linell Shapiro after they lost their 24-year-old son Brent to addiction in October 2005, according to their website.

Kent’s post after the event, which showed the VPR star walking the red carpet with Vanderpump, Schroeder and Maloney, received plenty of comments praising and supporting her. Kristen Doute wrote: “Love you La. I couldn’t be prouder of you.” Leah McSweeney said, “Congratulations Lala!” Melissa Gorga commented, “Congratulations beautiful!!!” Whitney Rose wrote, “Congratulations @lalakent you are so powerful and beautiful.”

In addition to the photos posted by Kent, photos from the event posted to Getty Images showed Kent posing with her daughter Ocean and Vanderpump.

Celebrating three years of sobriety in October 2021, Kent previously opened up about her struggles with alcohol and the reasons for choosing a sober life.

“I used to feel like, ‘How am I down to drink right now during the day?'” she told People. “And after my father died, we drank a lot. It’s crazy because I’ve been open about suffering from anxiety and haven’t said I don’t suffer from it anymore, but it’s gone down tremendously since I stopped drinking.”

She also said she no longer smokes weed and has referred to herself as a “clean baby.” She added, “I’m just ready to be a healthy person.”