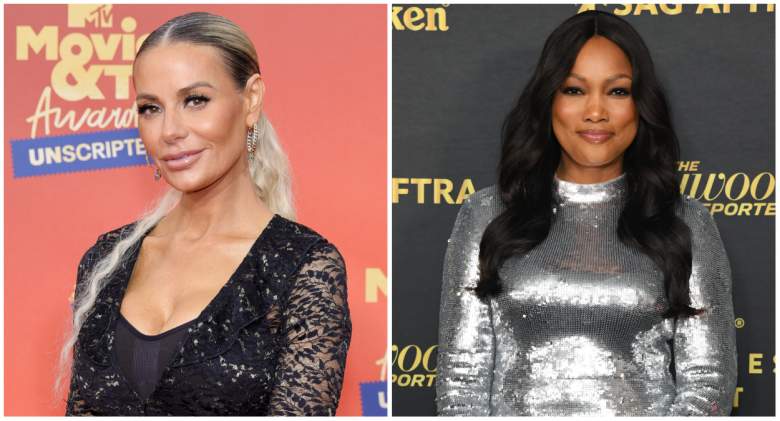 Garcelle Beauvais and Dorit Kemsley revisited some old drama when they appeared on Watch What Happens Live.

On Wednesday September 21st, the RHOBH co-stars were guests on Andy Cohen’s live late night talk show. During the aftershow, the drama was brought up at Beauvais’ birthday party.

One fan asked: “Dorit, why were you trying to make it seem like Garcelle was being shady when she mentioned Erika? [Jayne’s] Drink?”

“Um, you know what,” Kemsley begins as Beauvais swivels her chair over to Kemsley to listen. “I knew that Garcelle was understandably very upset about what Erika said to Jax. And I felt like there was a little, a little bit more resentment, and maybe that’s why drinking was brought up. I’m not saying quite, but I think there was something of it.”

Beauvais was then asked by Cohen if she felt she went “extra” on Jayne.

“But you heard it,” Kemsley piped up.

“But I heard it, yes, but I also forgave her, and when I did I really meant it,” Beauvais replied. “And I remember at one point Erika came up to me and said, ‘Thanks for not dragging this out.'”

“That’s what she said,” Kemsley agreed.

“See, I guess, as a mother,” Kemsley continued. “I think if I was in Garcelle’s position that would stick with me for a while. It’s difficult when it comes to your own child. You can forgive or just move on, but it might stay for a bit.”

“Yeah, but as a mom, I didn’t want you to laugh about it either,” Beauvais said of a scene in which Kemsley laughed at Erika, who berated Beauvais’ 14-year-old son.

“I totally understand that,” Kemsley said, putting her hand on Beauvais’ arm. “And I wasn’t laughing about it, um, I wasn’t the one who started the conversation and I certainly wasn’t laughing. But when I was describing Erika, almost defending her for her drinking, because I hadn’t seen Erika drink in six years, you know, it wasn’t, it wasn’t… when I looked at it, when I looked back, it didn’t seem appropriate to be to just ignore what she had done. And that’s what really made me uneasy about it. And you know, I’m texting you right now because I felt really shitty. I swear to you.”

“When I watched it again, I felt like someone put a knife in my stomach and I know I did that to myself,” she said.

“It was hard to watch,” Beauvais agreed, turning back to Cohen.

“You two just had a nice session,” Cohen said, changing the subject.

Fans used the video’s comments to express their thoughts on the hash-out session between the two friends.

“Dorit… girls, bye! If Erika attacked one of Dorit’s children, she would have exploded on Erika. Then let’s not dismiss the fact that alcoholic PK was arrested for DUI,” one wrote.

“Dorit’s condescending arm slaps show her insincerity,” one commented. “Classic control train. Garcelle even mirrors it back to her as if to say I see you and is just over her head at how rude she is being. Body language says a lot about people’s true intentions.”

“Dorit is trying to stifle the whole laughing situation,” said one fan.

Another fan wrote: “LOL Dorito said as a mom she kinda felt but couldn’t properly explain or apologize to Garcelle for laughing at her son. She just felt ‘s*****’ because the world got to see how gross she really is.”

“Can’t wait to see the reunion because Garcelle has EVERYONE written on her face that she doesn’t like Dorit and doesn’t have time for her ANYWAY!” one fan pointed out. “Garcelle says SO MUCH with her body language and facial expressions and Dorit looks scared as hell like she knows she’s walking on thin ice with Garcelle!”