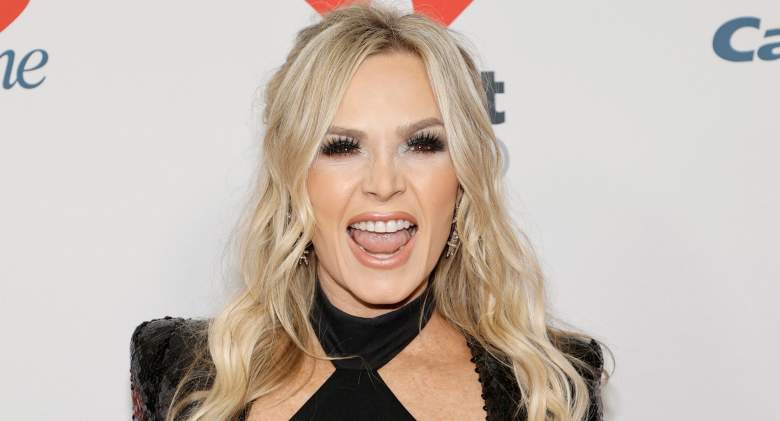 Fans went after Tamra Judge after several videos of her filming “Real Housewives of Orange County” were leaked on social media.

Queens of Bravo has shared multiple videos of Tamra Judge, Taylor Armstrong and Shannon Beador filmed by fans at the venue. The women were spotted filming the upcoming season of Real Housewives of Orange County at the Nobu in Newport Beach.

One clip shows Judge in a bright pink coat arguing with Beador in a red dress in front of the restaurant. Another clip shows Judge screaming in a bar area and banging her fist on a table, in this clip she appears to be alone. And the third clip shows Judge and Armstrong in a brown dress at a booth and the caption: “Seen: Tamra screams WHERE IS SHE?! and I DONT CARE filming with Taylor.”

The three clips were all taken on September 17, just hours after it was announced that Beador’s ex-husband, David Beador, had filed for divorce from his new wife, Lesley.

It’s unclear what order the videos were filmed in as they are from different fans.

Judge returns to the franchise after a two-year hiatus. Armstrong makes her RHOC debut, having previously starred in RHOBH.

Fans took to the comments of the various posts, and many fans weren’t thrilled that Judge was already performing.

“Is anyone really surprised? It’s Tamra!” someone wrote.

“I’m not looking forward to Tamra” Another fan tweeted.

“Tamra playing it back for the cameras? #RHOC”, someone said.

“Do you really yell like that in public?” someone asked.

Another fan said: “Lol, this is so embarrassing.”

“I’m not sure how I’m feeling fighting this season” said a fan.

someone wrote “I’m not going to watch OC anymore. She is desperate.”

“She does too much” A fan tweeted.

“I hope you can keep it easy this season. A little conflict is fine, but when it gets dark, people get put off.” someone wrote.

“Am I the only one really disappointed to see Tamra and her rage back?” asked a fan. “I’ll try, but I may have to find a new city to check out.”

Someone said, “She looks like a mad woman banging on the table.”

On August 21, Judge took to Twitter to address a Now tweet that RHOC cast members refused to film with her.

“Complete lies,” she tweeted as she shared the tweet.

According to Showbiz Cheat Sheet “The rumor referred to the “OGs” judge not being welcome. With no original cast members left, the rumor may have stemmed from drama that happened between Judge, Heather Dubrow and Shannon Beador last year.”

The tweet also said: “Like [Judge] planned a dinner to address the chilly reception she received but was slammed by the cast for what she said about her on her podcast and in the media. Nobody wants to film with Judge and it flops hard,” the outlet reported.