WATCH: Blake Shelton takes advantage of his ‘The Voice’ Battle Save after an incredible feat 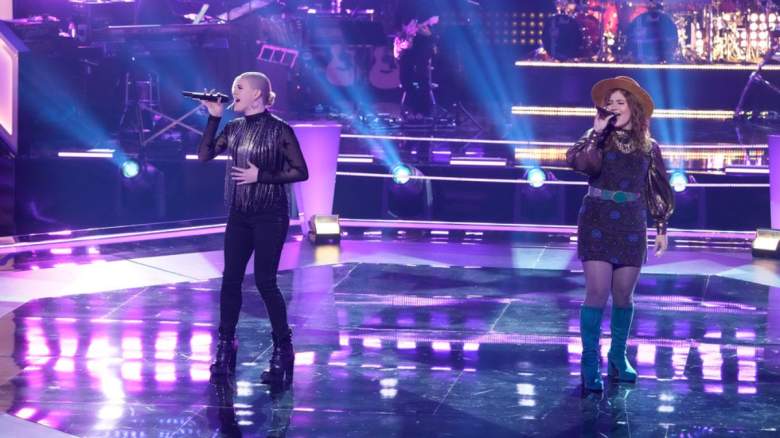 The battle rounds are well underway at NBC’s “The Voice,” and that means the teams are slowly shrinking into the knockout rounds. For Blake Shelton’s team, that meant having two of his singers compete against each other for a Maren Morris song.

Hailey Green and Lana Scott played the song “Girl” by Maren Morris during the Battle Rounds. Before the performance, they met with Team Blake consultant Dierks Bentley for advice and to reach their agreement.

During the fight, Shelton appeared to be enjoying the performance, and fellow coaches Ariana Grande, John Legend, and Kelly Clarkson also liked the performance.

The performance ended sweetly, with holding hands and a hug between the participants.

“What an achievement!” Said John Legend when they finished singing. “You two are such great singers. You have power, your tone just grabs me … It felt so good. There is a lot of subtlety behind it. “

Clarkson also thought it was a perfect song for both performers. Shelton reminded the audience that Hailey is a player on her high school football team, which really impressed him from the start.

“This is my unpopular part of the show because I just can’t stand it,” Shelton began. “But the winner of this battle is Hailey.”

Shelton eventually picked Hailey because she was young and an extremely powerful voice, but he said he wanted to work on her dynamism and stage presence. Shelton then used his only rescue to save Lana.

“Get your a ** back on that stage!” Shelton yelled at the singer, telling her that he just didn’t pick her because he thought she could handle 30 seconds of a broken heart.

Clarkson and Grande were both so excited about the Save.

This is how the “The Voice” teams look like after the first battle round:

The Battle Rounds will continue into the next few episodes as the teams get firmer. Then the remaining participants move on to the knockout rounds, in which Mega Mentor Ed Sheeran is represented.

“The Voice” airs Mondays and Tuesdays at 8:00 p.m. Eastern Time on NBC.

CONTINUE READING: WATCH: Ariana Grande collapses after the battle of ‘Powerhouse’ on ‘The Voice’