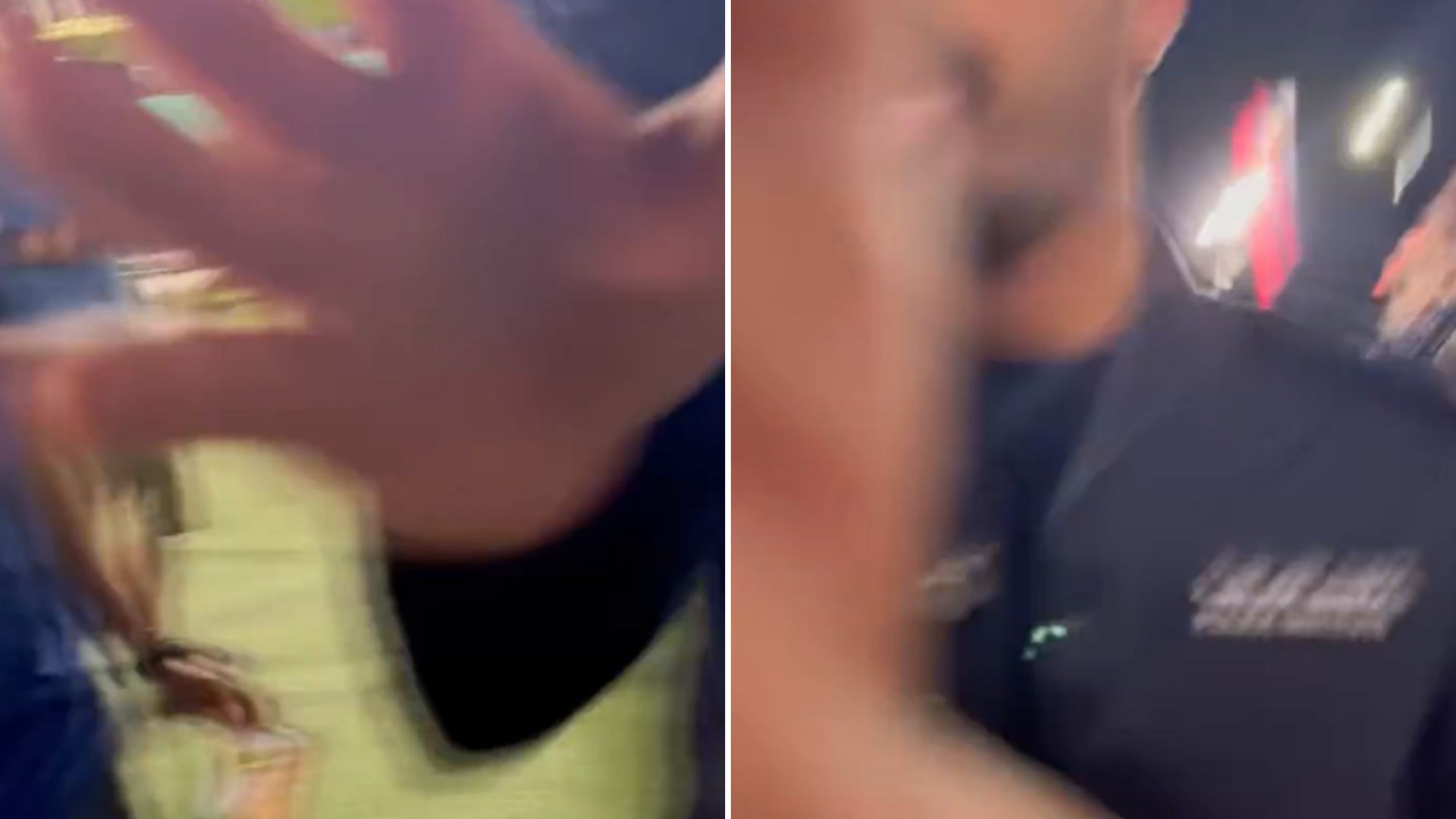 THIS is the moment a World Cup fan has his cell phone slapped out of his hand while filming the chaos in one of the fan villages in Qatar.

The football fan was filming at the Fan Village Cabins Zafaran when fans had to wait up to eight hours to get their rooms.

At the check-in counter, frustration builds as fans queue while carrying their luggage and loud voices can be heard.

The camera pans around as the fan says, “This is where it gets wild.”

The video shows the makeshift tents and artificial green grass as the fan films the chaotic scene in the World Cup Village.

And then a man clearly wearing a Qatari police uniform lunges at him, smashing the camera as the footage ends.

The video was sent to The Sun Online by another football fan staying at Fan Village Cabins Zafaran.

He said the situation at the camp is an “absolute disaster” – with fans arriving only to find their rooms are not ready.

The fan, who supports Mexico, told The Sun Online: “[It is terrible] Many fans have to wait more than eight hours for a cabin.

“We are tired and the queues are not only a problem at check-in, but also at the food stalls and markets in the village.

“It takes a whole day to check in, and it takes over an hour to get food.”

The Kansas City fan in the US is now trying to get his money back as rooms at the Cabin Village cost more than £175 a night.

They had to wait to be admitted to their cabin without food or water, and when they reached their rooms they found that they were not cleaned.

“That is [an] Outrage and we are now looking at other options as we have been officially robbed,” he said.

Qatari authorities were forced to admit that the pop-up facilities they constructed were “substandard”.

And they are now offering full refunds and free alternative accommodation.

Angry fans told The Sun Online how they endured horror check-ins only to be sent to filthy sauna-like rooms – raging that the rooms weren’t fit for “human habitation”.

Qatar had rushed to set up a series of “fan villages” to accommodate the more than one million fans who will travel to the country during the four-week tournament.

But instead of being the paradise villages they were sold as, they have been compared to the infamous “Fyre Festival”.

Another fan from the US told The Sun Online he was told by police not to take pictures.