WATCH: Ariana Grande collapses after the battle of ‘Powerhouse’ on ‘The Voice’ 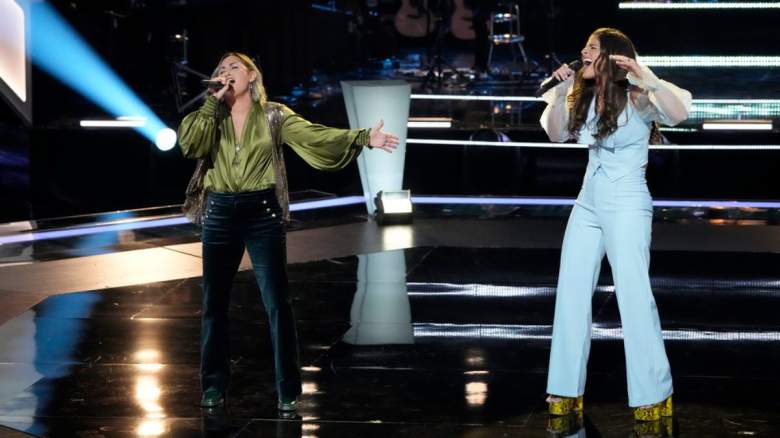 Every celebrity who coached NBC’s “The Voice” has gone through the Battle Rounds, in which they pit two of their talented candidates against each other to decide who will go ahead in the competition.

For Ariana Grande, the newest trainer on set, that decision was particularly difficult for the first two members of her team to take part in a battle. The coach matched singers Bella DeNapoli and Katie Rae and had them sing “No More Tears (Enough Is Enough)”.

The partnership produced an amazing performance from the two women, and the coaches were all impressed with the vocal powerhouses on stage in front of them.

Grande, who said on “The Voice” that she was worried that she would become too attached to her candidates, had a very difficult time after the performance.

“Oh my god, I love the build, you know how you two started in that soft phase and then this powerhouse,” John Legend began after the performance was over.

The camera then panned to Grande, who obviously burst into tears and was going through some emotions.

Legend went on to compliment Bella on her vibrato and high pitched holding, saying he wasn’t sure Katie Rae would be able to respond to it in a convincing way.

“And wow, Katie Rae, my lord,” added Legend. “Your tone is so good … it’s hard because [Ariana] is a new trainer and that is the hardest part of our job. And it’s hard when you both make it so hard by doing so well. “

Legend said he would be on Katie Rae’s side.

Kelly Clarkson said she loved the “drama” of the performance at the beginning.

“Bella, you’re crazy, but there is something captivating about that sultry bottom end of Katie that I love so much,” Clarkson shared.

Blake Shelton disagreed with the other two coaches, stating that he actually leaned toward Bella.

When it was Grande’s turn to speak, she found it difficult to say words to the candidates as they both burst into tears and Clarkson fanned her face to keep from crying.

“I don’t want to get too emotional, but I adore you both so much,” she shared. “You are both so consistently phenomenal and there is nothing to fix. Every time we ran it was breathtakingly perfect. There is nothing that one of you cannot sing. “

She added that the song she chose meant a lot to her because she and her mother sang it together in the car.

“I literally talked to my therapist about it,” said Grande.

Grande chose Katie Rae as the winner of the fight, but split Bella DeNapoli to keep her on her team for the next round of the competition.

Grande was also later torn when Chavon Rodgers and David Vogel performed together.

“The Voice” airs Mondays and Tuesdays at 8 p.m. Eastern and Pacific on NBC.