WATCH: An Outstanding Participant’s Journey to “The Voice” is coming to an end 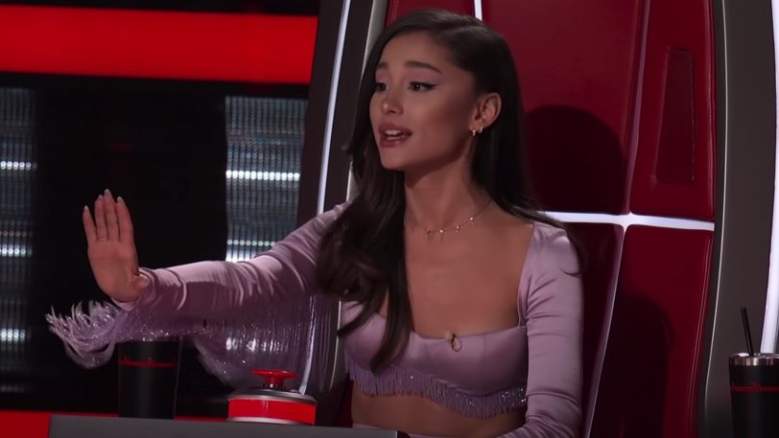 It’s always hard to see talented entrants leave The Voice, especially in the early stages of the competition.

By the second night of the Battle Rounds, both Kelly Clarkson and Ariana Grande had already used their only parade, making their decision of the battle winner even more difficult. Nurse Vaughn Mugol was an early standout in the competition. Three coaches turned to his performance of Ed Sheeran’s “The A Team” during the blind auditions.

Mugol’s Blind Audition was released as a sneak peek for season 21 and has over 2.5 million views on YouTube. After joining Team Ariana, he competed in the Battle Rounds against Katherine Ann Mohler. The duo played Nelly and Kelly Rowland’s “Dilemma” and Grande declared Mohler the winner of the battle.

Neither judge decided to steal Mugol, so his journey on “The Voice” is over. He thanked Grande for the opportunity to work with her and said, “One thing is for sure, I have an amazing story for my patients.”

Check out the Battle Round performance below.

Why did Grande Mohler prefer Mugol? Mugol and Mohler had excellent chemistry with each other during the performance, but John Legend, Blake Shelton, and Grande all found Mohler to be more noticeable.

Kelly Clarkson preferred Mugol’s performance, saying he had the “warmer tone”. Shelton said he disagreed with Clarkson and thought the exact opposite was that Mohler’s tone cuts through. “It’s not surprising that we disagree, it’s on par,” joked Clarkson.

“Katharine is such an amazing student of music. This was such a big step out of her comfort zone that I had to go with her, “Grande said in her post-episode interview. She hugged Mohler after the performance and said: “What the hell, where does that come from?”

Shelton admitted that he had never heard the song “Dilemma” before. “Did you live under a rock?” Clarkson asked him. “There were lots of rocks where I lived,” Shelton joked. “That was an incredibly big hit son,” added Legend.

Who was stolen and rescued in the first week of the Battle Rounds? Here is everything you need to know.

On the first night, Clarkson used her rescue against country singer Kinsey Rose. Despite the fact that all three other coaches tried to steal her, Kinsey decided to stay with Team Kelly. Grande used her save against Bella DeNapoli after declaring Katie Rae the winner of her fight. Grande and Legend both came in to steal Team Kelly’s Jershika Maple, but she decided to join Team Legend.

On the second night, Shelton rescued Lana Scott after declaring Hailey Green the winner of her fight. “The only decision I had to make was who I thought could handle the 30-second broken heart better, so I would never let you go,” Shelton said.

Legend also used his save against Samara Brown on the second night after declaring BrittanyBree the winner of their bout. Both Clarkson and Grande tried to steal her, but she stuck with Team Legend.

The new episode of “The Voice” will air Monday and Tuesday evenings on NBC.

CONTINUE READING: The first 3-way steal & save in ‘The Voice’ history