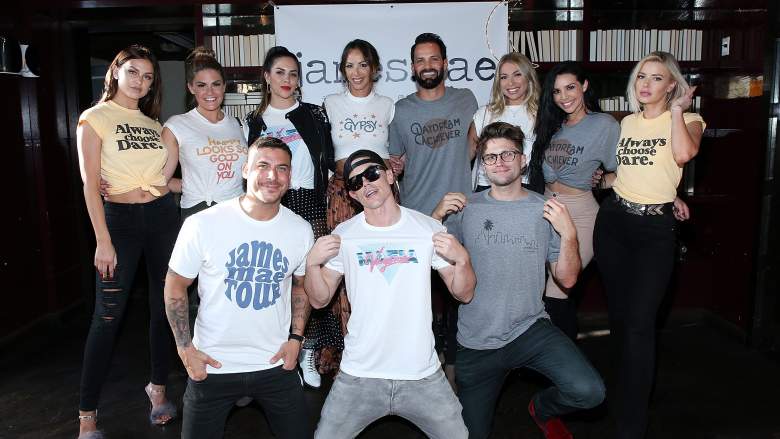 Vanderpump Rules star Lala Kent appeared on an episode of her former castmate Kristen Doute’s podcast Sex, Love, and What Else Matters in January 2023, co-hosted by boyfriend Luke Broderick. During taping of the podcast episode, Doute, who was fired from Vanderpump Rules after Season 8, revealed that while she’s “not trying to conceive right now,” she wants to be a mom relatively soon.

“I can’t stop talking about how much I want a baby more than anything in the world,” the 39-year-old shared.

She also revealed that she uses ovulation tests to track her cycle. However, she noted that she was frustrated with the ovulation prediction tests as they indicated she was not ovulating. The Vanderpump Rules alum clarified that the issue could be due to user error.

“I’m just always curious, so if I’m willing to seriously pull the trigger, will this work?” said Doute.

Doute announced her relationship with Broderick during an episode of “Sex, Love, and What Else Matters” in December 2022. Broderick revealed that Doute was reluctant to date him due to his age and the fact that they would be in a long-distance relationship.

“You also told me that you were trying really hard not to fall in love with me and because of my age, because of the distance, because of those factors, that if you think about it logically, how can this work?” said the Colorado resident.

The author of He Drives You Crazy: How to Get the Guy, Break Up, and Get Over It also shared her past relationships, which led to her not wanting another boyfriend.

“I’ve struggled with being like your person, like I love you so much, but just the thought of being someone’s girlfriend again kind of threw me off because I want to be a wife and more importantly a mother . I just want to be a mom and partner and I was so tired of being a girlfriend for a few years and then, to be honest, breaking down,” the television personality said.

During taping of the December 2022 episode “Sex, Love, and What Else Matters,” Broderick revealed that he felt an instant connection to Doute.

“I had this spark from the start and you kept saying how were you sure? How do you know? And I would say I don’t even know, I don’t even know how to say how you know. Sometimes it hits you in the face and you’re like wow, that’s rare, that’s something I have to pursue,” the 31-year-old shared.

In the December 2022 episode “Sex, Love, and What Else Matters,” Doute revealed the biggest sticking point in their relationship. She explained that she was unhappy that her boyfriend was a hunter because she had been a vegetarian for almost three decades. She clarified that she did not force Broderick to stop pursuing his hobby.

“It’s tough, I’m not going to lie, but I know that the way you’re dealing with it — it’s something that’s very important to you, and I know that you’re not just like a killer,” said the former “Vanderpump Rules” star.

She also noted that she’ll “overlook” her boyfriend’s love of hunting because he’s “not a cheating, lying, b*****, piece of shit.”

On January 4, 2023, Broderick took to Instagram to share his appreciation for Doute. The podcaster has uploaded several photos of his girlfriend during their relationship.

“A lot has changed for me in 2022. The best thing was that @kristendoute came into my life. We’ve had a ton of adventure and fun already and I can’t wait for what’s next! I love you baby 😘,” read the caption.

The tenth season of “Vanderpump Rules” begins on February 8, 2023.