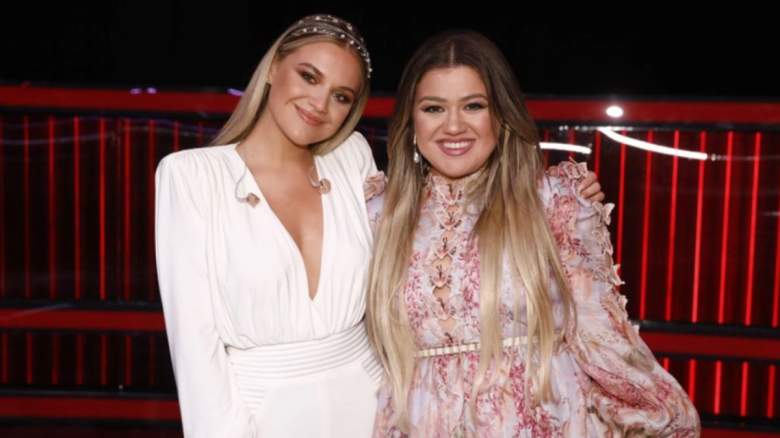 For former part-time “Voice” coach and mentor Kelsea Ballerini, love could be in the air. On Jan. 13, 2023, Outer Banks star Chase Stokes, 30, uploaded a photo of the two looking cozy together, piqued fan interest and many wondering if the two are dating.

The photo, which shows the pair cuddling at a football game, was posted in a series of images on Stokes’ Instagram. He labeled the photo dump “lil recap”. Ballerini, 29, was tagged in the photo and she also commented, “go vols 🙈.”

Fans immediately took to the comments section, and one fan wrote, “Is this a soft launch?”

Ballerini filed for divorce from her husband of nearly five years, Morgan Evans, in Davidson County, Tennessee, on Aug. 26, 2022, according to Heavy court documents.

Court records from People show the couple reached an agreement in their divorce on Oct. 24 in Davidson County, Tennessee.

Neither star is currently living in their Nashville home, which is for sale. According to People, all household furniture and personal items have been divided. Ballerini has since posted photos and videos of her moving into a new home with her dog.

Ballerini and Evans live in Nashville and married there in December 2017, divorce documents show. Ballerini cited “irreconcilable differences” as the reason for the divorce.

“They’ve been working on their marriage for a very long time,” a source told People at the time. “They had previously separated privately and have been in therapy for several years. They did their best but unfortunately came to the decision to officially part ways.”

On November 6, 2022, Ballerini posted a TikTok video with the caption, “A little moment of gratitude. life is cool.”

She added: “And I wish I could tell the 13-year-old me that that was going to be a week of my life and now this week I can put on a pretty dress and sit in a really good seat at the CMA Awards and kick.” up and get nominated. Very grateful. Very, very grateful.”

Fans first noticed the possible new couple when Todd Graves, the founder of Raising Cane, posted a photo from a suite at SoFi Stadium in Inglewood, California.

In the photo, Ballerini and Stokes are close together, her hand on his arm and her head on his shoulder.

Stokes previously dated fellow Outer Banks co-star Madelyn Cline from 2020 to November 2021. They later got back together but split up, according to People. They were spotted holding hands in cast photos in early 2022 but have not appeared publicly together since.