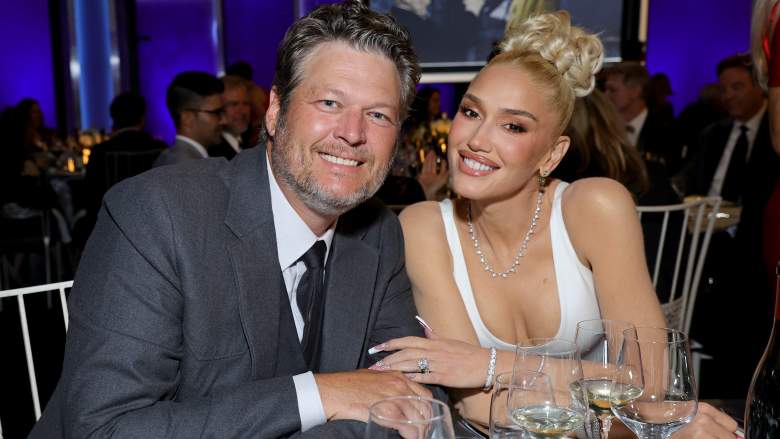 To help his fans celebrate, “Team BS” posted a crazy video on Instagram. It begins with an voiceover from Shelton’s wife, Gwen Stefani, who asks, “Do you ever look at someone and wonder what’s on their mind?”

The instrumental version of The Eurythmics’ “Sweet Dreams” begins to play, followed by a frantic montage of Shelton in a variety of fun scenes from music videos and real life.

Apparently there’s a lot going on in Blake Shelton’s head. The post is captioned, “All BS, all the time 😂… Happy Birthday Blake!!! -Team BS”

Instagram followers enjoyed the free glimpse into the thoughts of the eight-time voice coach and wished him all the best on his big day. One fan wrote: “Oh my god!! His sense of humor makes him so great!! Happy Birthday Blake!” Another user wrote: “Happy Birthday to the SEXIEST MAN ALIVE Blake Shelton I hope you have the happiest birthday ever.”

One Shelton fan said: “HBD Blake! You are a bright and damn funny light in this world! 🎂” Another wrote: “You there man BS! keep doing your thing!!!” A sneaky compliment came from another user, who wrote: “Happy birthday to my second darling 🥳of course George Strait is my first❤️but you’re on top ❤️❤️enjoy your day.”

Never one to slow down, Shelton doesn’t even take the night off for his birthday. He plays on the main stage at the Country Music Festival (CMF) in Sonoma County, California. The CMF is described on the website as “Northern California’s largest country music festival and Sonoma County’s biggest party.”

Shelton has performed around the country, including a guest appearance at his wife’s June 3 concert at the Hollywood Bowl. Shelton and Stefani wowed the crowd with their duet “Nobody but You”, backed by the Los Angeles Philharmonic. As Music Mayhem magazine describes, “Stefani … and Shelton stared lovingly into each other’s eyes as they played the tune, before hugging and kissing as their performance together drew to a close.”

Shelton also had a great time this year as the Official Grand Marshal at the NASCAR All-Star Race on May 22nd and the Indy 500 on May 29th.

The “God’s Country” singer has also been busy working on a new TV show called “Barmageddon” with The Voice host Carson Daly. The show airs on the US network and takes place at Shelton’s Bar Ole Red in Nashville. Shelton posted on Instagram on May 5: “I created a world where life is easy. Good friends hang out, drink, play ridiculous pub games & just have FUN again. You’re all invited to Blake’s Bar.” So, even if you missed the birthday party, you can still celebrate at Ole Red.

Shelton and Stefani will both return as coaches on NBC’s The Voice this fall.