Vicki Gunvalson Opens Up About Former Co-Stars: ‘There’s No Substance’ 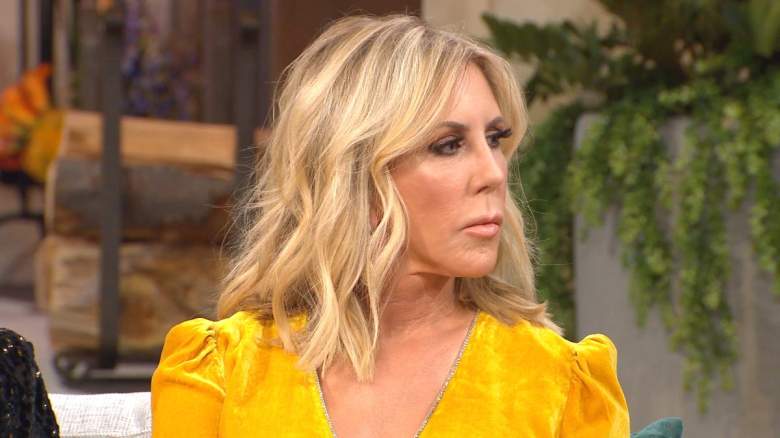 Former Real Housewives of Orange County star Vicki Gunvalson left the show after season 14. Gunvalson shared why she believed she had not been asked to return to the RHOC.

“I think there are many reasons. I’m very conservative like you and I think that doesn’t bode well for a very liberal network. I also think that I’ve gotten very expensive and that I’ve gotten older and I’m 60 now. I can not help myself. I can’t change my date of birth. And it was a good journey, 14, 15 years. It was 14 full-time years and a year as a girlfriend, that hurts me,” said the mother of two.

The 60-year-old then suggested that she thought Bravo viewers would enjoy her presence in the new seasons of RHOC.

“My life is so crazy right now, they’re missing so much good in it. Not just going to dinner and arguing about which charity you want like it’s about real life things,” Gunvalson said.

She went on to say that she didn’t think RHOC stars Emily Simpson and Gina Kirschenheiter would bring much substance to the Bravo series.

During taping of the episode “Rick and Kelly Show,” Gunvalson shared that she had an emotional reaction when Tamra told Judge she was returning to RHOC for the upcoming seventeenth season.

“She called me to say, ‘I just wanted to let you know first that I’m coming back with RHOC,’ and I said, ‘Okay, my phone hasn’t rang yet, so I guess I’m not coming back, are you coming as boyfriend or back full time?’ And she says: “Full time”. And tears started, I started crying right away. She said, “I’ll get you on in a minute,” and I said, “No, it’s fine, unless they always want me for the whole time,” Gunvalson said.

“I’d be a bad friend if I wasn’t and she thinks I didn’t support her enough by going back, that’s not the case. Yes, I have FOMO, I’m like any other woman who feels that way,” Gunvalson said.

She also revealed the reason she believed Judge was asked to rejoin the RHOC cast.

“I thought, ‘What does she have that I don’t have?’ We’re both individual people, she’ll show her t***, I won’t, but beyond that I think we’re a good Lucy and Ethel together. But there’s obviously something about me that Bravo doesn’t like, so I had to accept it,” Gunvalson said.