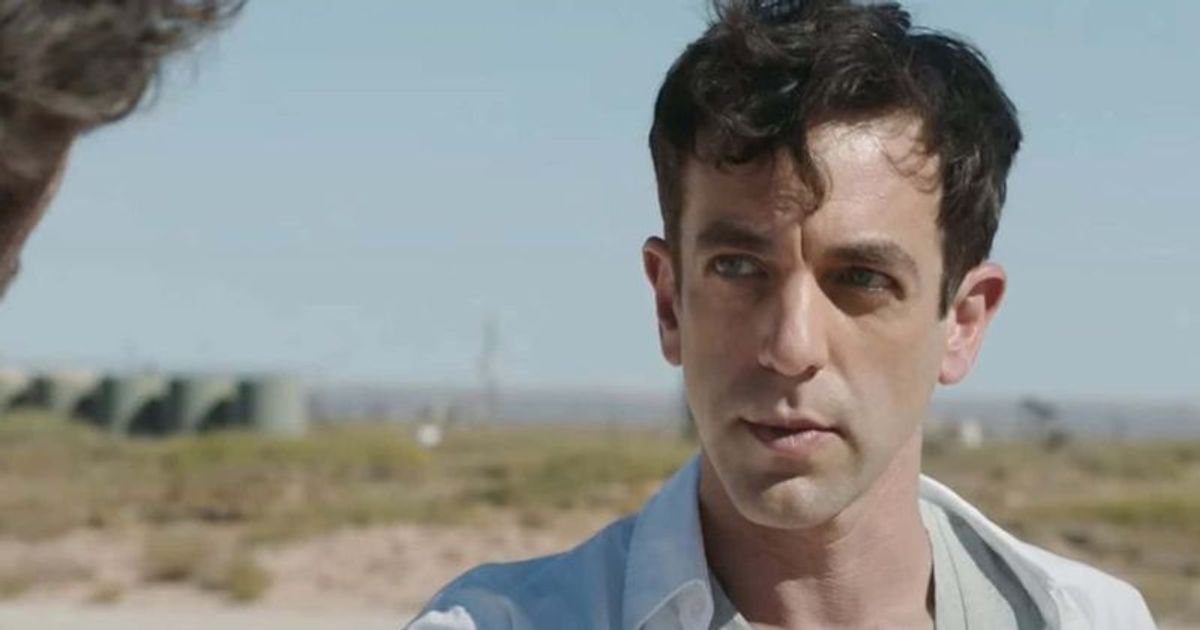 Ben arrives in west Texas to investigate the sudden death of a girl he was dating, which is very twisted than he thought

Recently, dark comic book thriller films are developing their own global fan base. These movies that have a perfect balance between engrossing plot, drama, thriller and also the dark satirical comedy in it are also loved by the viewers. For fans who loved the dark comedy thriller genre, Focus Features brings an entirely new and out-of-the-box dark comedy thriller film, Vengeance. The film was written and directed by BJ Novak. The film was produced by Jason Blum’s Blumhouse Productions in association with Greg Gilreath and Adam Hendricks under their Divide/Conquer banner.

When is Vengeance coming out?

The plot revolves around a New York-based journalist and podcaster, Ben Manalowitz (BJ Novak), who travels to Texas to attend the funeral of a woman named Abilene (Issa Rae), whom he dated briefly. Upon arriving in Texas, Ben finds that Abilene’s family feels their connections to him were more serious than casual.
The trailer is full of twists and turns. While others initially believed Abilene died of a drug overdose, Ben learns that she was murdered and is immediately drawn into a revenge plan. Ben takes an unconventional approach to this case and turns it into a podcast. Initially with no evidence and evidence to suggest a murder was involved, Ben later believes this could all be a cover-up. As he delves deep into Abilene’s mysterious murder, Ben begins to unravel a fabricated web of lies that will help him uncover the true truth about Abilene’s death.

The official synopsis reads: “VENGEANCE, the directorial debut from writer and star BJ Novak (“The Office”), is a darkly funny thriller about Ben Manalowitz, a journalist and podcaster who travels from New York City to West Texas to to solve the death of a girl he was dating. With an ensemble cast that includes Issa Rae, Ashton Kutcher, Boyd Holbrook, J Smith-Cameron and Dove Cameron.”

The following actors have been confirmed for the film.

42-year-old American comedian, director, writer and star BJ Novak is best known as the writer, executive producer and director of the legendary NBC sitcom The Office. He has also acted in films such as Inglorious Basterds, Saving Mr. Banks, and The Founder. BJ Novak will star as Ben in the highly anticipated dark comedy Vengeance.

Who is starring in Vengeance?

1. “I am overwhelmed with excitement to have Vengeance premiere as the pivotal film of the Tribeca Festival, which has supported so many of my favorite artists over the years,” said Novak, whose FX anthology series The Premise premiered last year, in a Expression. Cara Cusumano, Festival Director and Vice President of Programming, added: “BJ Novak has already established himself as one of the most talented actors and writers in film and entertainment, so it comes as no surprise that he is now taking on the role of feature film director. The Tribeca Festival is honored to host the world premiere of this comic book thriller as our core gala selection.”

2. The coveted 2022 Tribeca Film Festival has announced that BJ Novak’s film Vengeance will be her feature film, which will premiere at the festival on June 12, 2022.

The film “Vengeance” was written and directed by BJ Novak. The film was produced by Jason Blum’s Blumhouse Productions in association with Greg Gilreath and Adam Hendricks under their Divide/Conquer banner.

The official trailer for the highly anticipated dark comedy thriller Vengeance has been released worldwide. You can also view it here.