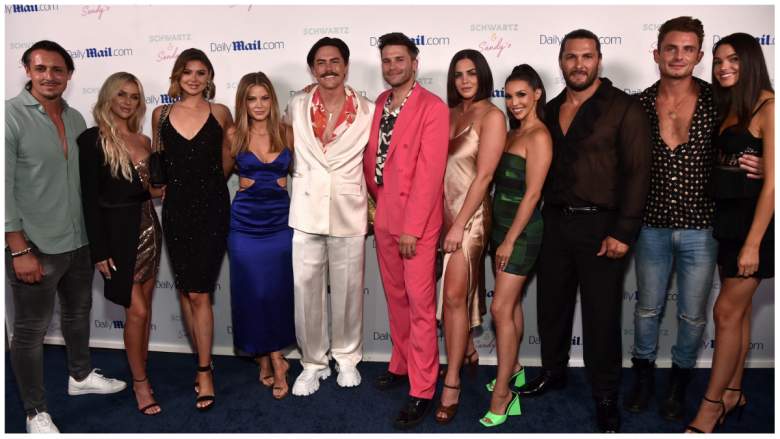 Schwartz & Sandy’s is nearing opening to the public. The spinoff bar, co-owned by ‘Vanderpump Rules’ stars Tom Sandoval and Tom, had a soft opening in July and will be open to the public soon.

During an interview on the Deux Me After Dark podcast in May 2022, Sandoval teased a midsummer grand opening for the bar and restaurant at Franklin Village. “We don’t have a fixed date, but it looks like we’ll open in July, towards the end of July,” he said at the time. “We pretty much had to commit to an event, so we need to be ready for that event in July. So we will probably open there to the public very shortly after that.”

The event was a launch party hosted by The Daily Mail. In photos shared on social media, ‘Vanderpump Rules’ stars Lisa Vanderpump, Ariana Madix, Katie Maloney-Schwartz, Lala Kent, Scheana Shay and Raquel Leviss were seen hanging out with Schwartz and Sandoval in the cocktail lounge celebrated. James Kennedy did double duty as DJ at the party, and “Bling Empire” stars Kevin Kreider and Leah Qin were also guests at the opening ceremony, according to The Daily Mail.

But nearly two months later, the bar is still getting the finishing touches.

On September 17, 2022, several “Vanderpump Rules” stars and other friends attended a food tasting at Schwartz and Sandy’s, according to videos posted to Instagram Stories.

Leviss, who was reportedly dating Schwartz in Mexico last month, shared a video of her at a table with Sandoval’s friend Ariana Madix. “We’re at Schwartz and Sandy’s tonight, we’ve got a delicious sample of the new menu,” she said.

In another video, a guest tried a pasta dish and declared it was “the best pasta I’ve ever tasted.”

Leviss also shared a photo of a slice of strawberry schwartz cake, noting it was “to die for,” as well as a tray of mushroom greyere fritters, which she dubbed “The new goat cheese balls… a must try.”

In an interview with BravoTV.com, Schwartz previously teased a full menu and special cocktails at Schwartz & Sandy’s.

“We want it to be a fun, funky, chic neighborhood lounge, but we wanted to give a little homage to our Midwestern roots,” he revealed. “So let’s make some toasted St. Louis ravioli and a Juicy Lucy Burger.”

The restaurant owner also said there will be St. Louis-style pizza on the menu, while Sandoval unveiled some of the cocktails on the menu, such as an “elephant in the room.”

The videos from Schwartz & Sandy’s food tasting also featured TV cameras in the background, which could mean fans will catch a glimpse of it on next season’s “Vanderpump Rules.”

The meetup came a day after Madix and Maloney had a sandwich tasting for their upcoming business, the Something About Her sandwich shop.

A Vanderpump Rules fan account teased that the Something About Her food tasting was filmed for part of the show’s Season 10 finale. Photos posted to Reddit showed actress Lala Kent holding up a sandwich, and her caption read, “I trained for the day. Something about their sandwich tasting.

In a separate IG story, Leviss revealed that the cast were headed to Las Vegas to film the finale of Vanderpump Rules.