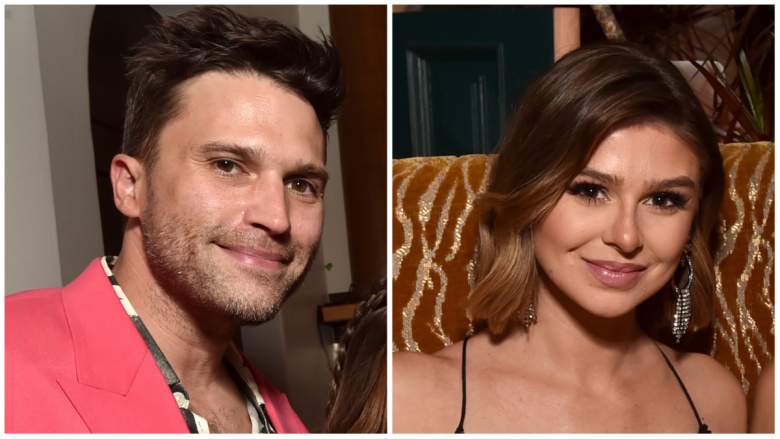 ‘Vanderpump Rules’ stars Tom Schwartz and Raquel Leviss were spotted in town together weeks after meeting at Scheana Shay and Brock Davies’ wedding in Mexico.

The single bar stars – Leviss ended her engagement to James Kennedy in December 2021, while Schwartz and his wife Katie Maloney split in March 2022 – were recently photographed at a West Hollywood bar looking pals.

According to a source for Hollywood Life, in August 2022, Maloney walked in on Schwartz and Leviss as they were making out hours before Shay’s wedding ceremony in Cancun. Insiders said the explosion was caught on camera.

Maloney ended up skipping the wedding, but Schwartz and Leviss, who were both in the wedding party, were later spotted “making out at the after-party,” an insider said. Another witness told Us Weekly that “there was quite a bit of drinking and that more than just kisses ‘happened’ between the two co-stars.

Schwartz and Leviss have not confirmed the connection story, but co-star Lala Kent was “disgusted” by it all, she told Radar Online.

Schwartz and Leviss also did nothing to dispel the rumours. Not only were the two recently spotted together in West Hollywood, but they’ve also been spotted cozying up at a bar.

Fans aren’t sure what to think of Schwartz and Leviss’ newfound friendship. The Schwartz & Sandy co-owner previously admitted he never “invested” in meeting Leviss when she was dating Kennedy. But the two seem to be making up for the lost time.

In a new photo posted by fan account @RealVanderpump, Schwartz was seen drinking a shot from a syringe as he clasped the hand of a woman who appeared to be Leviss. Leviss’ face isn’t visible in the picture, but the hairstyle looks similar to hers. Real Vanderpump noted that Leviss and Schwartz were spotted “making out, partying … and having a great time” at The Bayou nightclub in West Hollywood. Internet star Joe Hollywood told the outlet, “They were so cute together.”

Just the night before, Leviss shared photos on her Instagram Story of a night out with friends at Tom Tom, another West Hollywood bar Schwartz has an interest in.

In the comment column, fans reacted to the new photo. Some followers have accused Leviss of “trying to secure her spot on Vanderpump Rules.” Others berated her for “dating” her friend’s husband and berated her for breaking the “girl code”.

“I couldn’t hate this more,” wrote one commenter.

“There’s a million people they could hook up with and they still go around with the same old cast,” wrote another.

“Honestly… Why?” another intervened.

But others said they were there for it.

“Good for you!” A fan wrote about Schwartz and Leviss.

“Ohhhh wow I can totally see them together now. Can’t wait to watch,” agreed another.

Heavy has reached out to Leviss’ rep for comment on the photo, but has yet to receive a response.

When Schwartz guest-starred on the “Scheananagins” podcast in August 2022, Shay told him that Leviss made the comment, “Yeah, I haven’t made out with Schwartz yet…”

While some years have accused Leviss of stalking her “girlfriend’s” husband, that’s not exactly the case. A source told Us Weekly that Leviss and Maloney are “not close.”

“She has no regrets,” the source said of Leviss and her move to dating Schwartz. “Katie is the one who made the decision to divorce Tom. Whatever he does with another girl is none of her business, friends believe.”