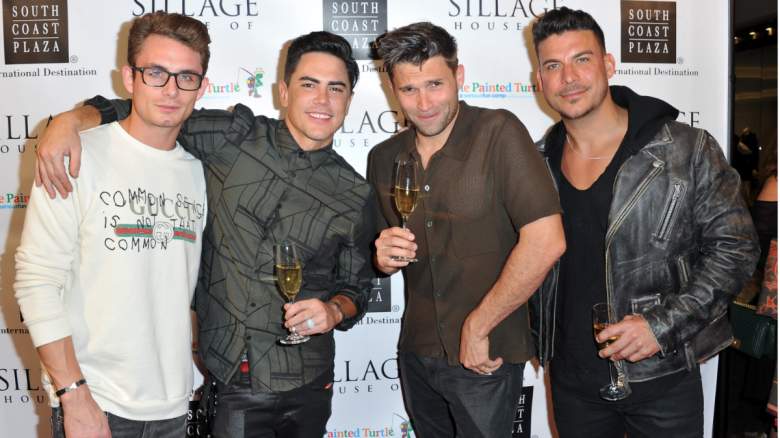 A Vanderpump Rules alum has opened up about his anxiety, which has reached an all-time high since becoming a father.

Jax Taylor sat down for a chat on The Baby Dude podcast, in which he shared how he feels about being a new dad and how he’s been at home with a 1-year-old.

“I’m all about those dad podcasts,” Taylor said. “Anything dad related, I’m in. I’m all in. This is what I’ve waited my entire life to be a part of this father cult — this father phenomenon,” he continued, adding that he was really looking forward to doing things with his son, Cruz, just like his dad was doing with did to him when he was young.

“He’s mobile, let’s put it that way,” Taylor said. “The latest thing now is to climb on the couch and get up on the couch. It scares me to death,” he added.

Ever since becoming a father, Taylor has found living in California challenging.

“I get scared when I leave my house,” Taylor said on The Baby Dude podcast. “I really haven’t [think] that the pandemic did something to me, but now that it’s all coming back to life, I realize that it did. I just get paranoid when I go out. I am getting scared. I don’t want to leave my house. I like to stay at home. But sometimes as soon as I step out of my driveway, I just worry like, ‘What’s going to happen now? What’s going to happen next?’” Taylor explained.

Taylor said if Cruz was old enough to ride his bike around the neighborhood, he wouldn’t feel comfortable letting him do it alone. The former reality star compared life in 2022 to his childhood and pointed out some major differences in the way people live now and then.

When asked how comfortable he was raising his child in Los Angeles, Taylor replied, “I don’t.” He thinks he and Brittany Cartwright will be raising Cruz in the Midwest or Florida once he’s a little older – probably before he goes to preschool.

This was a conversation Taylor and Cartwright had many times, and they’ve both spoken about it in various interviews. During her meeting with Scheana Shay on the Scheananigans podcast, Cartwright said a move was on the cards.

“We talk about it, every other day it changes. I think it all depends – you know, we’re working on some projects and stuff – and I think it just depends on how these things go, whether we move or not. But if not, why not be closer to our family?” said the mother of one on the July 1, 2022 episode.

It’s not going to happen right now – until we know a little more about our future and everything. But… Jax is so sick of LA. He’s just so exhausted and so over it. He’s been here a long time… He’s from Michigan and I’m from Kentucky. It’s so different. I think he’s just getting tired,” she continued, adding that her LA home isn’t for sale yet.

The stunning jet boat “Shark” can reach 60 miles per hour, go under water for 15 seconds and jump 18 feet in the air

The stunning jet boat “Shark” can reach 60 miles per hour, go under water for 15 seconds and jump 18 feet in the air