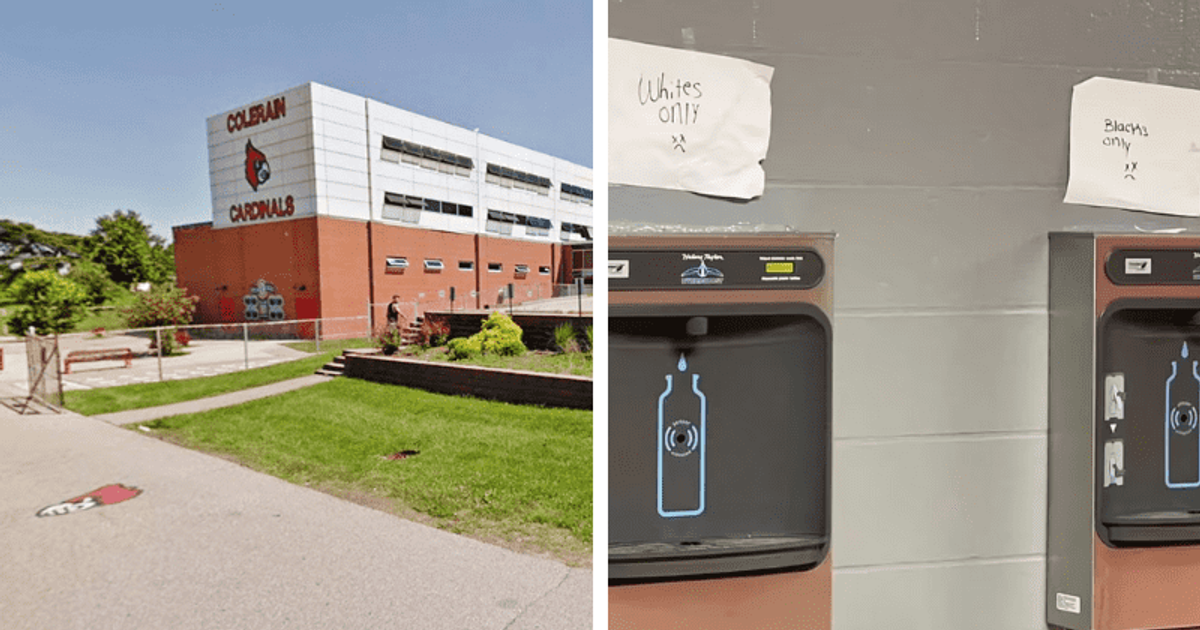 A representative from the Northwest Local School District said the perpetrators were subject to “significant disciplinary action.”

The principal of Colerain High School in Ohio, in a letter to parents, confirmed the authenticity of a viral photo of racist posters hanging over campus water faucets. On May 5th, two water fountains with handwritten posters were photographed and shared on Snapchat. “Whites only,” read the left side. “Blacks Only” was written on the right side. Each poster was accompanied by a frowning face emoji.

According to Principal Erin Davis’ letter, two children were identified as perpetrators of the racist remarks. According to Davis, authorities were aware that a photo of the sign was circulating on social media. Any student discovered to have helped distribute the photo will face disciplinary action, according to the principal.

The letter ended with the following message: “As a school community, it is our responsibility to ensure that our CHS family upholds and lives out these values. We will not tolerate intolerance of any kind and will discipline any student who engages in exhibiting intolerance.”

A representative from the Northwest Local School District said the perpetrators were subject to “significant disciplinary action.” The posters were only hung for about 30 seconds, according to the representative, while the children photographed them. The children who put up the signs also took them down. Staff and other students were unaware of the posters until the photos surfaced online. Colerain Township is north of downtown Cincinnati.

A mother of a student at the school told Fox19: “These water fountains were labeled ‘black only’, ‘white only’ which set us back so many generations. My heart sank. My heart sank. I couldn’t believe it was so offensive.” She also criticized the school’s threat of disciplinary action against children who shared the picture online. She said, “These kids were hurt, and these kids wanted to know they were hurt, but the school tried to silence her.”

Another parent, who also has their child at Colerain High School, told the station, “It’s a hate crime. It’s racism being swept under the rug. let’s change something Let’s talk about this stuff.

According to US News & World Report, black students make up 30% of Colerain’s 1,730 students, while white students make up 49%. The posters reference Jim Crow’s legislation that separated amenities like drinking fountains and bathrooms between blacks and whites. The Civil Rights Act of 1964 made racial discrimination illegal. After that legislation and the Voting Rights Act of 1965, the Jim Crow laws became obsolete. This is the latest in a string of alleged racist incidents in high schools across the United States.