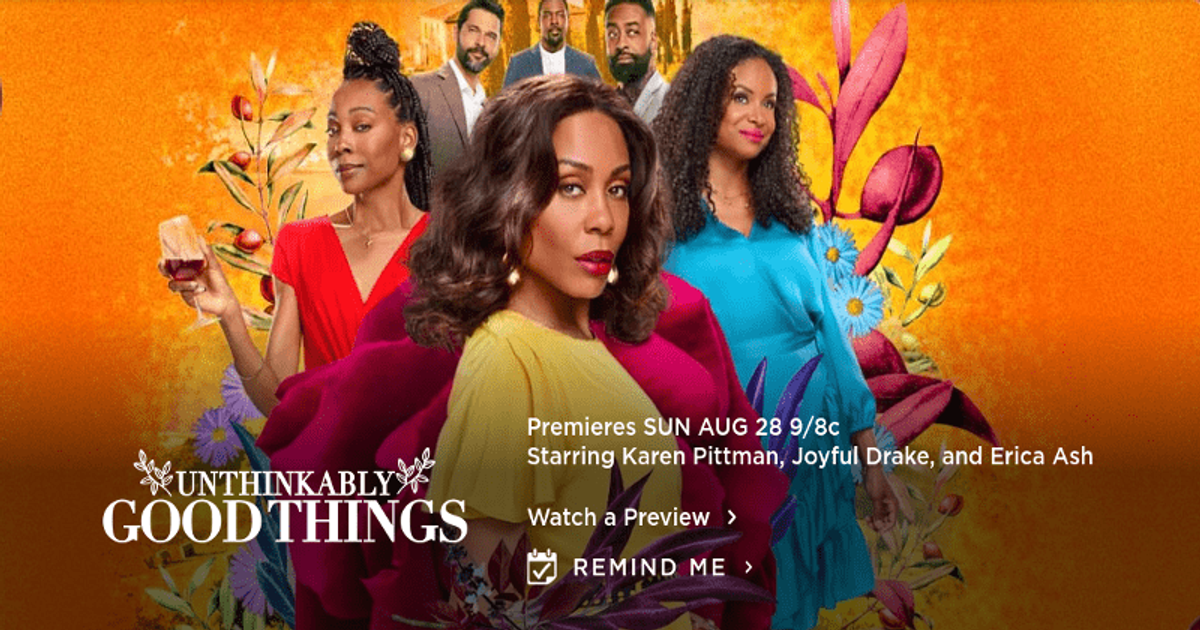 This year, Hallmark has served us up a buffet of great movies and series worth checking out. “Unthinkably Good Things” under the Mahogany banner is one of those, premiering on August 28th. The Crown Media Family Network welcomes diversity with a new look at content through the lens of the Black experience on Hallmark Movies and Mysteries, and we’re all here for it. Tony Judkins, SVP Program Development at Crown Media, will oversee the initiative working closely with the legacy brand’s team at parent company Hallmark.

According to the DailyLocal, Wonya Lucas, President and CEO of Crown Media, said in a statement, “We are so proud to announce Mahogany, a program brand extension that allows us to unite our audience around Hallmark’s universal values ​​while also allowing us to Drawing on the distinctive voice of beloved Card Line, this launch marks a pivotal moment in our evolution as we continue to bring the Hallmark brand to life in new ways.”

Who is starring in Unthikably Good Things?

The cast of Unthinkably Good Things is star-studded. Karen Pittman is one of the leading actresses most recently seen in the role of Dr. Nya Wallace starred in And Just Like That…, a spin-off of the ’90s series Sex And The City. It’s also her Hallmark debut. In addition to Pittman, who will be starring as Alison, we will also see Joyful Drake as Melina and Erica Ash as Reesa. Lance Gross and Jermaine Love’s characters are yet to be announced.

Unthinkably Good Things is out Sunday, August 28th at 9/8c.

The official synopsis states: “At a crossroads in her career and love life, Allison (Pittman) needs the love and support of her two friends, Melina (Drake) and Reesa (Ash). When they visit her in Tuscany, the reunion causes every woman to reconsider the state of her own life and relationships. Though they have different personalities and perspectives, they know each other’s truths and help make life-changing decisions. Between fine wine, delicious food, a healthy dose of romance, against the beautiful backdrop of Tuscany, the three women embrace the meaning of friendship and inspire each other to make this next season the best yet and take the plunge to embrace life and the… Pursuing the love they’ve always wanted.”

In a recent interview on The Tamron Hall Show, Pittman drew comparisons between her characters on Unthinkably Good Things, The Morning Show, and And Just Like That…

“What I’ve had the privilege of doing in my career, and I feel so fortunate, is to inhabit these women, these African American women who are very ambitious, who are articulating themselves in the world, who are still trying to sum up how it looks, to have it all,” she said. “That’s my role on ‘And Just Like That…’, that’s Allison Cooper on ‘Unthinkably Good Things,’ and Mia on ‘The Morning Show.’ That’s been a great, great journey for me.”

What is the plot of “Unthinkably Good Things”?