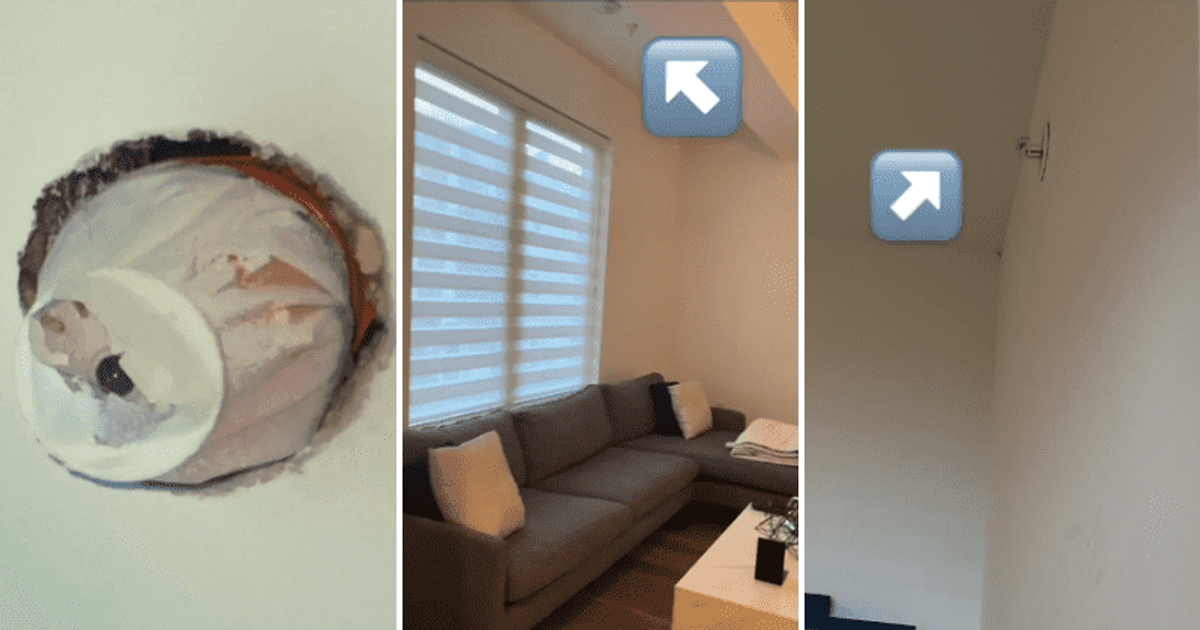 The Twitter user, who goes by the name @foxytaughtyou, advised travelers to be “cautious” when booking accommodation on Airbnb

PHILADELPHIA, PENNSYLVANIA: Airbnb is a popular option for travelers looking for a more authentic experience when traveling, but the home-sharing platform has not escaped negative reviews about the safety and sanitation of its accommodations. A Twitter user recently claimed he spotted several hidden cameras in a property he rented for a girls’ day out in Philadelphia.

The Twitter user, who goes by @foxytaughtyou, claimed in a series of tweets that an Airbnb she rented in Philadelphia had over 10 hidden cameras secretly placed throughout the house, including in showerheads and some even as Camouflaged emergency sprinkler systems. Airbnb has a strict policy stating that cameras are not allowed in bedrooms or bathrooms. The company also requires hosts to disclose whether there are security cameras that can be placed in outdoor areas or common areas and whether active recording is taking place.

The aforementioned Twitter user advised travelers to be “careful” when booking accommodation on Airbnb, and shared images of what appeared to be cameras that she and her friends found “hidden throughout the house” after booking for a stay in Philadelphia . “We noticed that these ‘sprinkler’ CAMERAS were placed in places to have a perfect view of the people. Luckily it was a girls outing so I didn’t have intercourse…but I was naked and had to change in that room,” the user continued.

“The Airbnb was listed under a company name and we never met the owner,” she added. “Every time we’ve tried to call them, they don’t even answer the phone when we arrive. They only respond via text, so we don’t know what they look like, sound like, or if they’re male or female.” According to the women, they were simply moved to another property after reporting the incident to both the Home sharing platform and the Philadelphia Police Department. “We reported this [Airbnb] and Friday noon to the police station and still haven’t received an update on the case,” @foxytaughtyou tweeted on June 13. “We have no idea what footage this owner has and what he’s doing with it! This is so UNSAFE and scary! Thank goodness we noticed the cameras and got out of there!”

In a TikTok video that has garnered millions of views, the user explained that he discovered the devices after returning to the property in the evening and falling asleep on the sofa. When the women woke up in the morning, they noticed a crudely hidden camera on the ceiling was pointed directly at them. “We got the creeps and decided to look all over the Airbnb, all over the ceiling and see if there were any more cameras,” she said in the video. “We discovered that the sprinklers had a camera lens. We sat in the chair and did a flash test with these sprinklers and they are cameras.”

In response to the complaint, Airbnb confirmed that the Twitter user was a customer and that they had taken steps to help her and reprimanded the owner from whom she rented the property. “Our policies strictly prohibit covert cameras and we take strong action in the exceptionally rare instances where this has been reported, including assisting law enforcement to help them hold criminals accountable,” a company spokesman said in a Statement to Entrepreneur.

“In this case, while we thoroughly investigate this report, our security team has suspended this host and removed this post from our platform. We also offer assistance to our guests, including a full refund. For more information on our security camera policies – including bans on covert cameras, as well as bans on recording devices in bedrooms, bathrooms or sleeping areas – click here,” the company added.